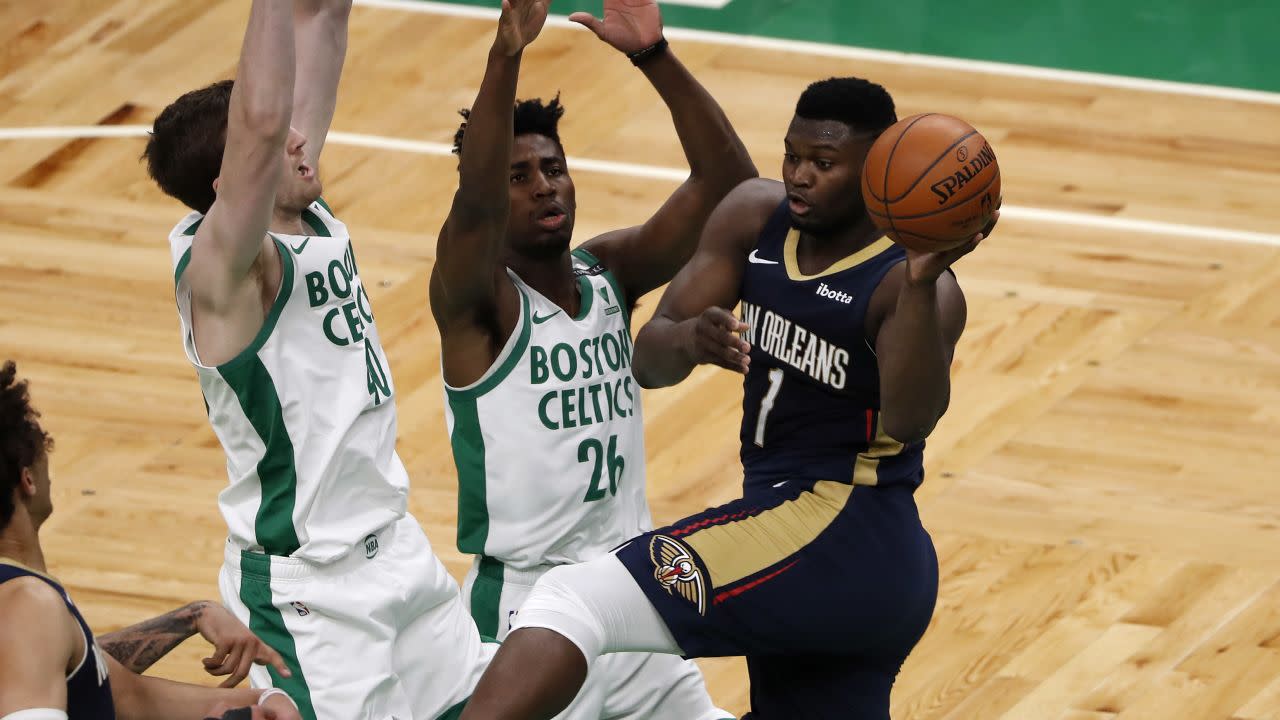 Zion Williamson is dominating the NBA right now, and the Boston Celtics were the latest victim Monday night.

The New Orleans Pelicans defeated the Celtics 115-109 at TD Garden behind Williamson’s team-leading 28 points on 11-for-22 shooting. He also grabbed eight rebounds, dished out three assists and tallied four steals.

Williamson’s excellent performance was his 24th straight game scoring at least 20 points on 50 percent or better shooting. He’s only one game away from tying Shaquille O’Neal’s league record.

Williamson is living up to expectations after the Pelicans selected him with the No. 1 pick in the 2019 NBA Draft. He’s been particularly unstoppable in March, scoring 28.7 points per game on 64.5 percent shooting.

The Pelicans have posted a 7-5 record in March and sit 1.5 games out of a play-in tournament berth in the Western Conference.

New Orleans will need Williamson to maintain his elite form if this team is going to have any chance of reaching the playoffs. The good news for the Pelicans is he seems ready for the challenge. Opponents have had very few answers for combating his size and ability to finish at the rim.