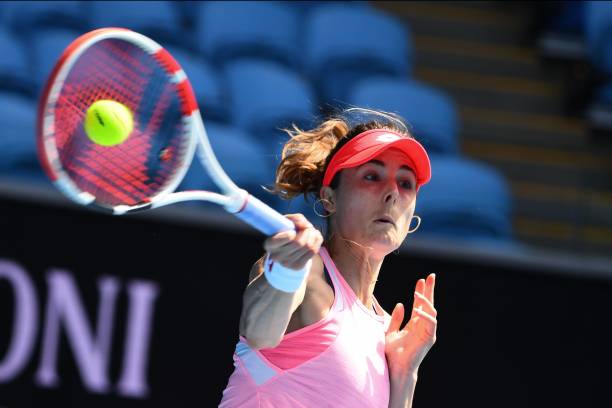 There are plenty of intriguing matches in the opening day of the 2021 WTA Dubai Duty Free Tennis Championships. We predict all the seven matches slated for Sunday, including Cori Gauff vs Ekaterina Alexandrova.

Wang and Kuznetsova are in terrible form right now, and neither player has shown any signs of turning their fortunes around. Kuznetsova has drawn some quality opponents in her three tournament participations, but she has fared dismally. Wang is only 2-6 for the season, and she is a paying a hefty price for a playing a limited schedule in 2020 due to travel restrictions for Chinese players. This is the sort of match where the experience of Kuznetsova will come to the fore. That, along with the 35-year-old Russian’s good record at this tournament should put her in good stead to record just her second tour-level win of 2021.

The head-to-head between Ons Jabeur and Katerina Siniakova will certainly raise a few eyebrows. But it is worth pointing out, Siniakova’s five wins in the series span across the ITF and tour level events. And also, the Czech recorded all those wins before Jabeur’s breakthrough season of 2019. The Tunisian is now a trailblazer in her own country, and there is always the extra incentive of meeting the expectations of the Arab faithful when she plays in these parts. Expect the world no.31 to advance unscathed.

Daria Kasatkina entered this year with a wave of optimism and a point to prove. And it seems the Russian has silenced her doubters in the grand manner. She captured her first WTA title in more than two years at the Phillip Island Trophy last month. After teetering aimlessly just outside the top 70 at the turn of the year, Kasatkina hauled herself to a new spot – world no.58 – with this latest success.

The 2018 Dubai runner-up will play in her first match in more than two weeks against Alize Cornet. The Frenchwoman is in the midst of dwindling run of form. She has won three matches this year, but none of those against a player ranked higher than 74 in the world rankings. Her previous two defeats have come against lesser-ranked opponents; Kimberly Birrell (world no.695) and Clara Burel (world no.218). It would be a major shock if Cornet managed to eke out a result here, against an opponent whose confidence is at an all-time high.

Maria Sakkari has been one of the most impressive and consistent players in this embryonic tennis season. After making back-to-back semifinals in Abu Dhabi and at the Grampians Trophy, her first round defeat to Kristina Mladenovic at the Australian Open came as a huge surprise. But she bounced back emphatically in Doha, where she dismissed Mayar Sherif and Madison Keys without expending too much energy. In the quarterfinals she ran into an in-form Muguruza who ended the Greek’s renaissance. Sakkari will certainly be in buoyant mood against Barbora Krejcikova. The Czech fell in the qualifying rounds in Doha last week, and has the tendency of blowing hot and cold at fluctuating times during the course of the season. Expect the Greek to pull through.