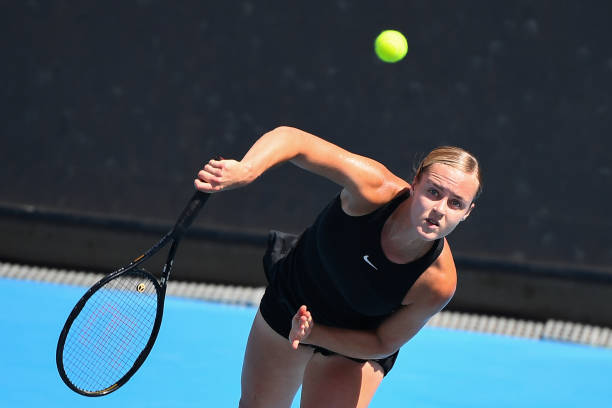 Clay Court tennis returns to the WTA Tour with 250 level action in Bogota this week, Saisai Zheng and Anna Karolina Schmeidlova are among the players in action. We have predictions for all WTA and ATP matches this week including Bogota and Charleston.

Zheng was a quarterfinalist in Monterrey, it’s been an otherwise quiet season so far but she has a much stronger record than Arconada overall Arconada is showing signs of a rise but this is her first WTA main draw match of the season. Zheng looks well positioned to advance. Zheng in 2

Yafan Wang hasn’t won a match in 2021 while the home player Arango has yet to make it on the WTA tour. Playing at home on clay I expect Arango to put in her best effort and upset isn’t out of the question given how poor Wang has played the last year, despite Arango’s limited match record at this level this tournament is due to see some upsets. Arango in 3

Bolsova qualified in Miami and those victories represent all but one of her wins during the 2021 season. Schmiedlova was a double quarterfinalist in Mexico, and although she came up short in Miami qualifying she looks well positioned to do well in this tournament. This is a great matchup, with Schmiedlova at an advantage. Schmeidlova in 3