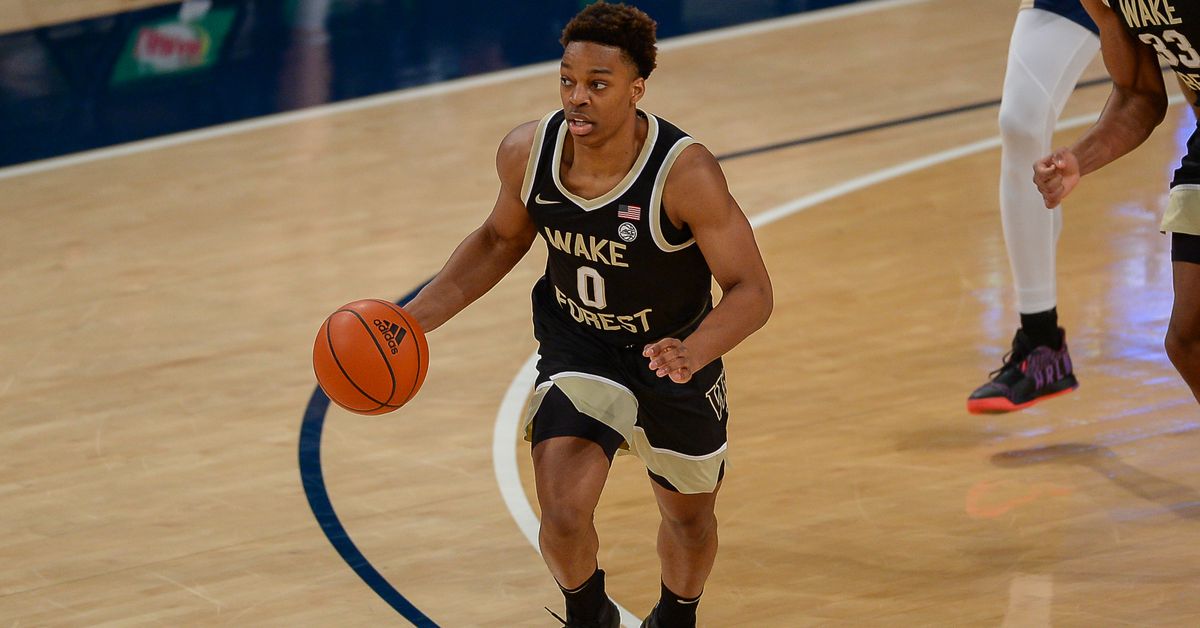 The Wisconsin Badgers men’s basketball team have been on the prowl in the transfer portal for a couple more pieces to add to next season’s team and late Thursday night/early Friday morning it appears that Greg Gard has found one of the pieces he was searching for. Jamie Shaw, who works for Rivals, reported that Wake Forest sophomore guard Jahcobi Neath would be joining the Badgers.

“It’s a new life for Jahcobi, at Wisconsin, after the coaching change. At 6-foot-4, 200-lbs. he is athletic strong and aggressive. He is looking to get back to his former self and make a big impact at Wisconsin.” ~Neath’s @Crestwood_Hoops Coach Ro Russell @Badger_Blitz https://t.co/AA8xbIyghh

“It’s a new life for Jahcobi, at Wisconsin, after the coaching change. At 6-foot-4, 200-lbs. he is athletic strong and aggressive. He is looking to get back to his former self and make a big impact at Wisconsin,” Neath’s high school coach at Crestwood Prep, Ro Russell, said.

His official Wake Forest bio lists Neath at 6-foot-3 and 200 pounds, but we can quibble about his height in a different post. The former 3-star prospect out of Toronto, Ont. played his high school ball at Crestwood where he led the Lions to the 2019 national championship and was named the 2019 MVP of the Canadian National Preparatory Association. Neath also represented his country on the U-19 and U-18 teams.

Wake was his only Power 5 offer out of high school, but he also had mid-major offers from St. Bonaventure, San Francisco, Canisius, Tulane, UCF, UTEP, UTSA and Western Kentucky.

Neath saw a reduced role with the Deacs during his sophomore year, going from 18.5 minutes per game as a freshman to 15.8 as a sophomore and he didn’t even play at all in the last two games of this past season.

He saw a dip in every one of his stats, except for free throw shooting which went up from 58.5% to 90.5% in his second season. His points per game went from 5.3 to 3.8, rebounds from 1.9 to 1.8 and assists from 2.2 to 1.7. His shooting percentages also went down from 42.2% to 35.7% from the field and, disappointingly, from 48% to 22.2% from three. It should be noted that his rebounding percentage actually went UP, but his counting stats were down due to playing fewer minutes.

I’m struggling to understand the wild differences in his shooting percentages. He actually shot more threes as a sophomore (26 to 25) than as a freshman but just couldn’t find his stroke. That makes little sense since his free throw percentage skyrocketed between his first and second season, although he shot far fewer as a sophomore so maybe it was just a hot streak? If Wisconsin can get Neath to settle into the 38-40% range from three, he’ll be a very valuable guard off the bench.

As I went back through my notes from the 2020-2021 season (note: these do NOT exist) I discovered that I hadn’t watched a single Wake Forest game so I can’t intelligently discuss what sort of defender Neath is, but his defensive box +/- on Torvik’s site show that he’s probably not a plus defender but also won’t be a liability.

The Badgers will have an extremely young backcourt next season, even with the return of super senior Brad Davison. Freshman Lorne Bowman (who was not with the team last year for personal reasons) and true freshman Chucky Hepburn are the heir apparents in the backcourt while Jordan Davis and walk-on transfer from UNLV Isaac Lindsey should also be in the mix.

Wisconsin still has one open scholarship slot on the roster and one would assume that, if they choose to use it, they’ll be searching for a veteran big man to round out their rotation next season.