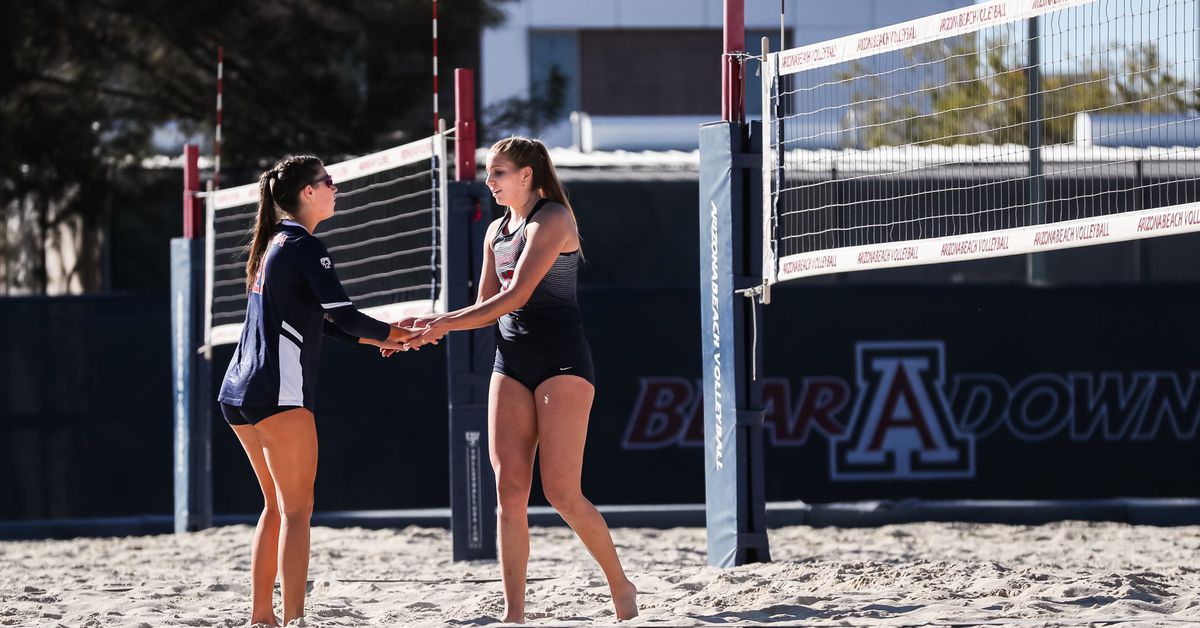 Editor’s note: With so many sports going on this spring, we are re-introducing the Wildcat Wrap, a weekly recap that will focus on the Arizona programs that we do not have the time to cover on a regular basis but are certainly worthy of recognition.

Arizona men’s tennis swept Arizona State in Tempe on Saturday, ending a 15-year losing streak to the Sun Devils and in the process clinching the No. 2 seed in this week’s Pac-12 Championships.

Arizona needed no time dismantling its rivals Saturday despite not having beaten ASU since 2006. The Wildcats won the doubles point, then breezed through singles via wins from Herman Hoeyeraal, Gustaf Strom and Jonas Ziverts.

No. 21 Arizona concludes the regular season with a 18-6 record, which sets a program high for wins.

The Wildcats tied USC for second in the conference behind Stanford but, Arizona won the tiebreak over the Trojans by beating them in Tucson last month.

Arizona will face Utah in the opening round of the Pac-12 Championships this Saturday. The Wildcats should be plenty motivated for the matchup given that they were upset by the Utes in Salt Lake City on April 11.

If Arizona beats Utah, it will face the winner of USC/Oregon in the semifinals Sunday.

The No. 9 Wildcats capped off a perfect 4-0 weekend with a historic win over No. 15 Hawaii, their first over the Warriors in program history.

Competing at the University of Washington Invitational, Arizona (20-4) topped Hawaii 4-1 Sunday. The top-seeded pair of Alex Parkhurst and Alana Rennie inched out the decisive third point by way of a 21-19, 17-21, 16-14 battle.

Earlier Sunday, the Wildcats beat tournament host Washington 4-1. Parkhurst and Rennie were the only pair to lose their match to the Huskies.

Two days earlier, Arizona competed at the Boise State Invitational, where the Wildcats swept Utah 5-0 and defeated the host Broncos 4-1.

The Wildcats are now 7-2 against Pac-12 foes with ranked conference wins against Stanford and Cal.

Arizona is line for the No. 3 seed at next week’s Pac-12 Championships in Los Angeles, where the nation’s top ranked teams, USC and UCLA, await.

Track and field sent split squads to the West Coast Classic on Saturday, with distance and throws competing at Oregon’s Hayward Field and sprints and jumps competing at UA’s Roy P. Drachman Stadium.

Both the men’s and women’s programs entered the weekend ranked nationally (men at No. 13, women at No. 18), and they solidified those rankings with several top performances.

Kaelyn Shipley broke Julie DeMarni’s 2002 school record in the javelin throw with a mark of 51.02m (167-4). Shipley, a redshirt sophomore from Kalama, Wash., only began competing in collegiate meets last month but appears destined for a prolific outdoors career.

Arizona extended its dominance in throwing contests with two more event wins. Jordan Geist won the men’s hammer throw with a mark of 71.19m (233-6), while Samantha Noenning topped the women’s shot put with a mark of 18.17m (59-7.5).

Back in Tucson, Arizona swept the men’s and women’s high jumps with wins from Lillian Lowe and Justice Summerset. Lowe cleared 1.78m (5-10), while Summerset earned a 2.21m (7-3).

Head coach Fred Harvey once again has his program competing at the upper echelon of the Pac-12. Saturday’s results showed that Arizona isn’t far behind perennial power Oregon.

No. 20 men’s golf concluded its regular season with a ninth place finish at ASU Thunderbird Collegiate in Phoenix. Arizona finished 16-under par across three rounds, which was seven strokes out of the top five but well behind tournament champion TCU (-34).

Chase Sienkiewicz finished in a tie for sixth overall individually, shooting a career best 203, or 10-under par. Brad Reeves was Arizona’s next top finisher with a 6-under par, good enough for 17th place.

The Wildcats will now gear up for the Pac-12 Championships, which begin Monday, April 26. Arizona has held its own with conference competition for much of the season but will likely need some luck to topple Pac-12 front-runner ASU.

No. 24 women’s golf is set to compete at the Pac-12 Championships beginning this Friday. The Wildcats are coming off a somewhat disappointing seventh place finish at the Branch Law Firm/Dick McGuire Invitational in Albuquerque, N.M. last week.

Arizona shot a 15-over par across the three-round event, far off tournament champion Denver’s score of even par. The Wildcats placed behind conference foe Washington and several mid-majors including Pepperdine, Grand Canyon, New Mexico and New Mexico State.

Therese Warner was the Wildcats’ top finisher at the event, shooting even for 7th place in the individual contest. The Wildcats were competing without their best golfer, Vivian Hou, the former World Amateur No. 1.

Arizona enters the Pac-12 Championships as the fifth highest ranked Pac-12 program according to Golfstat.com. UCLA and Oregon State are right behind UA in the polls, as well. The event will be held at Stanford Golf Course, which certainly favors the host Cardinal.

The Wildcats should be safely in the NCAA Tournament field regardless of their outcome this week. However, a top-three showing would greatly improve the team’s confidence heading into NCAA’s, which take place next month.

Arizona closed out the regular season with a 4-0 loss to No. 33 ASU Saturday.

Jelena Lukic, No. 112 in the latest ITA Singles Rankings, won her first set on the top seeded court and was tied 6-6 in the second set when her match was declared unfinished.

The Wildcats will enter this week’s Pac-12 Championships as the No. 10 seed and face No. 7 seed USC on Friday. The Trojans topped the Wildcats 6-1 in Tucson earlier this month.