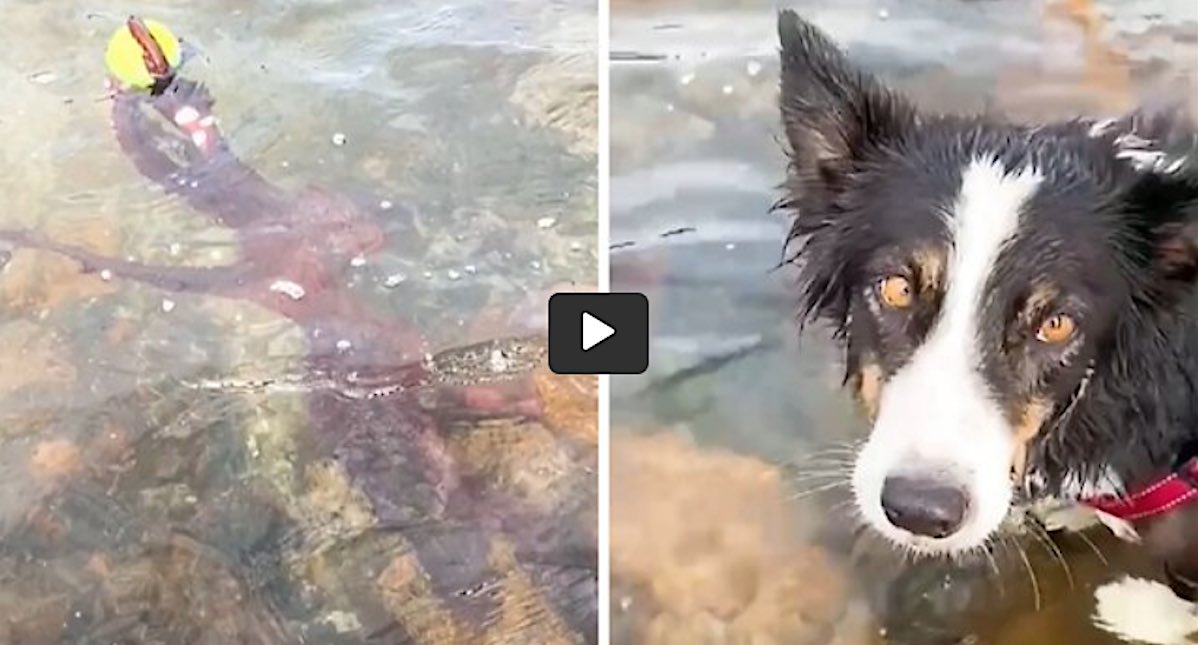 Border Collies are among the friendliest and most inquisitive dogs around.

But Lucy doesn’t know what to make of the underwater creature that confiscated her tennis ball.

Almar Creighton was exploring the tide pools along the South African coastline with Lucy on her daily outing, when they encountered an octopus who was also very inquisitive.

When Lucy’s ball went into the water and she made her way to retrieve it, suddenly the mollusc emerged from under a rock and took control of the floating ball right in front of her.

“Lucy seemed very confused about how to handle this matter but she let the octopus check out her ball without a complaint,” says Almar, who adopted the pup six years ago.

The octopus seemed to be in the mood for a little mischief and he wrapped his tentacles around the ball and dragged it under the water.

“Lucy looked at us questioningly, as if asking what to do next.”

She staried at the tidal pool for 20 minutes, hoping to see a tennis ball rise up to the surface but no luck.

Octopuses are very intelligent sea creatures who can solve puzzles, and presumably was ‘having a ball’ trying to keep the ball submerged under a rock.

And, speaking of tennis… this cat named Quincy is practicing to become a table tennis partner for his owner.

Obviously, his reflexes are cat-like. WATCH his prowess at the net…

WOW! Penguin Leaps Into a Tour Boat to Avoid Being Eaten By Killer Whales – WATCH