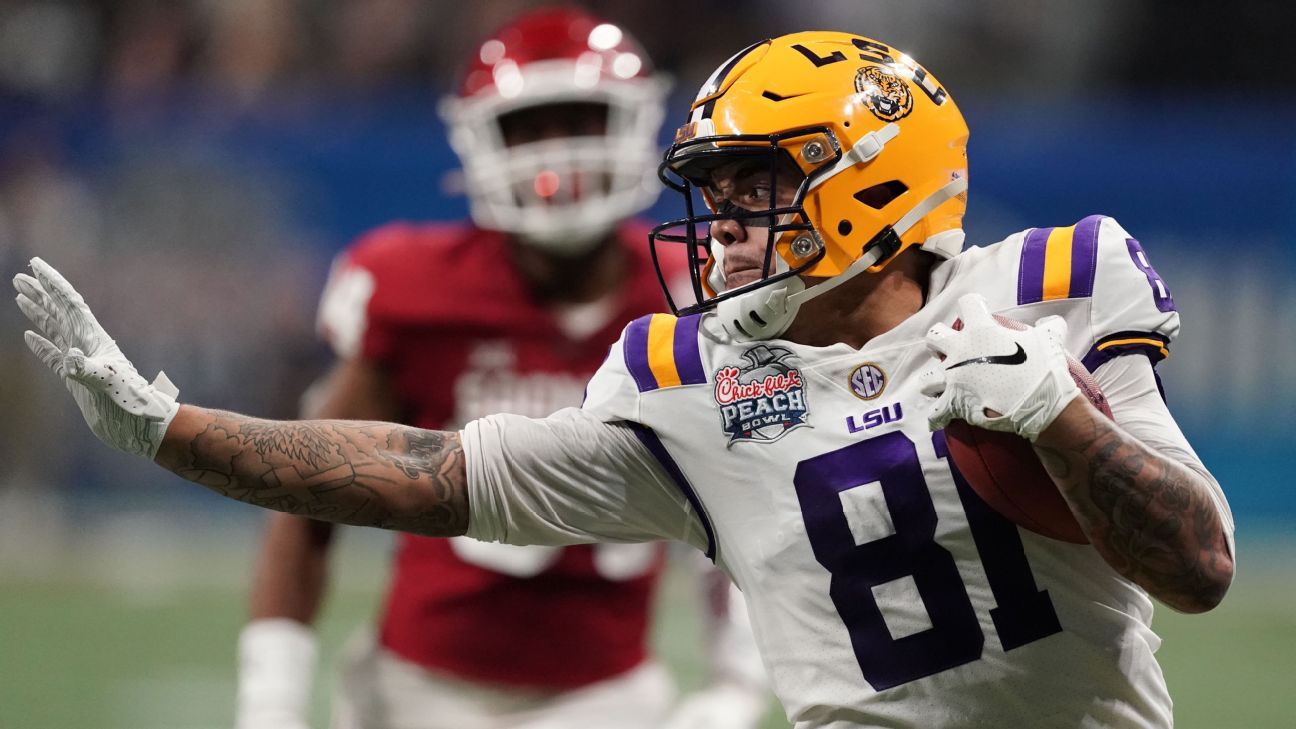 Tight end Thaddeus Moss arrived in Washington hoping to create his own legacy separate from his Hall of Fame father Randy. But Moss will have to do that elsewhere as Washington released him Friday.

Moss signed with Washington as an undrafted free agent following the 2020 draft, and the team had hoped he could develop into a complementary tight end. But Moss missed part of the summer with a foot injury. After the team waived him with an injury designation, and he went unclaimed, he reverted back to Washington’s injured reserve list.

During the medical examination at the 2020 NFL scouting combine, doctors discovered that Moss had fractured his fifth metatarsal bone in his foot, requiring surgery and nearly eight weeks of recovery time.

One source said Moss’ release was more about numbers at the position rather than past injuries.

Moss, whose father Randy starred at receiver for 16 seasons with five different teams, caught 47 passes for 570 yards and four touchdowns for LSU in 2019.