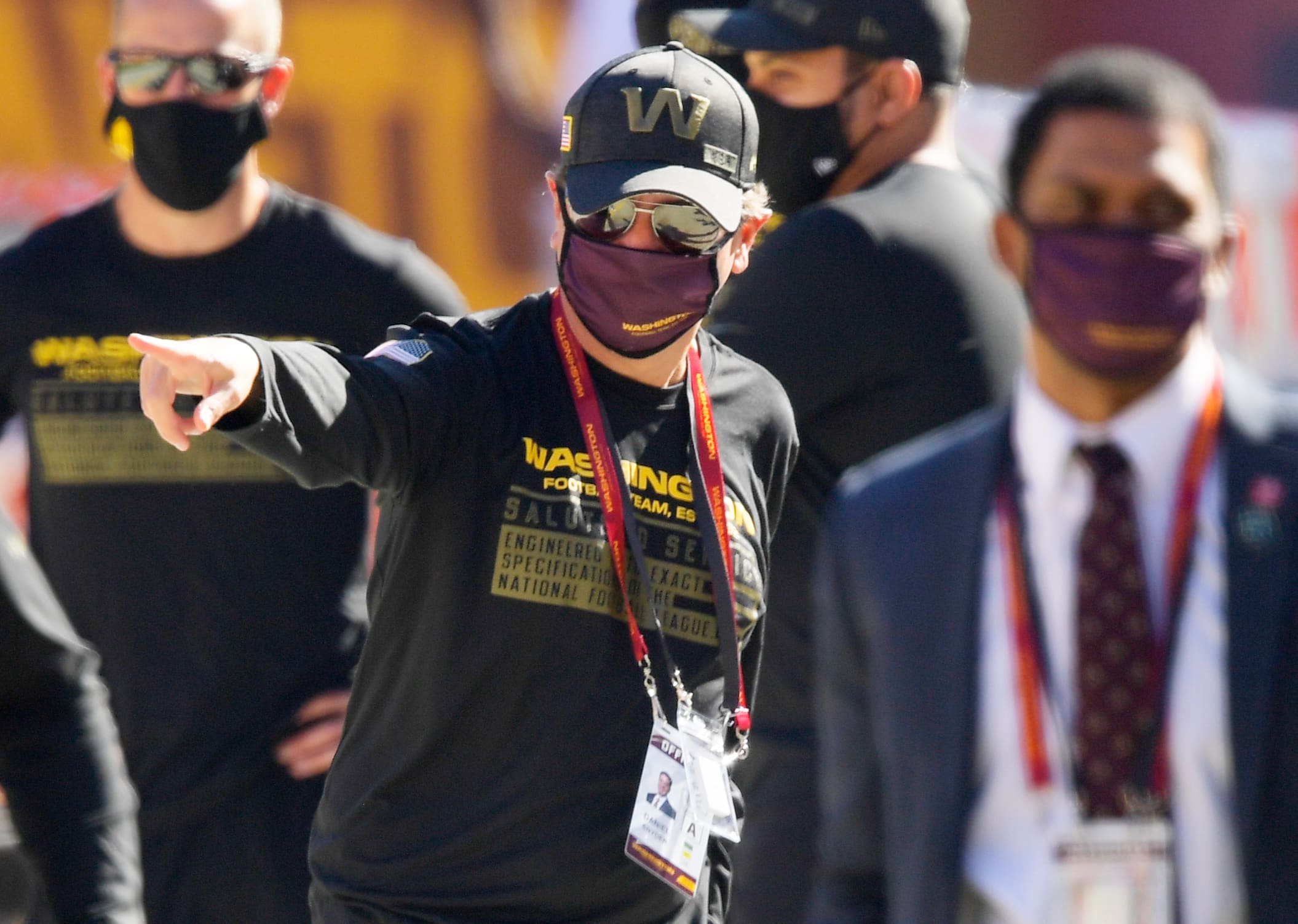 WFT owner Dan Snyder, center, before a game between the Washington Football Team and the New York Giants at FedEx Field in Landover, MD on November 8, 2020.

Washington Football Team owner Dan Snyder is close to buying the minority shares of his club for more than $800 million, The New York Times reported Wednesday.

Snyder will seek approval from National Football League owners to take on $450 million in debt to buy the remaining 40.5% of the club’s shares for $875 million, the Times said. The move would give Snyder complete control of the team.

NFL owners are scheduled to vote on Snyder’s debt request next week.

“The transaction is subject to three-fourths approval of full membership-24 of 32 clubs,” the NFL said in a statement. “The annual league meeting is slated for Tuesday and Wednesday, at which time there would be a vote.”

Owners of the minority shares include FedEx CEO Frederick Smith, who pushed for the team to drop its former name last year. Team sponsors, including Bank of America, Nike, Pepsi and FedEx — which owns the naming rights to the team’s home stadium in Maryland — came out against the previous team name. This prompted Snyder, 56, to change the name.

The issue was part of a rocky 2020 centered around alleged misconduct in the club’s workplace.

The team is under an independent investigation by attorney Beth Wilkinson after a report last summer in The Washington Post alleged sexual harassment and mistreatment of female employees.

The team made the playoffs for the first time since 2015 last season, falling to eventual Super Bowl champion Tampa Bay Buccaneers in an NFC wildcard game.

Snyder took over ownership when he purchased the team for $800 million in 1999. The team is now worth $3.5 billion, according to Forbes, which noted the club brings in roughly $500 million in annual revenue.

Read more about Snyder’s move to take control of the team in The New York Times report.

Maryland men’s basketball is supposed to be better than this