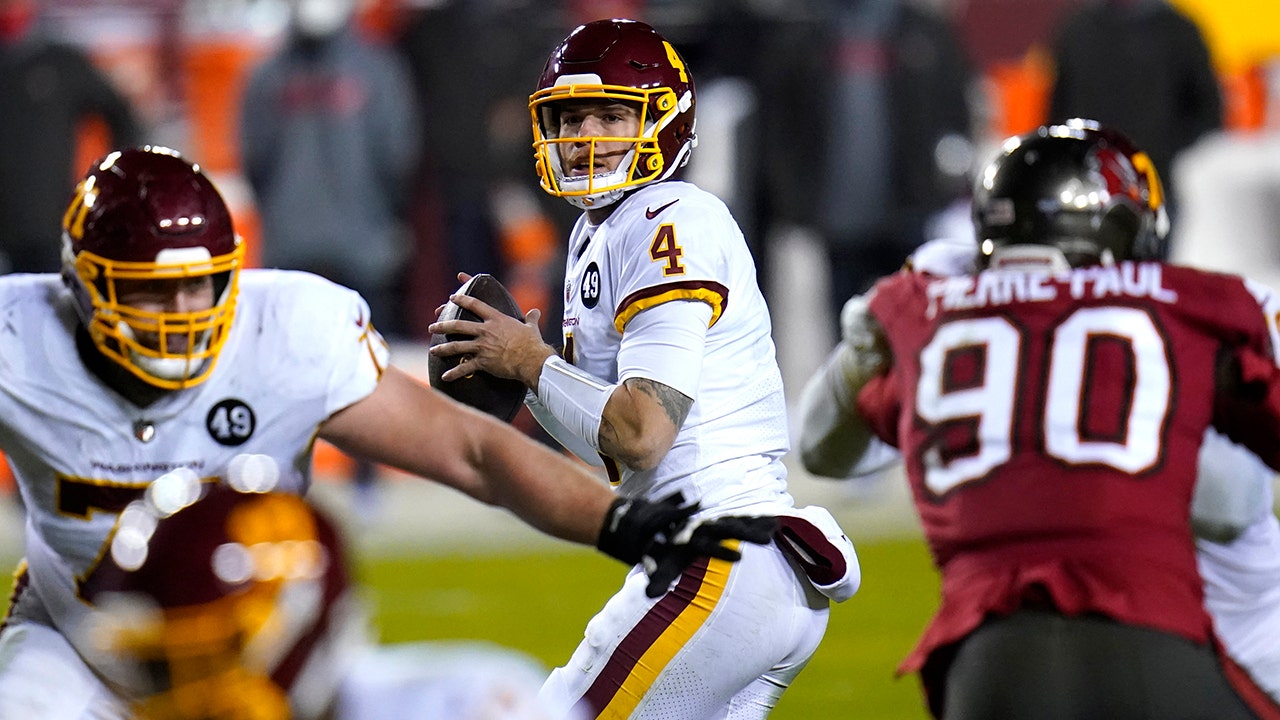 Long the Washington Redskins, the iconic NFL franchise finally shed the nickname last year after decades of pressure from liberal activists. But Post columnist Barry Svrluga has found issue with several potential replacements, including “Red Tails,” the nickname for the Tuskegee airmen who were the first Black aviators in U.S. military history, and even “Warriors.”

“But Red Tails would also unwittingly tie the franchise to outdated, Jim Crow thinking, to a time when the U.S. military was segregated,” Svrluga wrote. “What those men went through in fighting for a country that didn’t see them as equal should be remembered and revered. But naming a franchise for them would only remind new fans about an era in American history we’re still struggling to move past. Well-intentioned but off base.”

As for “Warriors,” the same name of the Golden State team that’s won three of the past six NBA championships, that’s “fraught, too,” Svrluga mourns.

“Marquette University abandoned it as its nickname way back in 1994 — replacing it with Golden Eagles — because so many of the school’s old logos depicted cartoon images of a Native American warrior. Even now, the NBA’s Golden State Warriors face pressure to change their name. Given the nickname Washington left in its past, a clean break is in order here, not something that could be tied to the old relics. We want one change, not many changes,” he wrote.

Getting rid of the Redskins name was a pet project at the Post for years. The editorial board celebrated the name change last year but declared it was 50 years too late. Former Post columnist Mike Wise frequently demanded the Redskins jettison the nickname.

The Washington franchise said last year it would go with “Football Team” as a placeholder before deciding upon a permanent replacement.

“So here we are, saying a full-throated ‘yes’ to Washington Football Team,” he wrote. “The font is authoritative, sturdy … Burgundy and gold remain burgundy and gold. It’s comfortable. It’s confident. It works.”

Svrluga also took a dig at Washington, D.C., not being a state, a long-time complaint for Democrats, calling it a place for the “disenfranchised.”

The “Football Team” name may have inspired mockery off the field, but it was more successful than recent versions of the Redskins, winning the weak NFC East in 2020 with a 7-9 record.

The franchise has not won a playoff game, however, since 2005, and it hasn’t won or reached a Super Bowl since 1991. That was also the last year the moribund franchise won at least 11 games in a season.

The Super League Is Dead. Here’s What Sports Learned.