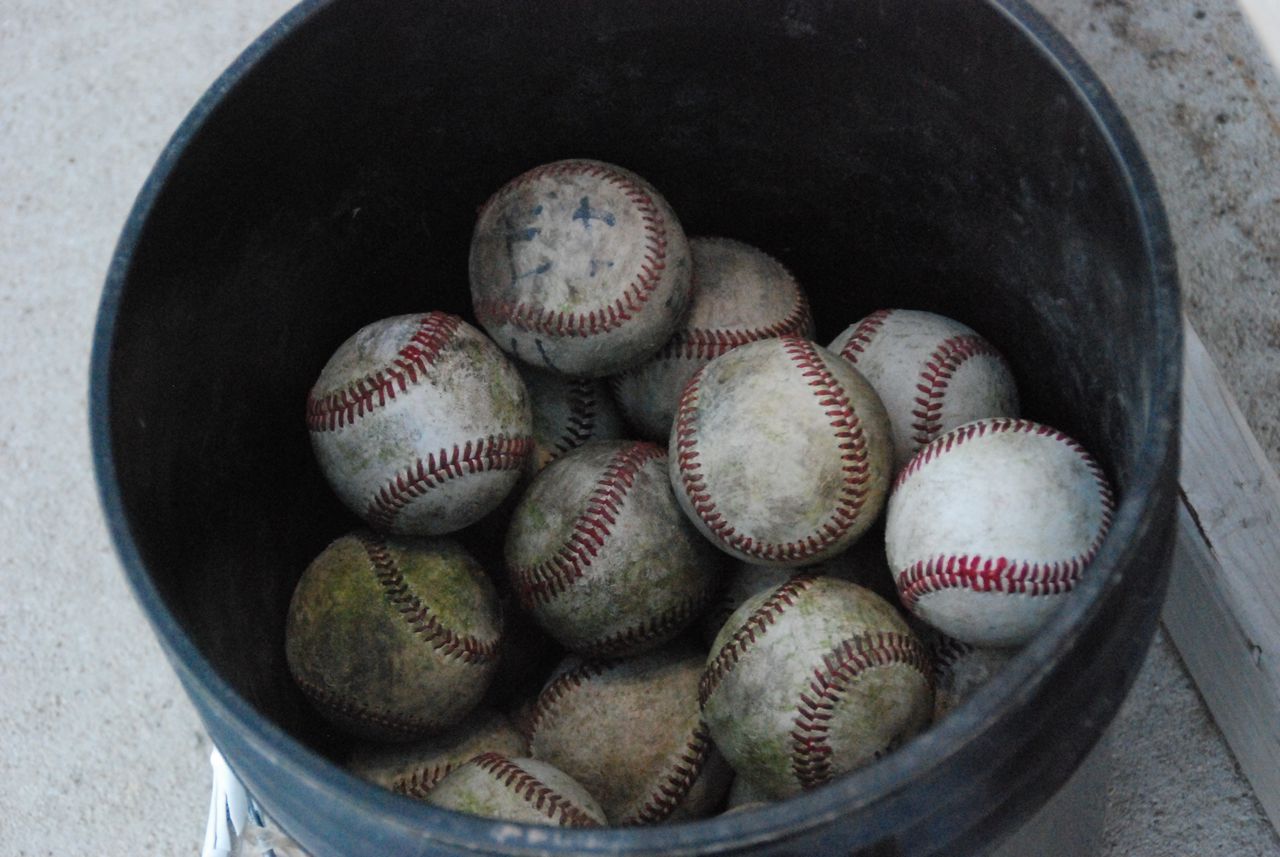 MUSKEGON – You’ve seen Player of the Week fan polls during football and basketball seasons in this crazy, coronavirus-impacted school year.

Now the fan polls are here for spring sports.

Voting will remain open until 9 a.m. Friday. In the meantime, may vote as many times as you’d like.

This week’s nominees were largely generated from daily contest results emailed to Scott DeCamp at [email protected] If you haven’t emailed results yet this season, then please begin doing so as it will help your athletes be selected for the fan poll each week.

Furthermore, coaches who wish to nominate an athlete of the week may do so by emailing [email protected] no later than noon Sunday for the coming week’s fan poll.

Please note that these fans polls and their results have no bearing on postseason recognition.

Here are capsules for the nine athletes in this week’s poll, listed alphabetically:

The junior picked up two pitching victories last week and has continued to produce at the plate for the Wildcats, who were 7-7 overall and 4-0 in the West Michigan Conference entering this week. On the season, Blankstrom is 2-1 on the mound with a 2.29 ERA with 17 strikeouts in 18 1/3 innings. At the plate, he is batting .356 with co-team highs in hits (16) and RBIs (9), plus a team-best seven doubles. In last Wednesday’s 2-0 victory over Muskegon Catholic Central, Blankstrom went 3-for-4 at the plate with a double and an RBI. In a 4-1 complete-game pitching win over Ravenna Friday, he allowed only two hits and struck out six.

The sophomore attacker capped a big week with strong performances Friday and Saturday in a pair of victories for the Sailors’ boys lacrosse team. In Friday’s 16-12 victory over defending conference champion Jenison at Sailor Stadium, Conrad racked up nine goals and an assist. In Saturday’s 14-13 win over crosstown rival Reeths-Puffer, Conrad had five goals and one assist as his team improved to 5-1 on the season. For his efforts against Jenison, he earned “The Chain,” a team award that goes to a top performer for that contest.

The junior is having a big season for the Rockets. Last week, Reeths-Puffer went 3-2 as a team and Duffey played a large role. The right-handed pitcher struck out 53 and issued just five walks. At the plate, she had three doubles, three runs and three RBIs. On the season, Duffey is 4-3 as a pitcher with 67 strikeouts in 32 2/3 innings and she boasts an ERA of 1.923. At the plate, she has two home runs, one a grand slam. The Rockets have a 4-4 record as a team.

The senior goalkeeper has allowed only one goal in the four games she’s played this season, which came in a 1-0 loss to West Ottawa Saturday as the Panthers scored with 90 seconds remaining. An injury to start the season kept Fairfield out of the lineup, but she and her team have been playing well. The Norse are 6-1-0 overall and 3-0 in the West Michigan Conference, including an 8-0 victory over Whitehall and 6-0 win over Montague – two of the better opponents in the league. Fairfield will attend Aquinas College and play volleyball.

The junior has been an all-around standout for the unbeaten Eagles, who enter this week with a 10-0 record. In the last four games, Galdeen has gone 8-for-14 at the plate with two home runs and seven RBIs. In the pitcher’s circle, the right-hander was 1-0 with 12 strikeouts and allowed eight hits and seven runs in 9 1/3 innings. Oakridge has outscored its first 10 opponents by a combined 149-28 margin.

The Bulldogs are off to a 5-1 start and this sophomore is one the reasons for it. In last Friday’s doubleheader sweep of Montague, Gillard was a pitching and hitting standout. In the first game, a 7-2 victory, the right-hander struck out 12, walked three and allowed only three hits. She went 2-for-4 at the plate with a double. In the second game, a 12-3 win, Gillard struck out four, walked one and scattered eight hits. At the plate, she was 2-for-2 with a home run.

Hall, a senior, is the Norse’s No. 1 singles player and she’s off to a strong start this season. She is 8-1 on the season after going 4-1 last week with a victory against Whitehall and winning the championship in her flight at the Reeths-Puffer Rocket Invitational. Hall also was champion of her flight at the Grand Rapids NorthPointe Christian Mustang Quad. North Muskegon coach Cody Liverance said that Hall will most likely be the No. 1 seed at No. 1 singles in this week’s Greater Muskegon Athletic Association Tournament. She won the GMAA No. 1 singles title in 2019, the last time the tourney was held.

The senior had a nice week for the Sailors, who are perfect in conference play and turned in a strong performance at a large invitational on the east side of the state. On Tuesday, Taylor shot 78 to place fifth individually and lead the Sailors to runner-up finish at the Hazen Transfer Invitational hosted by Brother Rice at historic Red Run Golf Club in Royal Oak, where they battled strong winds, fast greens and some of the best teams in the state. On Thursday, Taylor shot 37 in a nine-hole conference jamboree hosted by Zeeland West at Crestview Golf Course.

The Packers senior, who was recently named Michigan’s Gatorade Cross Country male runner of the year, is off to a strong start on the track. On Saturday in the Kathy Talus Invitational, Walker ran a personal- and meet-record in the 1600 with a time of 4:16.5. Earlier in the season, he established a PR in the 400 with a time of 53.93. In his lone 3200 race so far this spring, turned in a 9:28.48. Walker, who will be taking his running talents to Purdue, was an individual state champion in cross country and he led Fremont to its second-straight Division 2 team state title.

If you are unable to view the fan poll above, then CLICK HERE.