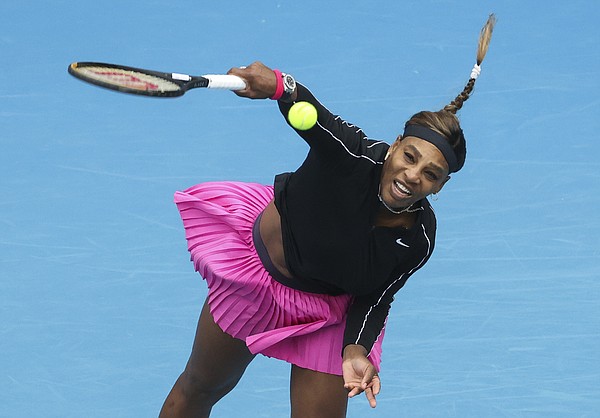 Virus looms large as first major about to start

Easy as it is to assemble a list of significant Australian Open story lines, nothing hangs over the upcoming two weeks quite like questions involving the coronavirus.

There is, after all, still a pandemic in progress.

“During the tough months of quarantine in Spain,” said Rafael Nadal, who equaled Roger Federer at 20 majors — three ahead of Novak Djokovic — by winning the French Open in October, “[there] have been too many problems to think about tennis, no?”

And no matter how much better Australia has contained its covid-19 outbreak than countries such as the United States, a reminder of the precarious nature of a large, international sports event came just a handful of days before the scheduled beginning of the year’s first Grand Slam tennis tournament on Monday: A full day of competition at the half-dozen tuneups in Melbourne was postponed because of a positive test for a worker at a hotel that housed 160 players in January.

The draw for the Australian Open was pushed back a day, too.

Before the 24-hour break was announced, Australian player Nick Kyrgios captured a common sentiment, tweeting: “Am I playing tomorrow?”

“It was a bit of uncertainty,” he said later. “I had no idea what was going on.”

Those sorts of doubts could linger at a major tournament that already was pushed back three weeks from its original start date to allow for all of the entrants and their entourages to quarantine upon arrival on the continent.

Williams, a seven-time champion in Melbourne, said that the Achilles tendon issue that hampered her last year in a loss at the U.S. Open and forced her to withdraw from the French Open might have prevented her from competing at all in Australia if not for that extra bit of rest.

Most participants were limited to leaving their hotels for five hours of training per day. More than 70 players were banned from leaving their rooms at all during that period because they potentially were exposed to the virus during the chartered flights that carried them from various spots in the globe to Melbourne.

“Everyone experienced different challenges when it came to that period,” three-time major semifinalist Johanna Konta said. “Some had it a lot more difficult than others, that’s for sure.”

Because of that one positive covid-19 test, more than 500 people associated with the Australian Open and its warmup tournaments were told to isolate until they tested negative.

Australian Open tournament director Craig Tiley chalked it up as “just one of those additional challenges” and stated unequivocally: “We are starting on Monday.”

“The players, from the feedback we’re getting from them … have come to accept the fact that now, with their travel around the world, the environment’s different. And anything can happen,” Tiley said. “Every day you wake up, it can be different. And I think they have gotten used to that.”

“There’s no such thing as no risk,” said Tiley, offering what he called a paraphrasing of a government official. “There’s always going to be risk. And the objective is to minimize that as best as possible.” 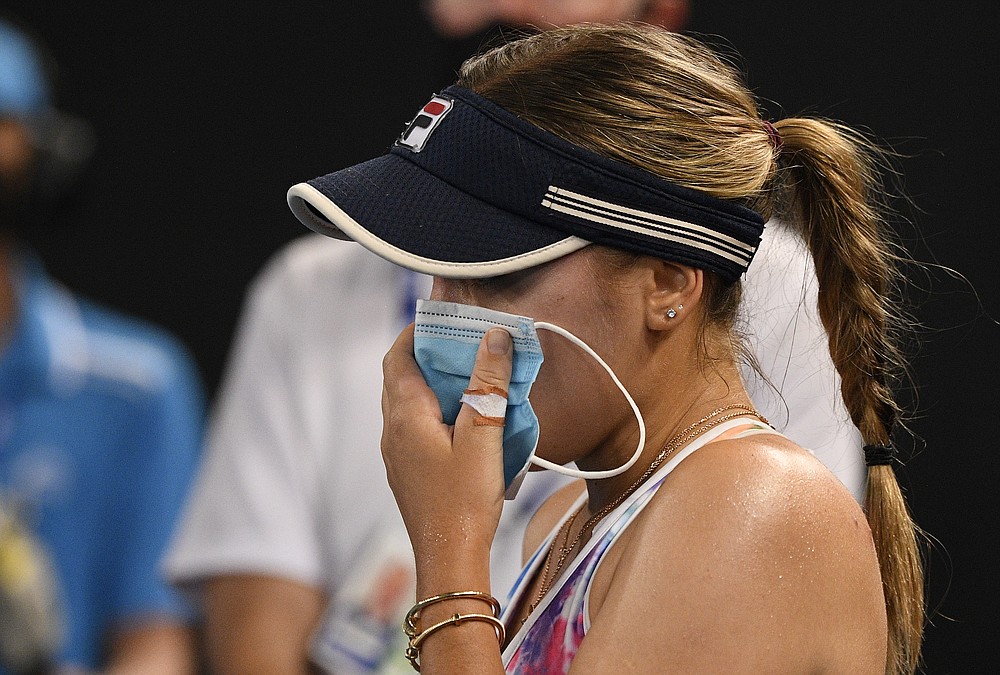 United States’ Sofia Kenin holds a mask to her face during her match against Spain’s Garbine Muguruza at a tuneup event ahead of the Australian Open tennis championships in Melbourne, Australia, Friday, Feb. 5, 2021.(AP Photo/Andy Brownbill) 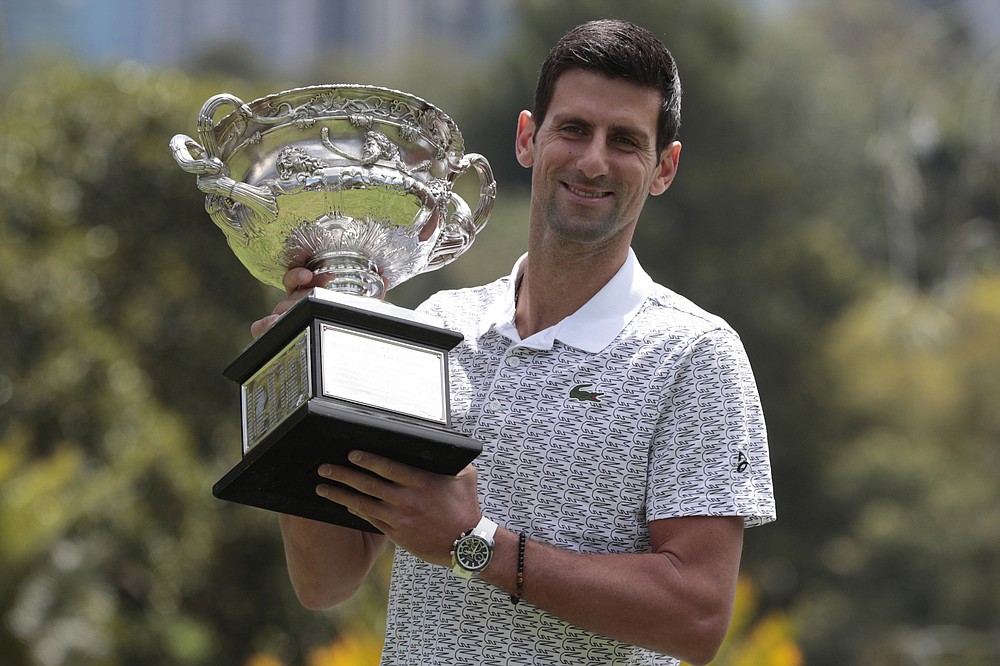 FILE – In this Monday, Feb. 3, 2020 file photo, Serbia’s Novak Djokovic poses with his trophy, the Norman Brookes Challenge Cup, during a photo shoot at Melbourne’s Royal Botanic Gardens following his win over Austria’s Dominic Thiem in the men’s singles final at the Australian Open tennis championships, in Melbourne, Australia. Australian Open starts the 2021 Grand Slam tennis season on Monday, Feb. 8, 2021 in Melbourne (Sunday in the United States), with a delay of three weeks because of the coronavirus pandemic. (AP Photo/Dita Alangkara, File) 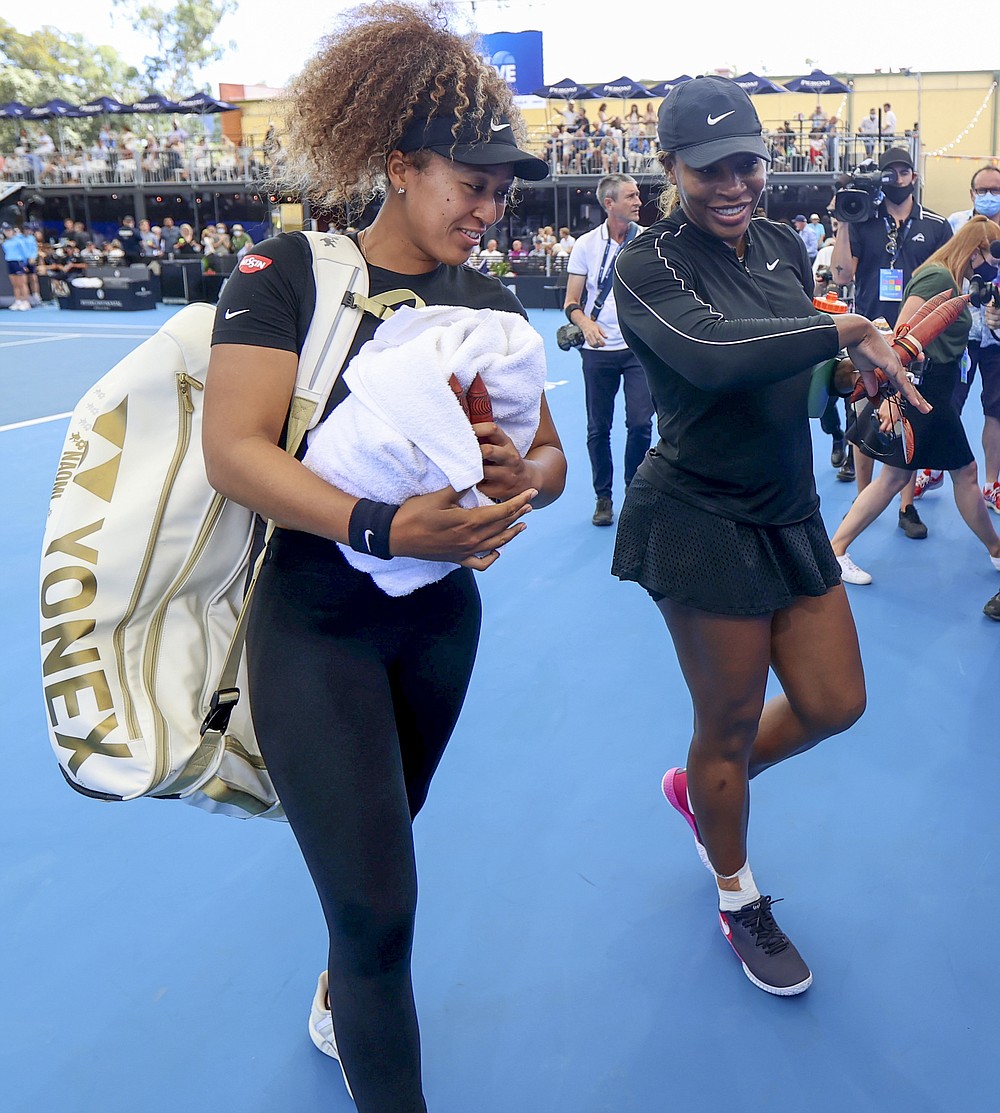 Naomi Osaka, left, of Japan and Serena Williams of the U.S. walk from the court together following an exhibition tennis event in Adelaide, Australia, Friday, Jan 29. 2021. (Kelly Barnes/AAP Image via AP) 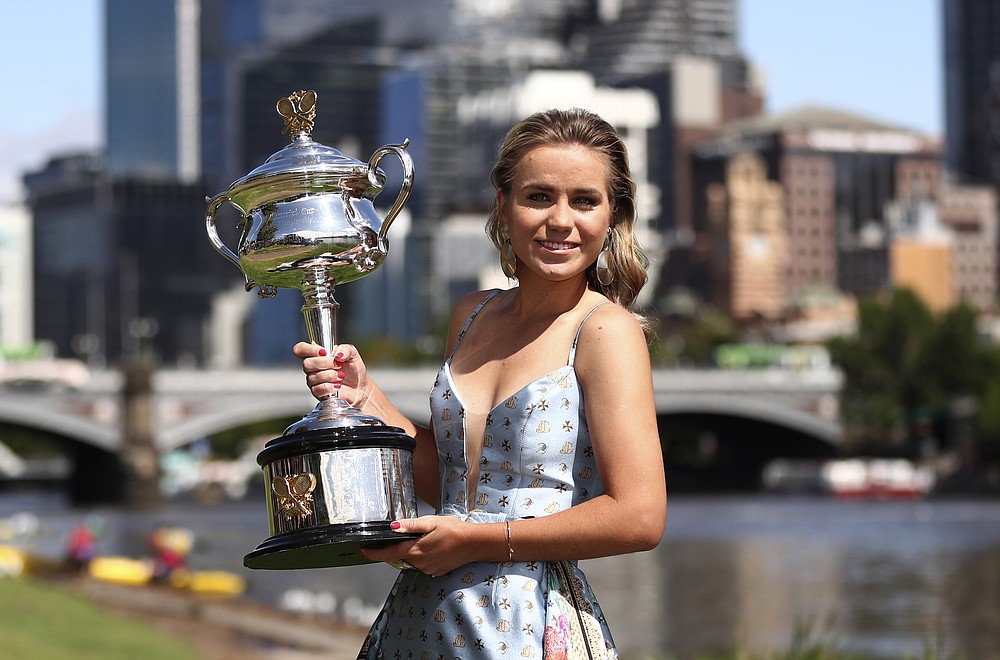 FILE – In this Sunday, Feb. 2, 2020 file photo, United States’ Sofia Kenin holds the Daphne Akhurst Memorial Cup at a photo shoot on the Yarra River following her win over Spain’s Garbine Muguruza in women’s singles final of the Australian Open tennis championship in Melbourne, Australia. Australian Open starts the 2021 Grand Slam tennis season on Monday, Feb. 8, 2021 in Melbourne (Sunday in the United States), with a delay of three weeks because of the coronavirus pandemic. (AP Photo/Dita Alangkara, File) 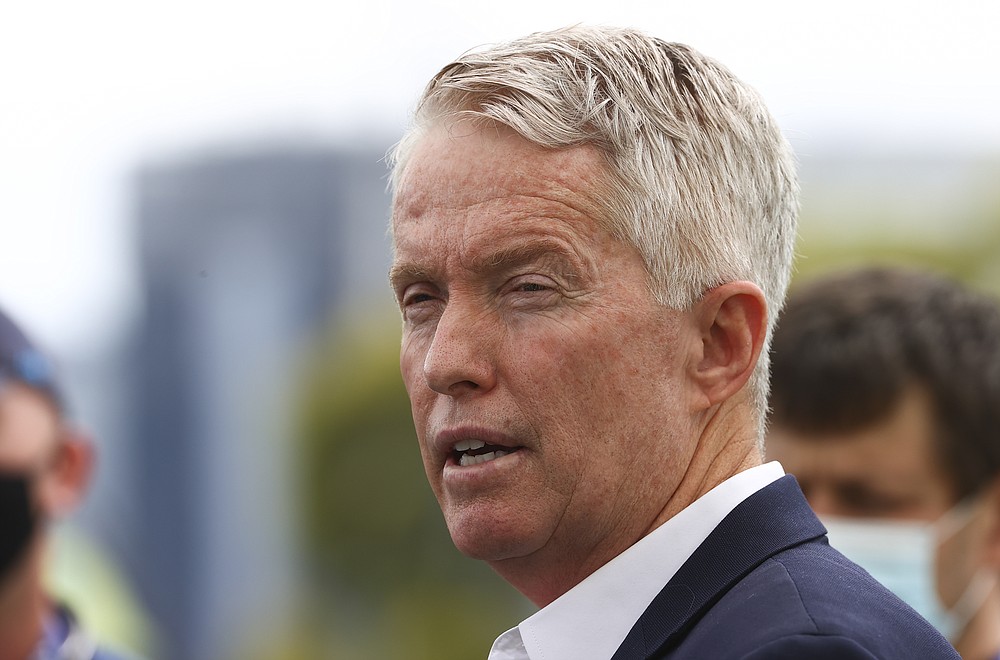 Australian Open tournament director Craig Tiley address the media in Melbourne, Australia, Thursday, Feb. 4. 2021. All competition at the six Australian Open tuneup events scheduled for Thursday were called off after a worker at one of the tournaments’ Melbourne quarantine hotels tested positive for COVID-19. (Tennis Australia via AP)