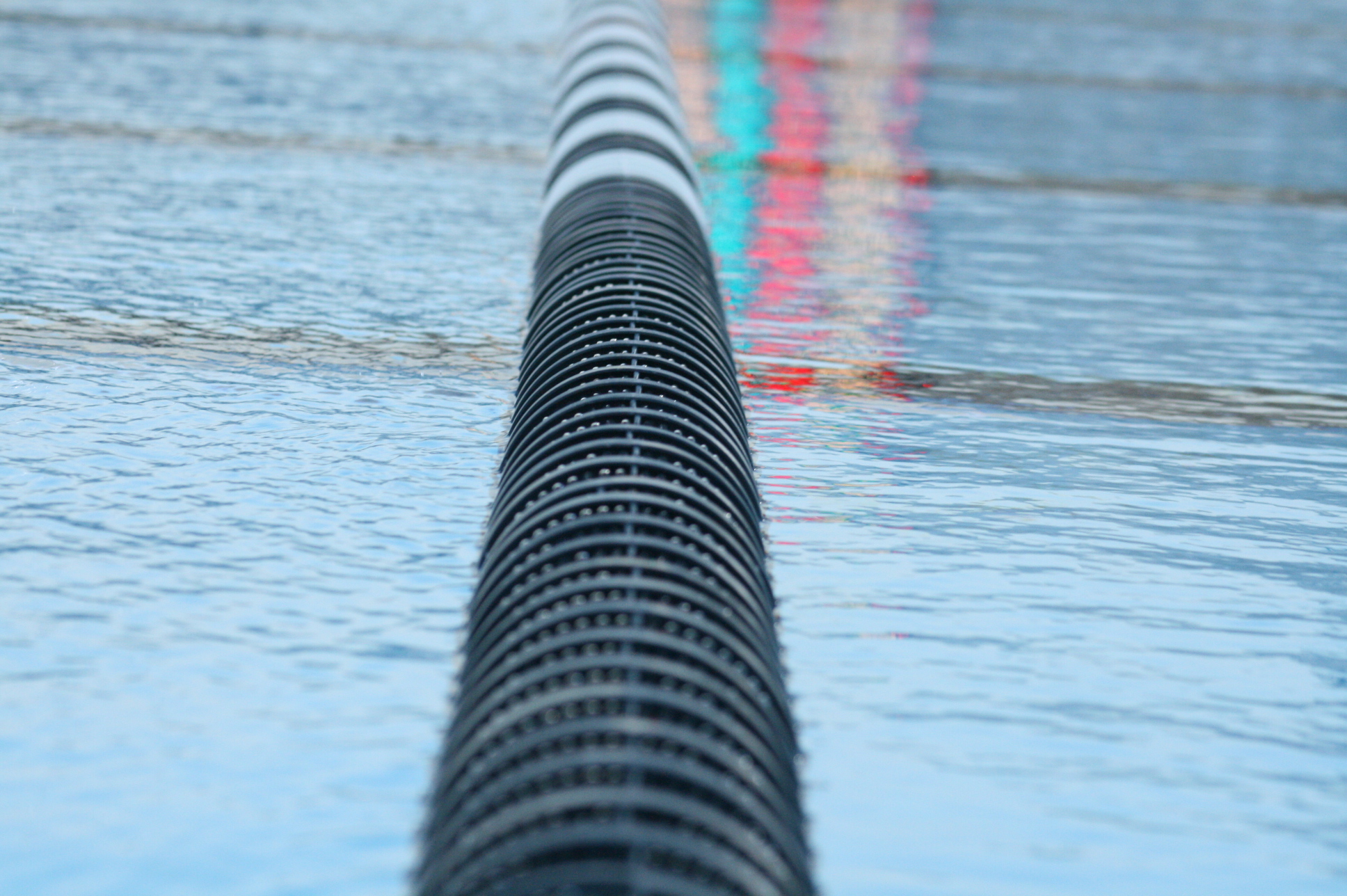 The Uzbekistan Swimming Federation says allegations of timing manipulation are “unfounded and unsubstantiated,” while also claiming that race videos from the meet show the wrong races.

Uzbekistan has come under fire over the past week, with Indian swimmer Likith Prema publicly accusing meet officials at the Uzbekistan Open of manipulating results to help swimmers achieve Olympic qualifying times. You can read that full story here, including a YouTube video Prema posted detailing his allegations and providing race video of the events in question.

Prema says the scoreboard was blank for several events, including the men’s 100 free and men’s 100 fly. Race videos posted by Prema appear to show swimmers finishing in times significantly slower than those listed in official results – and the timing discrepancies provide a FINA A cut for Aleksey Tarasenko in the 100 free and FINA B cuts for Tarasenko, Eldorbek Usmonov and Adilbek Yusupboev in the 100 fly.

Prema protested on the blocks of the 200 breaststroke final, and says that after his protest, meet organizers tried to bribe him to stop publicizing his complaints.

Multiple other athletes – including athletes from Uzbekistan – have reached out to SwimSwam to support Prema’s allegations.

We have carefully studied all the accusations made by Likith Prema and during these few days, we have conducted an investigation, based on the results of which we are informing you of the following.

According to the final results of the competition, all the timing protocols of the competition were provided every day to all teams, including foreign delegations from Afghanistan, Turkmenistan, India, and none of the official representatives of these teams had any protests or complaints about them. None of the participating teams filed a protest to the Chief Referee!

During the Tournament, there were some glitches in the time counting software, but they were immediately and promptly fixed and all the officials of the teams of foreign countries witnessed this and there were no complaints or objections on their part.

The federation says that Prema’s on-the-blocks protest was not related to allegations of timing manipulation.

“When it was asked from Likith Prema about why he violated FINA Rules in such an obscene manner, Likith Prema replied that he was not happy with his athletic performance and then he realized that he was wrong in doing so, and he apologized for this behavior!” the federation told SwimSwam.

Prema maintains in his YouTube video that he was protesting the meet by remaining on the blocks after the start for two minutes and five seconds, jumping down, hitting his own touchpad and asking meet officials if the time would count as a new world record.

The federation denied Prema’s claim that the meet had been instructed by higher authorities to give ten A cuts to swimmers from Uzbekistan.

“Likith Prema’s statement that our Federation is under external pressure to win a certain number of licenses for athletes in Uzbekistan is also a complete lie and fib!” the federation wrote. “Our Federation has the status of a Non-State Non-Commercial Organization, and no other organization in Uzbekistan has the right to interfere in our activities and could not influence us!”

The federation credits the allegations to “blackmailing and revenge” from athletes who couldn’t make the Uzbekistan national team or from athletes with “dark envy” for the achievements of swimmers from Uzbekistan.

As to Prema’s videos, the federation claims they don’t show the correct events:

“Regarding the videos of the swims published by Likit [sic] Prema, no amateur-made videos can be a basis for accusations of manipulating the results,” the federation writes. “After watching the videos posted by the Indian athlete on social networks, we can report that his statements are absolute slander and defamation against Uzbekistan Swimming Federation and have no basis. The swims featured in this video are not the swims in question in the indictment by the Indian athlete, and all the results shown in the video are included in the official final protocol of the competition.”

We’ve asked the federation which events are shown in Prema’s videos, but have not yet received results.

SwimSwam has also obtained race videos of the same four events from a different source – videos that appear to corroborate Prema’s footage.

SwimSwam has obtained race videos from a second source and taken at a different angle – the videos cover prelims and finals of the 100 free and 100 fly. Both sets of videos show pool decorations branding the event as the 2021 Uzbekistan Open, though so far, heat sheets are only available to confirm the event/stage of one of the swims: the 100 fly final.

Here’s a look at the videos below, along with the race videos in Prema’s post:

This video, with a better angle of the start and finish, shows Tarasenko winning the heat in roughly 50-51 seconds. It also shows the blank scoreboard.

Results list Tarasenko at 48.55, which would get under the FINA A cut by just .02 seconds, booking an Olympic qualification:

You can see the final below, in which the scoreboard does work. Tarasenko swims the race in 49.67 – about a second faster than the prelims video appeared to show, but also about a second slower than the time Tarasenko was credited for in prelims. 49.67 would not achieve a FINA A cut.

This video, like Prema’s, shows the two middle lanes (Tarasenko and Prakash) finishing roughly together at about 54 seconds, with the rest of the field well behind. The new video also shows the blank scoreboard.

You can see Prema’s original video (time-stamp 7:18) below, showing the same result:

Results, below, credit Tarasenko with a time of 52.02, seven-tenths ahead of Prakash. The results also show two more swimmers right at Prakash’s time. Tarasenko, Usmonov and Yusupboev would all be credited with FINA B cuts based on the listed times, but the times shown in the race video would not achieve the B cut. 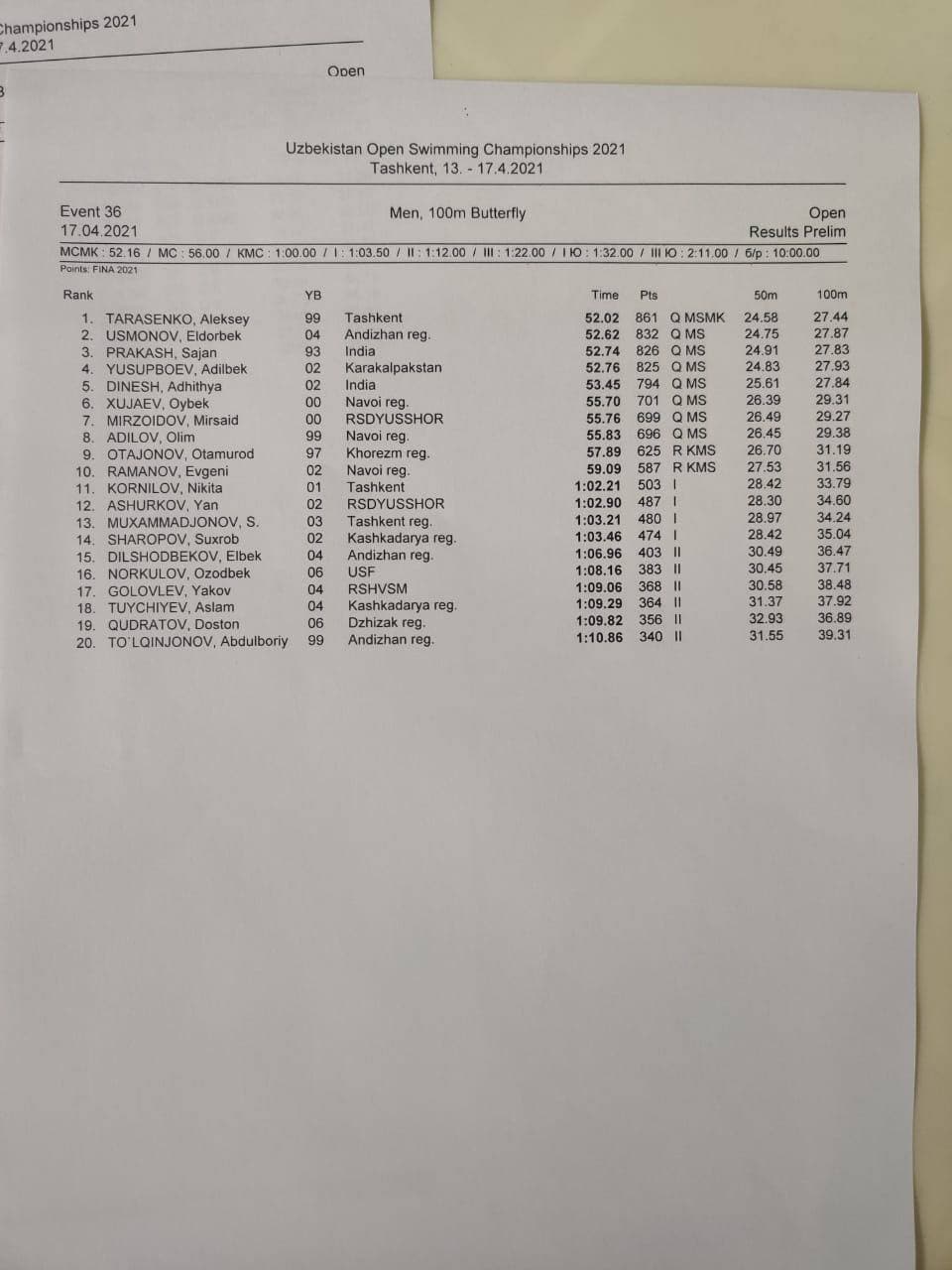 Heat sheets for the 100 fly final reflect those posted prelims results, with Prakash put in lane 3 and Tarasenko in 4: 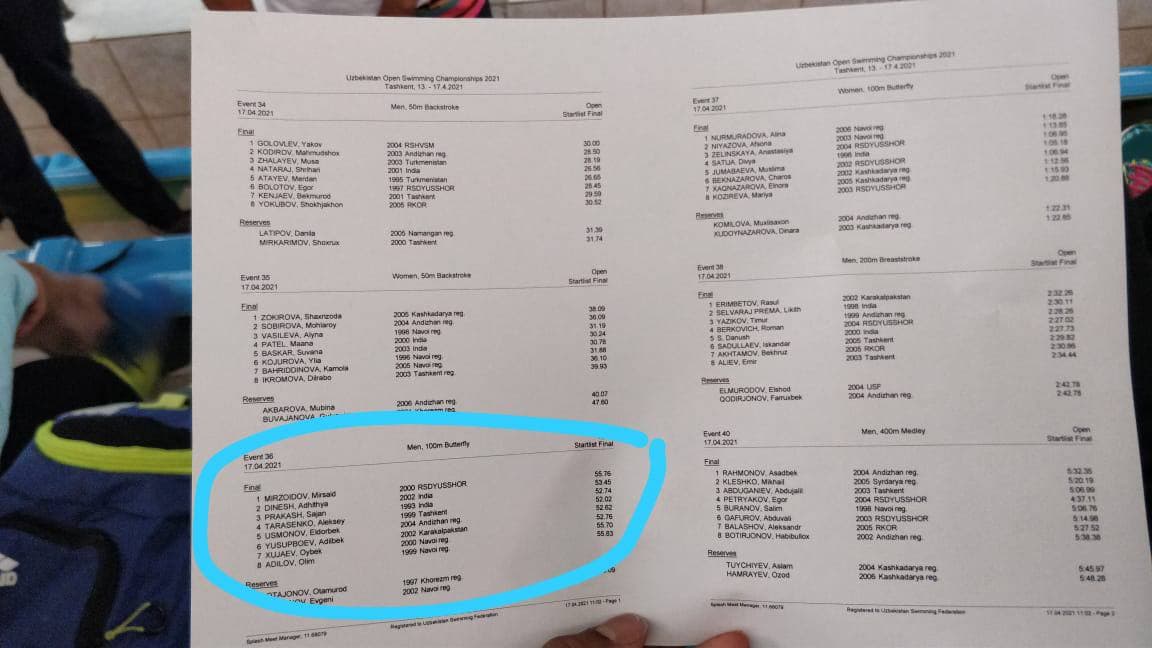 In this new race video, Prakash and Tarasenko once again finish together, clearly ahead of the field. Both finish in about 53-54 seconds, comparable to what the prelims video reflected and nearly two seconds slower than what official prelims results credited them with.

More notable: the swimmers in lanes 5 and 6, credited with 52-second swims out of prelims, finish well behind that pace, in about 55-56 seconds. Those times would not achieve FINA B cuts:

Jeanie Buss draws ire for list of 5 most important Lakers