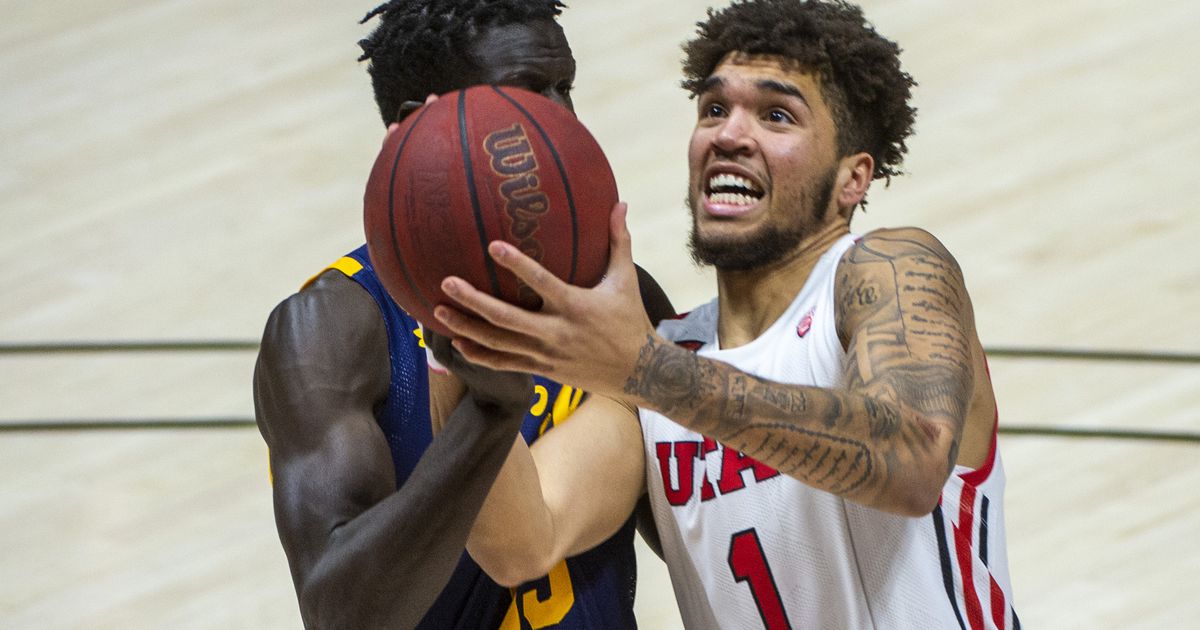 Allen was twice named All-Pac-12 at Utah, including a first-team selection in 2021

Chris Beard’s reshaping of his basketball roster at the University of Texas will include Timmy Allen.

Allen, the University of Utah’s leading scorer, rebounder and assist man last season, has committed to the Longhorns, he announced on Instagram Tuesday evening.

Twice an All-Pac-12 selection in three seasons as a Ute, Allen is the third recruit Beard has landed since taking over at Texas on April 1, joining Kentucky freshman transfer Devin Askew and four-star class of 2021 guard Jaylon Tyson, who de-committed from Texas Tech once Beard left there.

On Tuesday alone, Beard got the commitments from Askew and Allen, while All-Big 12 point guard Andrew Jones announced he would return for a sixth season in 2021-22.

On the evening of March 26, less than 12 hours before news of Craig Smith’s hiring broke, Allen’s AAU club, Compton Magic, announced the Mesa, Ariz., native would be entering the NCAA Transfer Portal. One source told The Salt Lake Tribune that Allen was a part of Smith’s first team meeting on the morning of March 27 at the Huntsman Basketball Facility. Three days later, his name appeared in the portal, making him one of the nation’s top available options on the open market.

A second source told The Tribune Allen met with Smith individually in the days after his hire, but whatever was said did not sway Allen’s thinking. He has since moved back to Arizona and has posted multiple videos to his public Instagram account of him working out in Phoenix.

Roster volatility since Smith’s arrival has been the source of much consternation for Utah fans, which is understandable since Allen, Alfonso Plummer and Ian Martinez opted for the portal. Beyond those three, there is rampant unconfirmed speculation that Mikael Jantunen is going to return to his native Finland and leave his remaining three years of eligibility on the table.

During an ESPN700 interview on Monday afternoon, Utah assistant coach DeMarlo Slocum was asked directly about Allen, Plummer and Jantunen. Slocum could not comment specifically on the players, but instead offered a broad, diplomatic take on trying to build a roster in this day and age of the transfer portal.

“I think, most importantly, we have a high level of confidence in our abilities with the guys that have decided to stay, play basketball and represent this program,” Slocum said. “As a coaching staff just starting to build a culture here, that’s what’s most important. We have guys that are here because they want to be here. We’re only going to coach guys that have the mentality that this brand is important to them.

“I think the guys that are in the portal, they feel different, they think there’s something out there for them. All we can say is good luck to those young men. We have a program to build here and we’re going to do it with guys that embrace and really take pride in the Utah brand across their chest.”

Key target gets crystal balls, others schedule visits
We use cookies on our website to give you the most relevant experience by remembering your preferences and repeat visits. By clicking “Accept”, you consent to the use of ALL the cookies.
Cookie settingsACCEPT
Manage consent