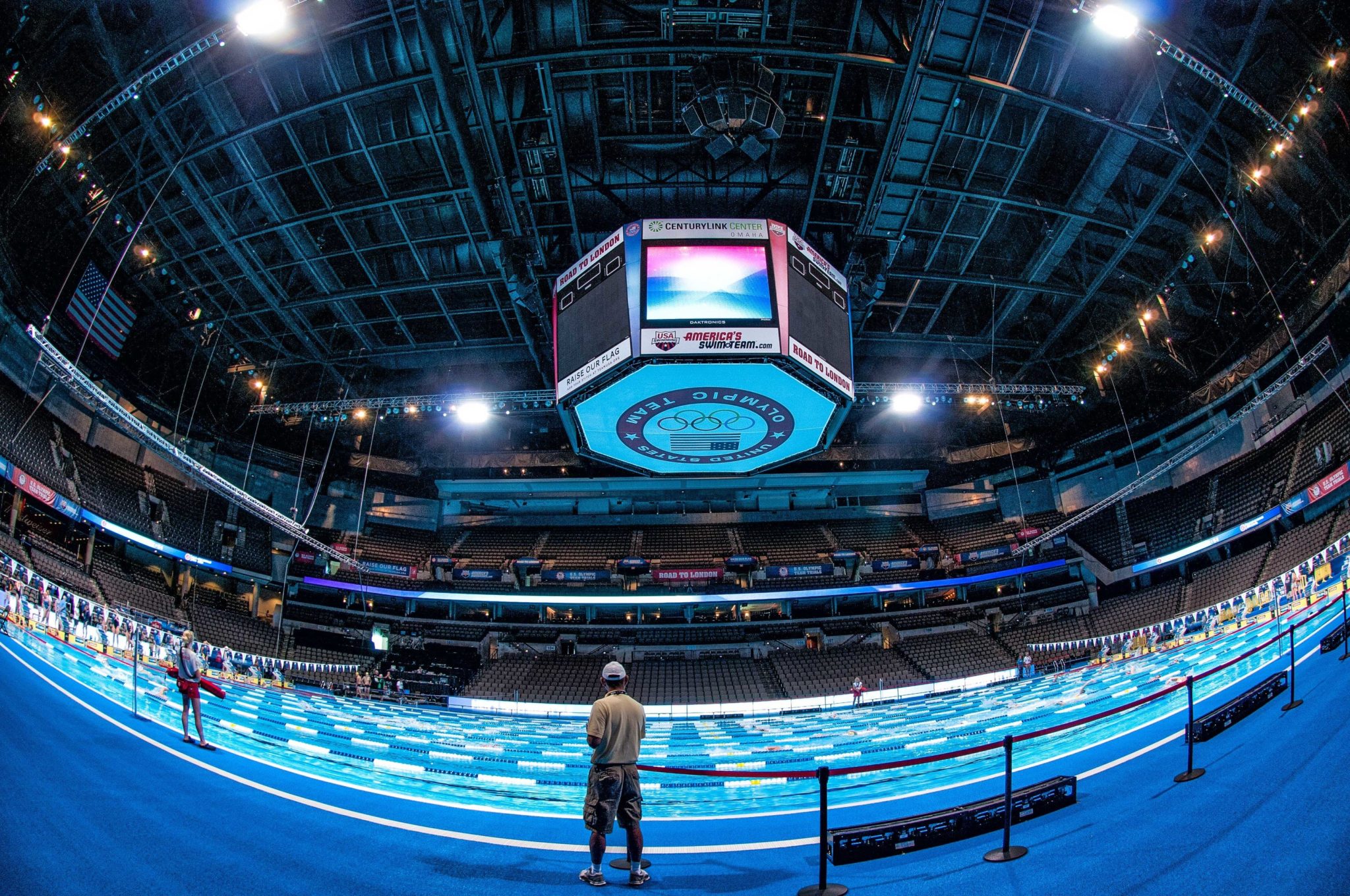 USA Swimming today announced the addition of two more meets for the 2021 Olympic Trials slate. The first, called the ‘Wave III meet,’ is set for late June, while the final opportunity, the ‘Wave IV’ meet, will be set over two days in early July.

These meets will act as a ‘safety net’ for swimmers at the Wave I or II meets who test positive for COVID-19 while at the meet, or who feel that they missed their taper at either of the first two qualifying opportunities because of the stress of the pandemic.

Previously, USA Swimming made the unprecedented switch to two Olympic Trials meets, called the ‘Wave I’ and ‘Wave II’ meets because of the ongoing coronavirus pandemic, and it’s now been extended to include a third and fourth meet.

At the Wave III meet, if a swimmer goes a time that ranks in the top two of the Wave II meet (or top six in a freestyle relay event), they have the right to challenge the qualifiers from the Wave II meet for a spot on the Olympic team. Those challenge races will be held at the ‘Wave IV’ meet.

“We’re looking forward to offering leniency to swimmers as we prepare for the 2021 Tokyo Olympics,” said Tim Hinchey, President & CEO of USA Swimming. “This has been a time like no other, and we are hoping this third qualifying meet will allow us to build only the best, well-equipped team for Tokyo.”

“Because the original plan was for the Olympic Trials meet to be in late June into early July, we actually had the CHI Health Center reserved later than the earlier Wave II meet,” USA Swimming COO Mike Unger, who manages the Trials, said. “So, we thought, why not take one last opportunity to make sure we’re presenting the best possible American team at the Olympic Games.”

Swimmers must have at least a Wave II cut, or have qualified to swim for the Wave II meet via a top 2 finish at the Wave I meet, to be eligible for Wave III. If a swimmer tests positive for COVID-19 at the Wave II meet, or if they miss their taper (defined as being 2% slower or more than their seed time) and submit a report from a licensed mental health practitioner (or their parents, in the case of a minor) to USA Swimming certifying that the pandemic put an emotional or psychological toll on their training, they can be granted access to the Wave III meet.

The Wave III meet is set for June 30 – July 3, beginning 10 days after the conclusion of the Wave II meet. This staggering ensures that anyone who tests positive for COVID-19 during the Wave II meet, but who does not have symptoms, has time to recover and then get clearance to race at the Wave III meet. The state of Nebraska requires at least 10 days of quarantine after a close contact if an individual does not present any symptoms, or seven days with a negative test if the individual is symptom-free.

The new timeline will also give those athletes who have the potential to be challenged two weeks to rebuild and re-taper for their July roster defense at the Wave IV meet.

“I’m excited to get to play around with my taper,” said World Record-holder Caeleb Dressel about the new qualification procedure. “I’ll get to try out the 200 IM, 200 fly and 100 breast at the Wave II meet now, and if I end up missing the team because of the heavy schedule, I can always submit my ‘Missed Taper’ card to the officials and get approved for the Wave III meet.”

Asked if he was worried about the risk of having to re-taper so close to the Olympic Games, Dressel said he was not, because his training under coach Gregg Troy has prepared him for this.

“Really, I’m just excited to be allowed to taper,” says Dressel, who hasn’t rested for a meet since he swam an 18.94 in the 50 yard free at the 2013 Winter Junior National Championships, making him the youngest swimmer ever under 19 seconds.

Dressel says that in spite of setting numerous World, American, NCAA, and U.S. Open Records for that swim, he “wasn’t even shaved or tapered” throughout his college career. His claims were confirmed by a number of Florida swimming & diving alumni, who all agreed that he “probably did 10,000 meters in the warmup pool” before his famous 17.63 at the 2018 NCAA Championships. This new system gives him the opportunity to taper as many as four times (Wave II, Wave III, Wave IV, Olympic Games) in a six-week period.

Another swimming star, American Record-holding swimmer Dean Farris, will be joining regular American swimming broadcaster Rowdy Gaines on the broadcast for the Wave III meet and, if necessary, the Wave IV event, as NBC is hoping to develop its long-term booth card headed toward the Paris 2024 Olympics and beyond. Farris was raised in the United States but has qualified to represent Ireland at the Tokyo Games. USA Swimming says that they were able to negotiate additional broadcasting fees in the “low 4-figures” from NBC for rights to the new meets, which will help offset the expected reduction in spectators and other lost revenue caused by the pandemic.

The final meet will conclude on July 8, when Team USA will be officially announced, which is exactly three months and one week after April Fool’s Day.