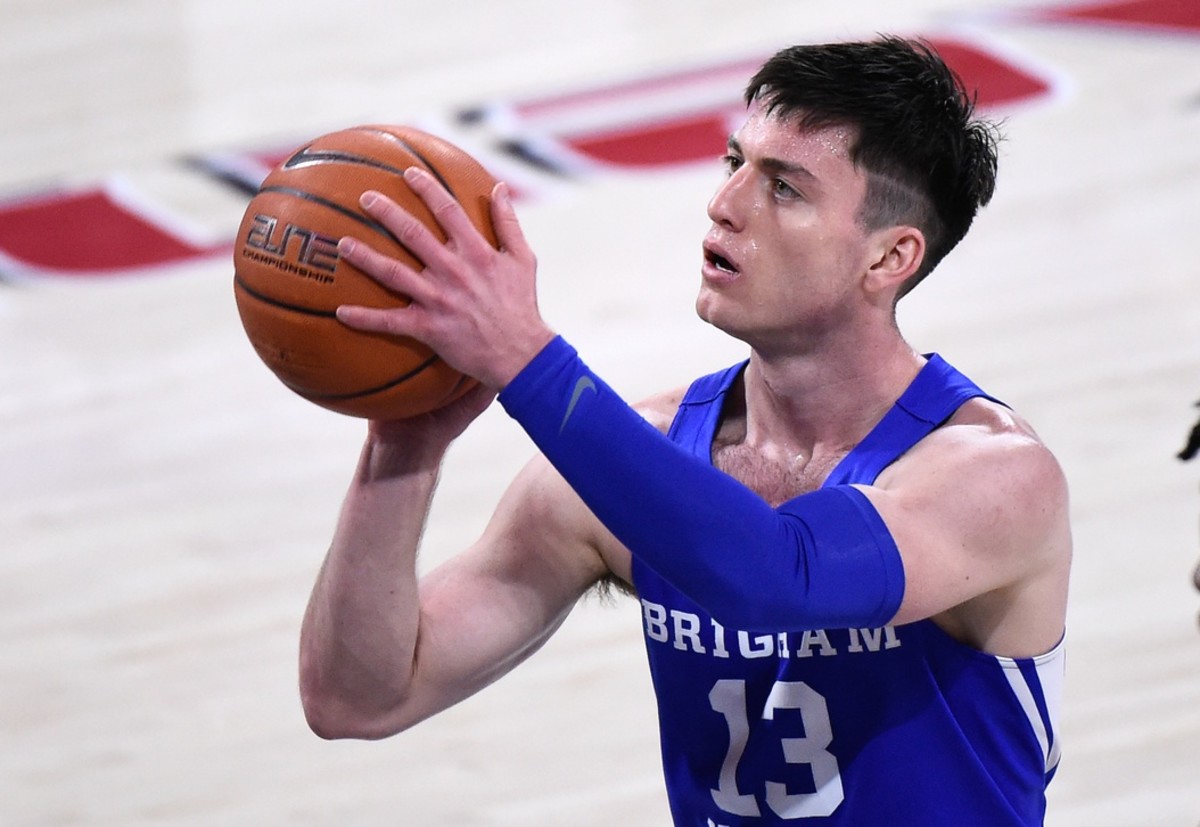 The first three rounds of the WCC men’s basketball tournament are in the books. The first game of the third round saw Saint Mary’s take down Loyola Marymount 52-47. Saint Mary’s advances to the semifinals where they face #1 Gonzaga on Monday night. Later, Pepperdine took down Santa Clara and will play BYU on Monday night in the semifinals. Below is the updated WCC men’s basketball tournament bracket:

*This bracket has been updated to include Pepperdine-Santa Clara results

BYU’s performance in the WCC tournament could impact their seed in the upcoming NCAA tournament. According to ESPN’s Joe Lunardi, BYU is currently in position to be a #7 seed.

According to Team Rankings, BYU has an 85.5% chance to advance to the WCC championship game. Then the Cougars would face (most likely) Gonzaga where they have a 14% chance to be crowned WCC tournament champions. Below are BYU’s most likely seeds in the NCAA tournament following their win over Saint Mary’s on senior night.

Seed Probabilities (According to Team Rankings)

BYU will face Pepperdine on Monday night at 10:00 PM MST on ESPN2.

You probably noticed that our site looks a little different. It is currently under construction and the commenting capability is turned off. While we work on some exciting updates to improve your experience, you can ask us questions through one of our social media channels:

BYU football players believe offense will keep rolling | BYU Football
We use cookies on our website to give you the most relevant experience by remembering your preferences and repeat visits. By clicking “Accept”, you consent to the use of ALL the cookies.
Cookie settingsACCEPT
Manage consent