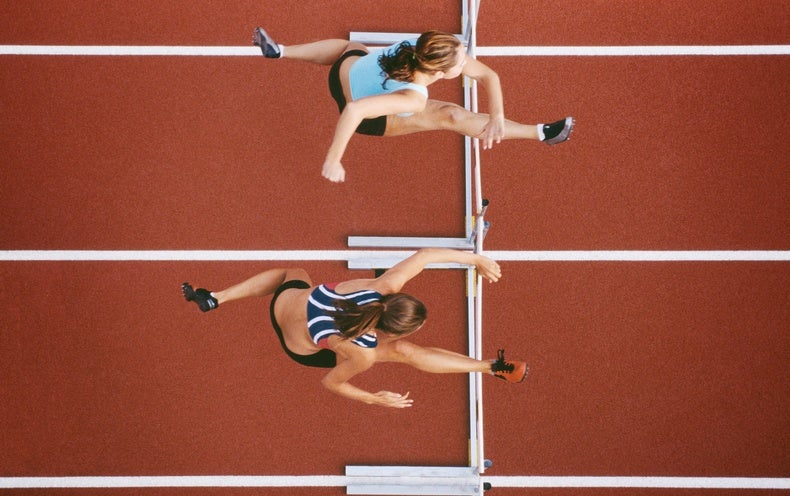 Conservatives around the country have jumped on the question. Attorney General Merrick Garland was pressed on the issue during his confirmation hearing last month. State legislators around the country are pushing bills that would force trans girls to compete on boys’ teams. In describing the Connecticut case in the Wall Street Journal, opinion writer Abigail Shrier expressed a representative argument: when transgender girls compete on girls’ sports teams, she wrote, “[cisgender] girls can’t win.”

Claiming that transgender girls have an unfair advantage in sports also neglects the fact that these kids have the deck stacked against them in nearly every other way imaginable. They suffer from higher rates of bullying, anxiety and depression—all of which make it more difficult for them to train and compete. They also have higher rates of homelessness and poverty because of common experiences of family rejection. This is likely a major driver of why we see so few transgender athletes in collegiate sports and none in the Olympics.

On top of the notion of transgender athletic advantage being dubious, enforcing these bills would be bizarre and cruel. Idaho’s H.B. 500, which was signed into law but currently has a preliminary injunction against its enforcement, would essentially let people accuse students of lying about their sex. Those students would then need to “prove” their sex through means including an invasive genital exam or genetic testing. And what happens when a kid comes back with XY chromosomes but a vagina (as occurs with people with complete androgen insensitivity syndrome)? Do they play on the boys’ team or the girls’ team? This is just one of several conditions that would make such sex policing impossible.

It’s worth noting that this isn’t the first time people have tried to discredit the success of athletes from marginalized minorities based on half-baked claims of “science.” There is a long history of similarly painting Black athletes as “genetically superior” in an attempt to downplay the effects of their hard work and training.

Recently, some have even harkened back to eras of “separate but equal,” suggesting that transgender athletes should be forced into their own leagues. In addition to all the reasons why this is unnecessary that I’ve already explained, it is also unjust. As we’ve learned from women’s sports leagues, separate is not equal. Female athletes consistently have to deal with fewer accolades, less press coverage and lower pay. A transgender sports league would undoubtedly be plagued with the same issues.

Beyond the trauma of sex-verification exams, these bills would cause further emotional damage to transgender youth. While we haven’t seen an epidemic of transgender girls dominating sports leagues, we have seen high rates of anxiety, depression and suicide attempts. Research highlights that a major driver of these mental health problems is rejection of someone’s gender identity. Forcing trans youth to play on sports teams that don’t match their identity will worsen these disparities. It’s a classic form of transgender conversion therapy, a discredited practice of trying to force transgender people to be cisgender and gender-conforming.

Though this can be hard for cisgender people to understand, imagine someone told you that you were a different gender and then forced you to play on the sports team of that gender throughout all of your school years. You’d likely be miserable and confused.

As a child psychiatry fellow, I spend a lot of time with kids. They have many worries on their minds: bullying, sexual assault, divorcing parents, concerns they won’t get into college. What they’re not worried about is transgender girls playing on girls’ sports teams.

Legislators need to work on the issues that truly impact young people and women’s sports—lower pay to female athletes, less media coverage for women’s sports and cultural environments that lead to high dropout rates for diverse athletes—instead of manufacturing problems and “solutions” that hurt the kids we are supposed to be protecting.