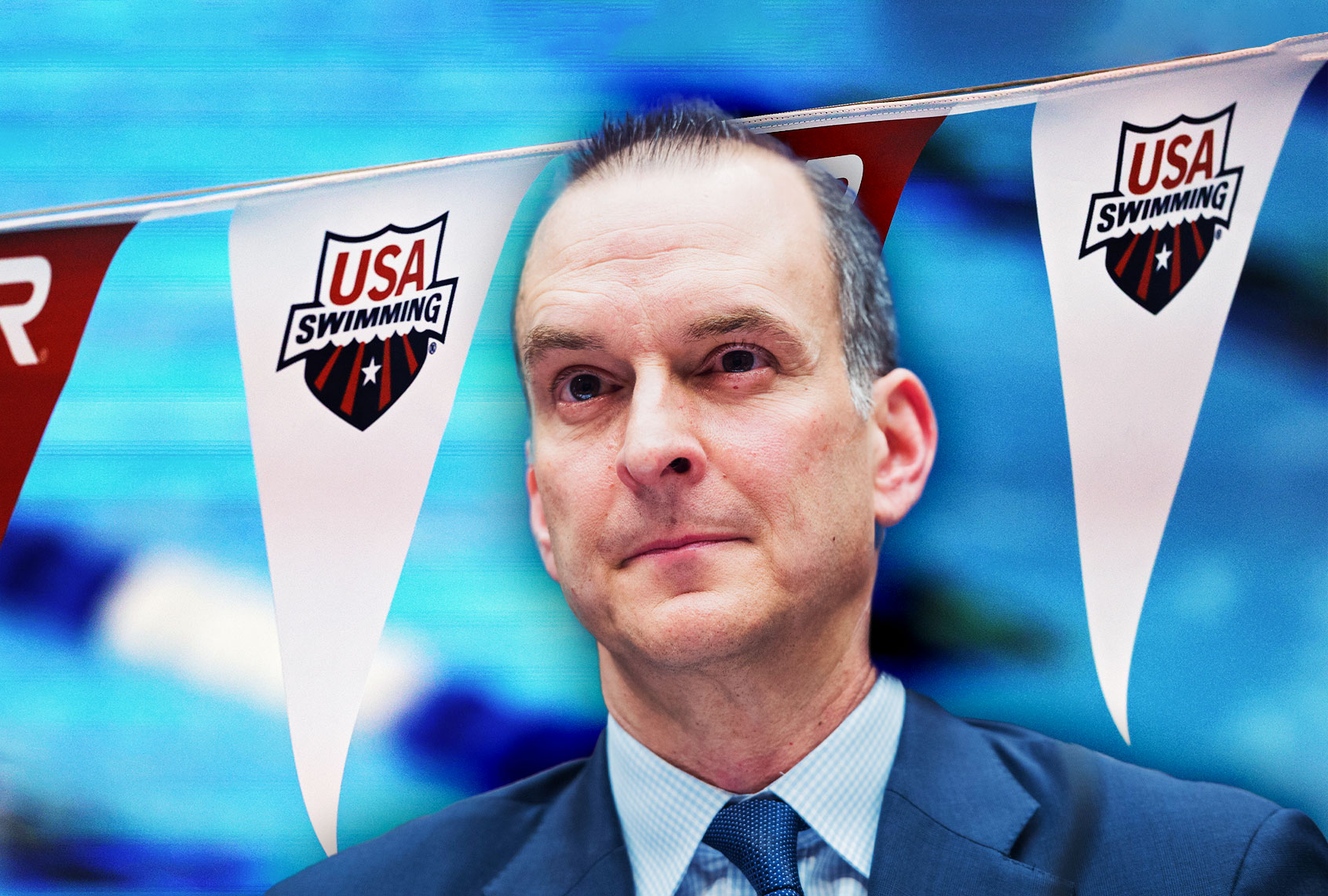 The celebrated head of the U.S. Olympic Committee agency that polices performance-enhancing drugs began his career in the Olympic bureaucracy as a lawyer managing investigations of claims of sexual abuse by coaches at USA Swimming — which is now the subject of a federal grand jury investigation targeting what critics of the organization call a generation of cover-ups.

Travis Tygart, chief executive officer of the U.S. Anti-Doping Agency, has something of a white-knight reputation in the sports world for his work in exposing the career-long drug violations of seven-time Tour de France champion Lance Armstrong. Tygart became director of legal affairs at USADA in 2002 and CEO in 2007.

But Tygart’s actual history comes with its own questions. Before joining USADA, Tygart was an associate in the Denver office of the Holme Roberts & Owen law firm, which in 2011 merged with the Bryan Cave firm. That office has counseled the U.S. Olympic Committee and a number of its affiliated national sport governing bodies, including USA Swimming, which is headquartered nearby in Colorado Springs.

In 2012, thousands of pages of internal documents, which had been withheld by USA Swimming in defiance of California lower court discovery orders in sexual abuse civil lawsuits — resulting in tens of thousands of dollars in court sanctions against the organization — were produced under order of the California Supreme Court. Subsequently, these records were also subpoenaed by an FBI field office.

Among other things, this document trove, obtained by Salon, shows that Tygart served on several occasions in the 2000s as USA Swimming’s counsel of record for hearings of its National Board of Review. That board was responsible for adjudicating abuse complaints against coaches and setting disciplinary measures for those found guilty.

The current grand jury, under the supervision of the U.S. attorney in the Southern District of New York, is probing allegations that USA Swimming’s handling of abuse claims included various illegal practices, such as insurance fraud and hiding the group’s assets in order to mitigate settlements with victims and limit unfavorable court judgments.

The most dramatic of these alleged practices literally involved an offshore entity: a wholly owned reinsurance subsidiary of USA Swimming called the United States Sports Insurance Company, which was headquartered on the Caribbean island of Barbados. In 2014, USA Swimming brought USSIC onshore, in what was called “runoff mode,” before selling it to a London investment firm for $2.1 million in 2016.

USSIC was what is known as a “captive.” In the late 1980s and ’90s, large corporations, profit and nonprofit alike, faced steep premium hikes. What emerged from the creativity of that generation’s lawyers and MBAs was a new wrinkle called captive reinsurance. In a nutshell, parent entities, through imaginative leveraging of tax breaks and regulatory gimmicks, could save money by insuring themselves, managing the claims themselves or underwriting the risks of their third-party commercial carriers. Some nonprofits, including the Roman Catholic Church, have used captives to ameliorate the high premiums charged by conventional third-party insurance companies to underwrite sexual abuse claims.

According to sources close to the grand jury investigation, federal prosecutors are looking at various USA Swimming practices, including the movement of funds between USA Swimming and the offshore entity. Other issues include coverage caps on claims and an underhanded provision called “wasting,” in which the costs of defending lawsuits are subtracted from the funds available to plaintiffs in settlements or court judgments.

Though the subpoenaed documents do not make any connection between Travis Tygart and USA Swimming’s controversial insurance strategy, they do make clear that he helped execute it as one of a rotating group of lawyers who managed internal review board cases and performed other related tasks.

In at least one sexual abuse complaint for which Tygart served as USA Swimming’s legal point person — that of Venezuelan-born swimming coach Simon “Danny” Chocron — the documents raise questions about a personal conflict of interest. USA Swimming’s 68-page dossier on Chocron describes his conviction and banning by the review board, in absentia, in 2001.

Chocron had coached at the Bolles School, an exclusive private prep school in Jacksonville, Florida, both for the school itself and for a USA Swimming club that used the school’s facilities.

Tygart was born and raised in Jacksonville and attended Bolles, graduating in 1989. He played baseball and basketball at the school, and later was employed by the athletic department as an assistant coach before moving on to pursue his law degree. From the documents, it is not clear whether Tygart was assigned to Chocron’s USA Swimming case because his personal history at Bolles was perceived as an asset, or whether no one at USA Swimming even noticed the apparent conflict of interest or cared about it.

Neither Tygart nor USA Swimming responded to Salon’s repeated requests for comment on Tygart’s relationship to Bolles and the Chocron case. (This article will be updated with any responses.)

Facing a court hearing on 14 criminal charges, Chocron jumped $250,000 bail and managed to flee the country despite having surrendered his passport. In 2004, the Jacksonville Times-Union reported that he had nearly been captured in Spain, but Chocron eventually made it back to Venezuela — with which the U.S. has no extradition treaty — and resumed his career as a swim coach.

USA Swimming never publicly announced that Chocron had been banned, and said little about the case. The subpoenaed documents from cases of claimed abuse suggest that USA Swimming leaders sought to limit public disclosure around the Chocron case, along with abuse allegations against many other coaches. In fact, the organization did not begin publishing its banned list until 2010, after the late chief executive Chuck Wielgus was confronted about abuse scandals within American swimming in interviews on ABC’s “20/20” and ESPN’s “Outside the Lines.” Today there are 186 names on swimming’s banned list — and, according to insiders, dozens more on a secret but unpublished “flagged” list.

There is no evidence that USA Swimming made any effort to alert the international swimming community or to get Chocron off pool decks in Venezuela. In 2017, the Venezuelan Federation of Aquatic Sports reported it had suspended Chocron from “any activity related to the sport” for one year. This was apparently the result of online coverage of the scandal surrounding his admissions of abuse in Florida and his flight from the U.S. It’s not clear whether he has faced any such allegations in Venezuela.