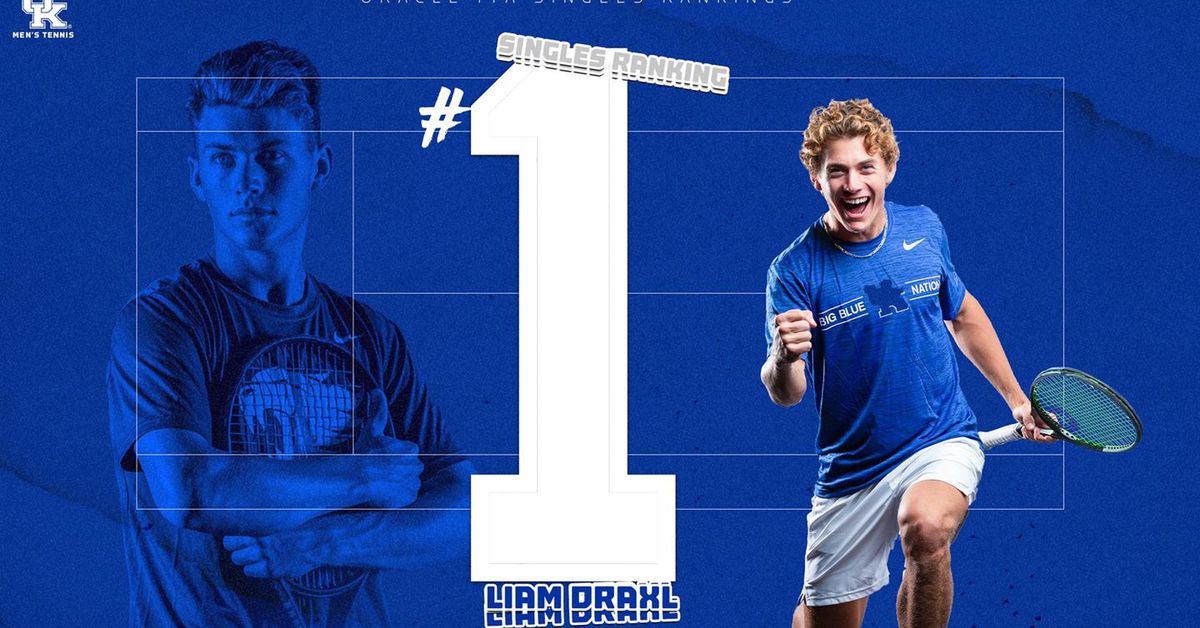 The University of Kentucky Tennis teams are on the rise behind some legitimate star power.

On the men’s side, Liam Draxl ended the regular season as the number one player in the nation in Division I by the Oracle Intercollegiate Tennis Association.

With a 19-2 overall record, the Canadian sophomore owns nine wins over ranked opponents.

And on the women’s team, the dominant duo of Akvile Paražinskaite and Fiona Arrese have staked their claim as the number one Doubles team in the nation. Paražinskaite, a graduate student from Lithuania, and Arrese, a freshman from Spain, hold an impressive 19-1 record.

On top of the tennis teams’ success, another UK athletic program is set to begin its postseason as the #2 ranked volleyball team begins it postseason run in Omaha tonight as they take on UNLV, who defeated Illinois State last night.

The match will start at 7 p.m. ET/6 p.m. CT and streamed live on ESPN3 and the ESPN app with Tyler Denning on the call.

Best of luck to the UK Volleyball team as they begin their tournament run!

You can tell how excited this guy is to be in Lexington.

TyTy Washington is a storyline to watch – Cats Pause

A lot of eyes are on the rising point guard.

Getting to know Kiyaunta Goodwin – KSR

Can’t say enough how massive of a commitment this would be.

Is Julian Edelman a Hall of Famer? – Bleacher Report

I would think there are some others ahead of him.

Luka Doncic hit a game-winner that was nuts – Yahoo

Hard to imagine them making a title run now.

Opinion | I’m Paralyzed, but I Can Finally Feel the Joy of Swimming

4 transfers Spartans should target in portal
We use cookies on our website to give you the most relevant experience by remembering your preferences and repeat visits. By clicking “Accept”, you consent to the use of ALL the cookies.
Cookie settingsACCEPT
Manage consent