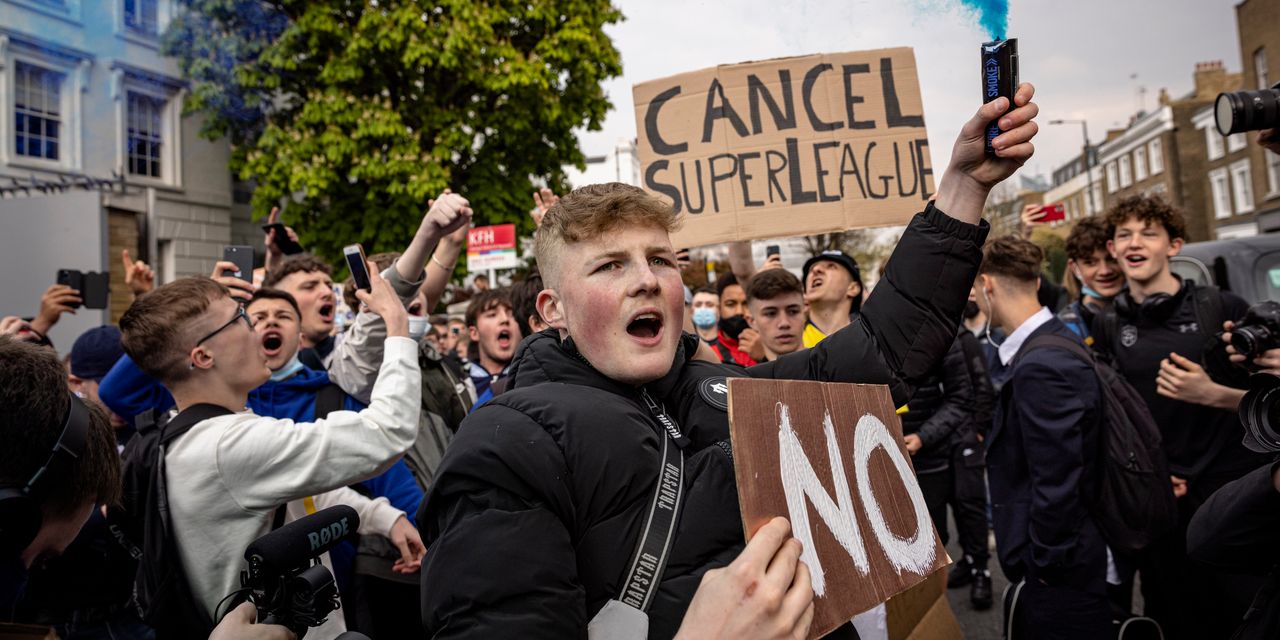 The Super League Is Dead. Here’s What Sports Learned.

Here lies the Super League, a true fish bicycle, a lousy idea wrapped in a somehow lousier idea, a vulgar blast of hubris set to change the sports world as we knew it, only to go kaput after…well, I guess the whole deal lasted two days.

If you never got fully caught up: the Super League was a long-promised, finally-executed assembly of 12 name brand European soccer teams, whose leaders hated having to compete with smaller, riff-raff clubs for qualifications and earnings in the sport’s annual Champions League tournament. These clubs craved a fatter, guaranteed slice of the soccer economy, and so they decided, clandestinely, to extricate themselves from long-established league traditions to create a breakaway society, the Super League, that would bar the riff-raff, lock in the name brands versus the name brands, and tickle the wallets of media companies to make a select few richer, richer, richer.

As stunts go, the Super League was brazen, a nine-figure yacht with twin helicopter pads barreling into the harbor past the NO WAKE sign. Though the fan outcry was immediate, it appeared to have business momentum, because this is how things go in modern sports. Money, especially media rights money, guides all, and what a proper owner seeks is a plush environment in which the team wins not only when it wins, but also when it loses. The clubs signing on were behemoths: iconic outfits like Chelsea, Liverpool,

Barcelona, Real Madrid, AC Milan and more. There were questions about how it would all work, but the Super League seemed too rude to fail.

But then it failed. It failed fast and spectacularly, because while the disrupters surely expected pushback, they were shaken by the volume of outrage their idea inspired. This was not new Coke, or clear Pepsi, or another harebrained concept that could easily be ignored in the supermarket—the Super League had the potential to profoundly alter professional soccer, shutting off lesser clubs and stripping away the remote but essential quality of competitive chance. Soccer had long been overtaken by billionaires and oligarchs who’d choked the sport through unlimited spending, but part of what made an imperfect event like the Champions League work was that every team still had to earn its place, and every team could technically qualify.

The Super League would bypass the element of surprise for a clubby guarantee, and the people who loved the randomness of the game smelled something foul.

Guardiola’s club, Premier League power Manchester City, was one of the Super League 12, so this was criticism coming from inside the stadium. He was not alone. By Tuesday afternoon, soccer fans were in the streets, protesting against not their opponents, but their own clubs. Frenzied Chelsea fans blocked the Chelsea team bus at the entrance to Stamford Bridge.

“Their very own fans turning against them,” the NBC “Men in Blazers” soccer commentator, Roger Bennett, told me. “It clearly never crossed their minds.”

Big-time soccer, of course, has experienced no shortage of villainy. Corruption and scandal are routine, and governing bodies like UEFA and FIFA have never been averse to money. This is a sport due to launch an out-of-season World Cup in Qatar in winter 2022. As anyone who has read my Journal colleagues Joshua Robinson’s and Jonathan Clegg’s essential book, “The Club,” knows, the Premier League itself was a disruptive act. It was hard to not to smirk at any soccer pooh-bah condemning the Super League from atop a wobbly high horse.

What wound up sinking the Super League was not soccer’s elite, but its roots. Fans did not shrug and accept its inevitability.

By late Tuesday afternoon, the collapse was under way. Manchester City pulled out. Chelsea did, too, prompting cheers at Stamford Bridge. By evening, the six Premier League clubs that had joined the Super League were skulking back to the status quo, with some rushed public apologies. Arsenal copped to a “mistake.” Liverpool’s principal owner, John Henry, known locally as the principal owner of the Boston Red Sox, offered a contrite video message.

“I want to apologize to all the fans and supporters of Liverpool Football Club for the disruption I caused over the past 48 hours,” Henry said. Amazingly, the Mookie Betts trade now has a rival.

Here in the U.S., where we are grimly accustomed to pro teams leveraging host regions for breaks and perks, then abandoning for better deals, the sinking of the Super League truly feels like a foreign event. We are good here at complaining about minor gimmicks, like changes to uniforms, or overtime rules, but sentimental attachment to sports feels like a sucker’s game. We’ve grown resigned to money ruling the games we love, and if you don’t believe that, let me buy you a $13 stadium beer and tell you the story of the Seattle SuperSonics, the personal seat license, and “Thursday Night Football.”

In the short life of the Super League, it is possible to see that the fan has far more power than previously assumed. If that is the lesson, these 48 hours have been very much worth it.

What is the lesson of the short life of the Super League? Join the discussion.