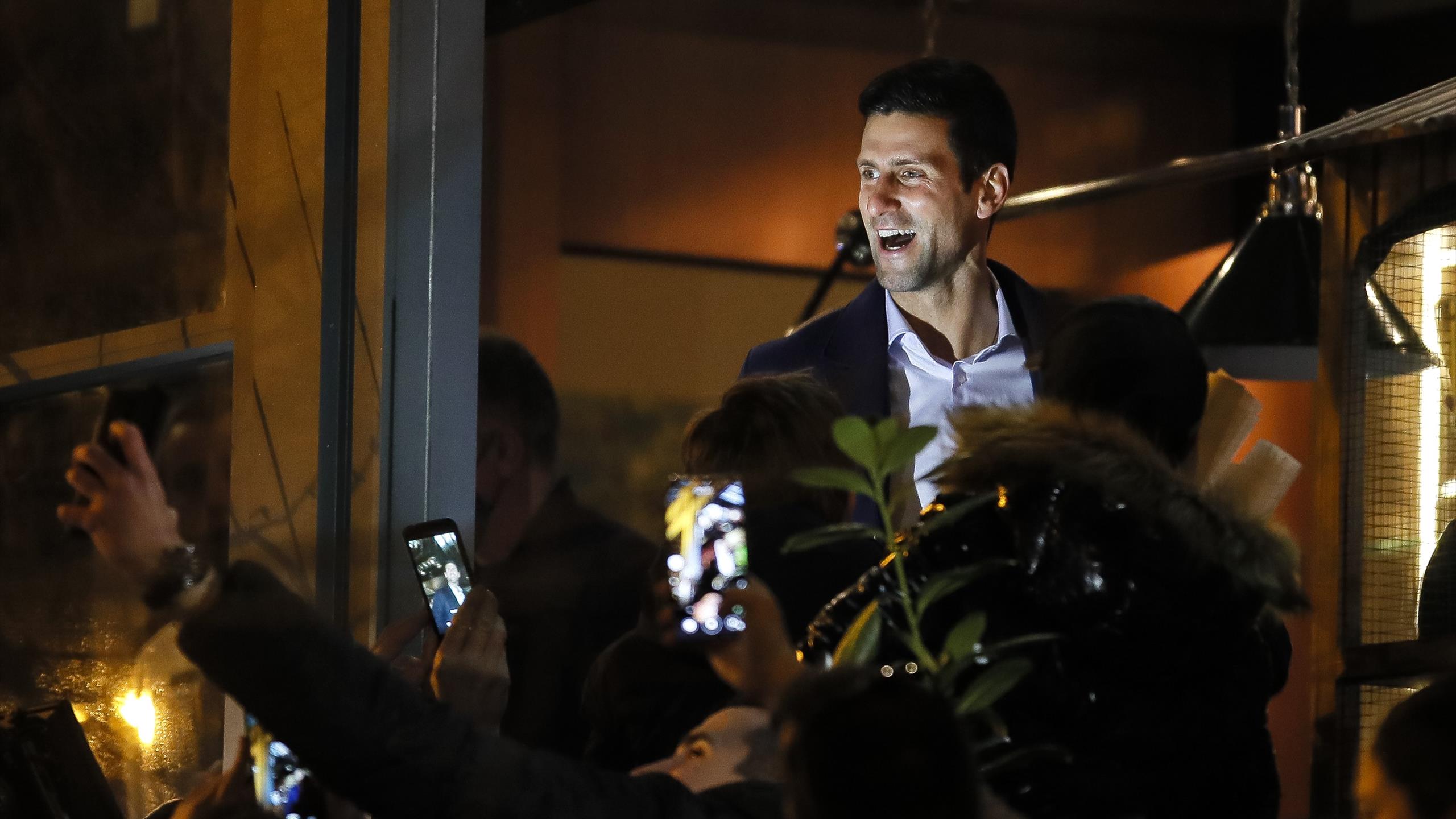 Record-breaking Novak Djokovic has enjoyed fireworks celebrations with his fans, and was joined by his family in front of their restaurant in Belgrade.

The 33-year-old, who surpassed his great rival Roger Federer’s mark for weeks at number one in the ATP rankings on Monday, gave a speech to the fans gathered in the city.

Djokovic has now topped the ATP rankings for a combined 311 weeks, surpassing Federer’s tally of 310, and he and his family watched a fireworks display from in front of their restaurant

“I am trying to enjoy this moment as much as I can because somehow we tennis players are used to, and are programmed to think about, the next challenge and what is the next step and task,” he said to the crowd.

“This is how I will continue; there is still hunger and thirst in me for tennis, that’s for sure.

Today is a special day for myself, my family, as well as Serbia and our whole nation, Thank you.

“This success we celebrate today is not only mine but of the whole nation.”

Buildings in the Serbian capital were lit with his portrait, while there was also a light show displaying the best moments of his career.

Despite Covid-19 guidelines dictating that outdoor gatherings should be limited to just five people, social distancing did not appear to be a feature of the celebrations as jubilant fans chanted “Nolo, Nolo”.

Djokovic, who was also celebrating the fact that he now owns a staggering nine Australian Open titles, wore a mask until he had been taken to a stage to address his supporters.

Novak Djokovic (C) accompanied by his parents celebrates 311 weeks as world number one with his family and supporters in front of family restaurant “Novak” on March 8, 2021 in Belgrade, Serbia

The world number one, in his fifth stint at the top of the rankings, first reached the summit of men’s tennis in July 2011.

He secured his 18th Grand Slam title at the Australian Open to move to within two of the tallies owned by his rivals Rafael Nadal and Federer.
The victory again demonstrated his unbelievable dominance at Melbourne Park, with Eurosport’s Mats Wilander hailing him as “faultless” in securing his latest title.

Federer sets eyes on Olympics as long as knee holds up

Will 20cm make difference between success or failure for Federer?

Four sisters on top-ranked basketball team, and that’s not the best part of their story