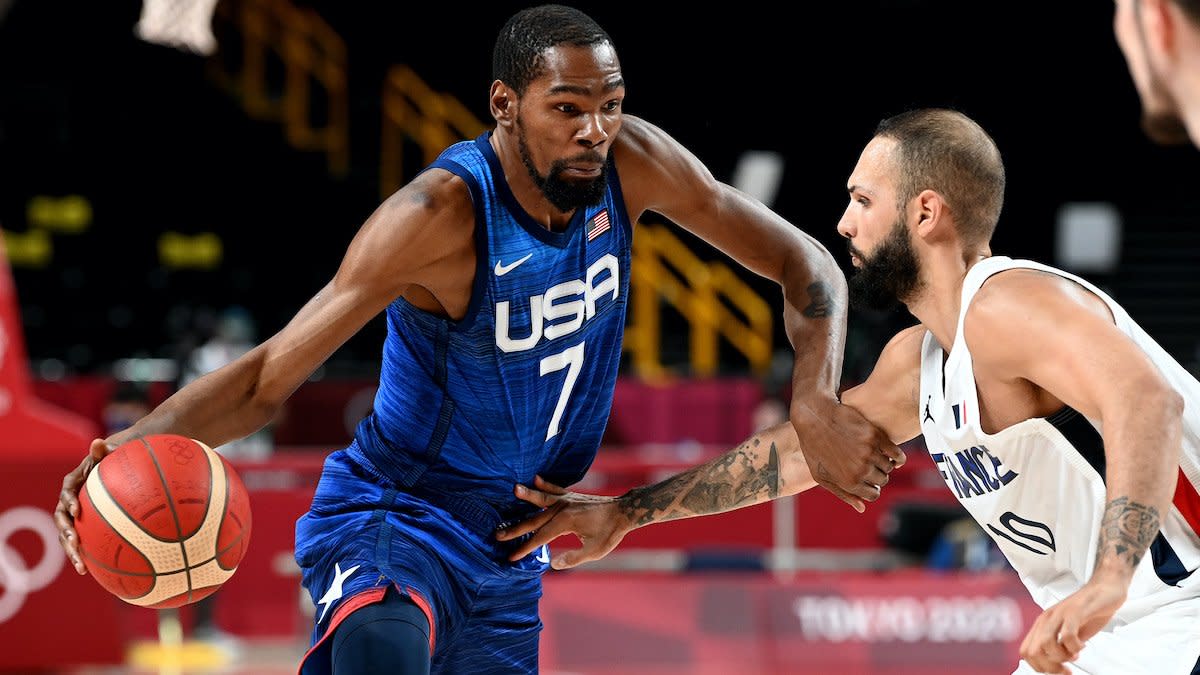 The United States men’s basketball team has overcome its pre-Olympic woes and will be competing for Olympic gold on Friday night in Tokyo.

Team USA seeks its fourth-straight gold medal at the Olympics. This time around, the squad will have to go through France — the only team to beat the U.S. men this tournament. With an 83-76 win in the first game of group play, France snapped a 24-game winning streak in Olympic competition for Team USA.

The U.S. men have since found their footing. Behind stars Kevin Durant, Jayson Tatum and Jrue Holiday the team has been undefeated since then, beating long-time rival Spain in the quarter-finals and Australia in the semi-finals.

Durant has led the way, averaging 19 points, 5.2 rebounds and 3.8 assists while breaking a United States scoring record along the way.

France’s journey to the gold-medal game has not been without stiff competition. Led by Rudy Gobert, Nicolas Batum and Evan Fournier, the team narrowly beat Luka Doncic and Slovenia in the semi-final 90-89.

Viewers can stream the final live Friday at 10:30 p.m. ET or watch on NBC.