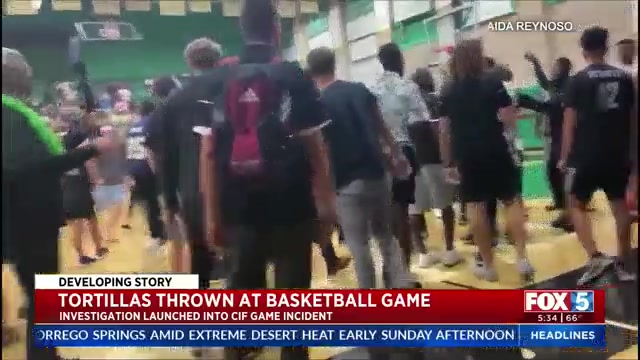 A basketball team from a majority-Latino high school in the San Diego area had tortillas thrown at them by players from an opposing predominately white school after a championship game on Saturday, according to the San Diego Union-Tribune.

The Coronado school district in the San Diego area apologized on Monday for the incident. At least two Coronado players threw tortillas, per the report.

“The Trustees of the Coronado Unified School District acknowledge these acts to be egregious, demeaning and disrespectful,” the school board said in a letter to Orange Glen, the opposing high school, via The Associated Press.