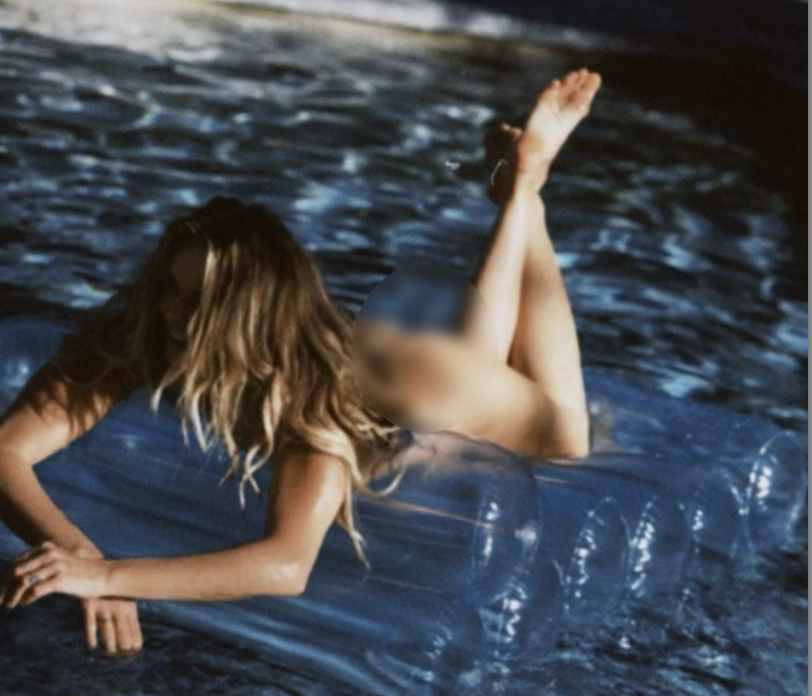 ‘Still got it after all these decades’

Elle Macpherson is making waves with her latest photos, which feature the 56-year-old Australian supermodel lounging naked on a pool float.

While it’s unclear if the bum-baring shoot is part of an ad campaign or just for fun — “full story coming soon,” Macpherson teased — but there’s no doubt that it’s getting quite a reaction.

Many commenters referenced Macpherson’s being dubbed “The Body” during her reign as a Sports Illustrated Swimsuit Issue cover girl.

“Always the body forever,” read one comment, while other fans hailed her as “ageless” and “flawless.”

“Still got it after all these decades,” another follower wrote.

Macpherson, who has two grown sons with ex-partner Arpad Busson has parlayed her modeling success into acting roles (Friends, The Edge) as well as her own business ventures. In addition to launching her own intimates brand, she’s co-founder of the WelleCo line of wellness supplements.

In a 2019 post featuring a shot of herself modeling a bikini, the star credited the supplements and her plant-based diet for her youthful glow.

“I spend as much time as I can in nature — swimming, walking — and drink loads of filtered water,” she added. “Meditation/reflection/prayer is important to me; it only takes 10 minutes a day but is a non-negotiable.”

Macpherson’s all-natural approach has recently come under fire, however. Last fall, the supermodel — who has been romantically linked to controversial doctor Andrew Wakefield — was accused of publicly voicing support for his views against vaccination.

Want lifestyle and wellness news delivered to your inbox? Sign up here for Yahoo Life’s newsletter.