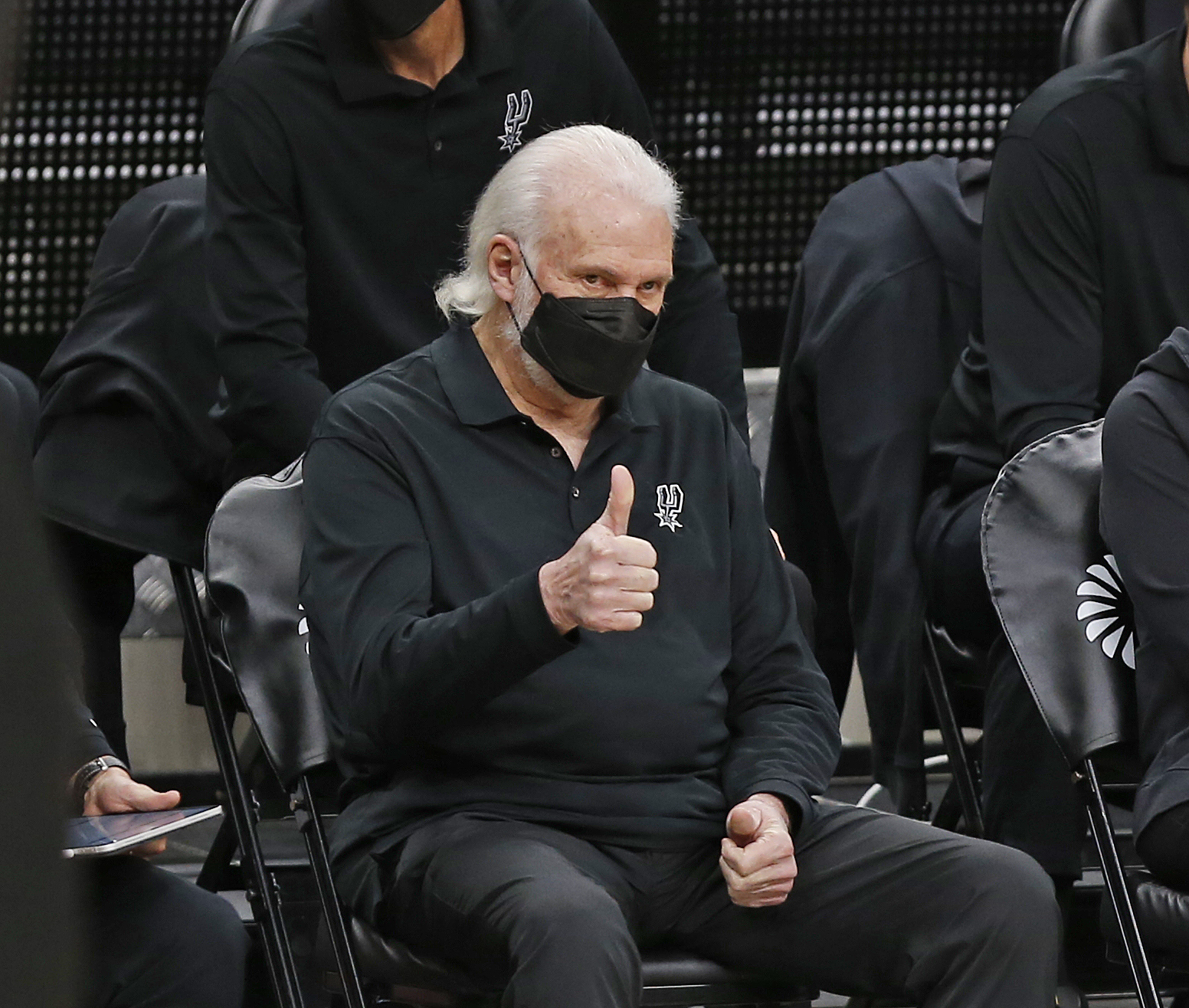 With the NCAA women’s basketball tournament being played in the area, Gregg Popovich and the San Antonio Spurs honored some of the top players in the history of the sport ahead of their matchup with the Charlotte Hornets on Monday night.

Spurs players all wore jerseys to the AT&T Center to pay tribute to some of the best players in women’s college basketball history.

Dejounte Murray even wore a Colorado State Becky Hammon jersey, honoring the Spurs assistant coach who was the point guard for the Rams from 1995-99.

The women’s tournament relocated to the San Antonio area this season due to the COVID-19 pandemic, and will close out with the Final Four at the Alamodome.

The tournament came under fire in recent days, too, after blatant differences were pointed out between the event and the men’s event in Indianapolis — including , gift bag differences and .

Though it’s just symbolic, the Spurs’ nod to the women’s tournament across town was a perfect gesture — and throwback jerseys like the ones that popped up in San Antonio made it that much cooler.

Latest on Celtics’ pursuit of Aaron Gordon trade with Magic