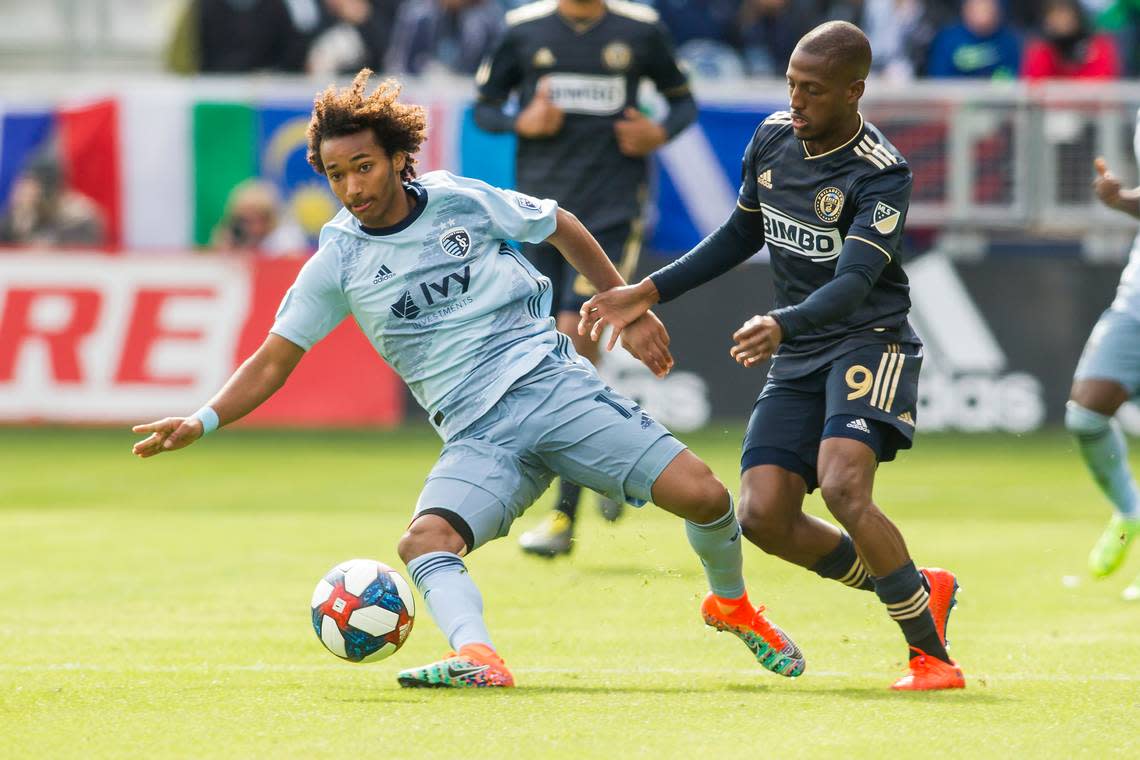 Kansas City will reportedly earn a base of $6 million from the transfer and up to $11 million in future incentives and clauses.

“This is a very proud moment for me and my family,” Busio said. “I’d like to thank everyone who has made it possible, especially all the people at Sporting KC who have helped me become the player and person I am today.”

The news comes just hours after Kansas City announced the signing of Argentine-Italian midfielder José Mauri, who plays in the same positions as Busio.

Busio left his home in North Carolina to join the Sporting Kansas City Academy in 2016 when he was just 14 years old. A year later he signed a Homegrown contract with the club and since then has gone on to become one of the best young American prospects in the national pool.

He made the leap as a first-team player for Sporting Kansas City in 2019, featuring in 26 games, before taking over the reins in midfield during the 2020 season.

He burst onto the national scene during the 2020 postseason when he became the youngest player in Major League Soccer to score and assist in a postseason game as Kansas City defeated San Jose at Children’s Mercy Park.

Transfer rumors have swirled around Busio ever since, with interest from multiple teams in England, the Netherlands, and Italy following him over the past six months.

All in all, Busio spent five years in the Sporting Kansas City system, tallying eight goals and nine assists in 70 appearances for Sporting across all competitions.

“Gianluca has embodied all of the core values we look for in a player,” Sporting KC head coach Peter Vermes said.

“He has consistently put the team first while demonstrating tremendous professionalism and an unwavering commitment to improving his game and helping the club win. Gianluca is a special talent with outstanding character, and we wish him nothing but the best at Venezia.”

Busio joins fellow American Tanner Tessman at Venezia, who joined the Italian club from FC Dallas on July 15. Venezia, based in Venice, was recently promoted to Italy’s top division after spending much of its history in the second tier of Italian soccer.

Sporting KC fans will get their first chance to hopefully see Busio in a Venezia jersey on Aug. 15 when Venezia hosts Serie B team Frosinone in the Coppa Italia first round at 1:45 p.m. Central time.

Venezia will then open the Serie A season on the road at Napoli on Aug. 22 at 1:45 p.m. Central time.

“Sporting will always have a special place in my heart and I’m grateful to have started my career at such an amazing club,” Busio said. “The people, the fans, the city — everything about Kansas City was perfect and it will always feel like home. This is the next step in my career and I’m really excited to join Venezia.”