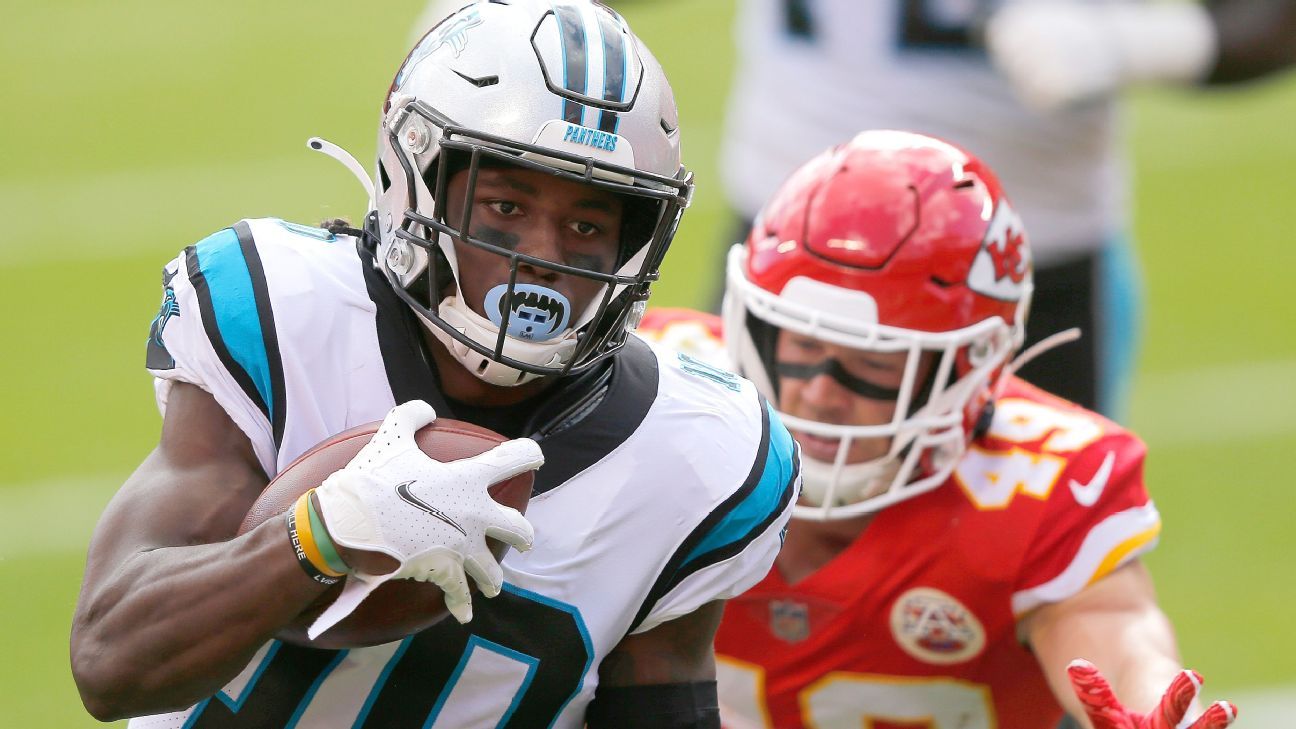 A second-round draft pick by the Panthers out of Ohio State in 2017, Samuel finally met expectations this past season under offensive coordinator Joe Brady, who took advantage of the speedster’s ability to play receiver and running back as he did in college.

Samuel had a career-best 77 catches for 851 yards and 41 rushes for 200 yards as Brady used the 24-year-old the way he planned to use running back Christian McCaffrey, who missed 13 games with injuries.

Samuel’s most impressive stat this past season was his catch rate (79.4%) that led all NFL receivers and was well ahead of his 56.3% rate the previous three seasons. He also became one of the league leaders on third-down catches for first downs.

Washington wanted to add speed at receiver and accomplished that mission with Samuel, who ran the 40-yard dash in 4.31 seconds at the 2017 scouting combine. Fellow starting receiver Terry McLaurin ran a 4.35 two years later. Washington lacked depth and a consistent receiving partner for McLaurin and wanted to limit the attention defenses paid to him.

Samuel’s deal reunites him with McLaurin in the NFL after they played together in college. The two were members of Ohio State’s 2014 recruiting class.

In a tweet Wednesday, McLaurin expressed his excitement over Samuel joining him in Washington, writing, “We really talked about this in the dorms freshman year.”

Washington tried to trade for Samuel last season, a quest that started in the summer and lasted until the trade deadline, ESPN reported Tuesday. The person who blocked the move: Panthers general manager Marty Hurney, who now serves as Washington’s senior vice president of player personnel.

Washington does have running backs Antonio Gibson and J.D. McKissic, both of whom can help in the pass game while split outside or in the slot. Both are former receivers. Samuel, a former college running back, will complement their skills by occasionally aligning in the backfield but focusing mostly as a receiver.

In 53 career games, Samuel has 185 receptions for 2,087 yards, 14 touchdown receptions, 478 rushing yards and five rushing touchdowns. Although injuries limited him to only 22 games his first two seasons, he has appeared in 31 of 32 games the past two seasons.

ESPN’s John Keim and David Newton contributed to this report.