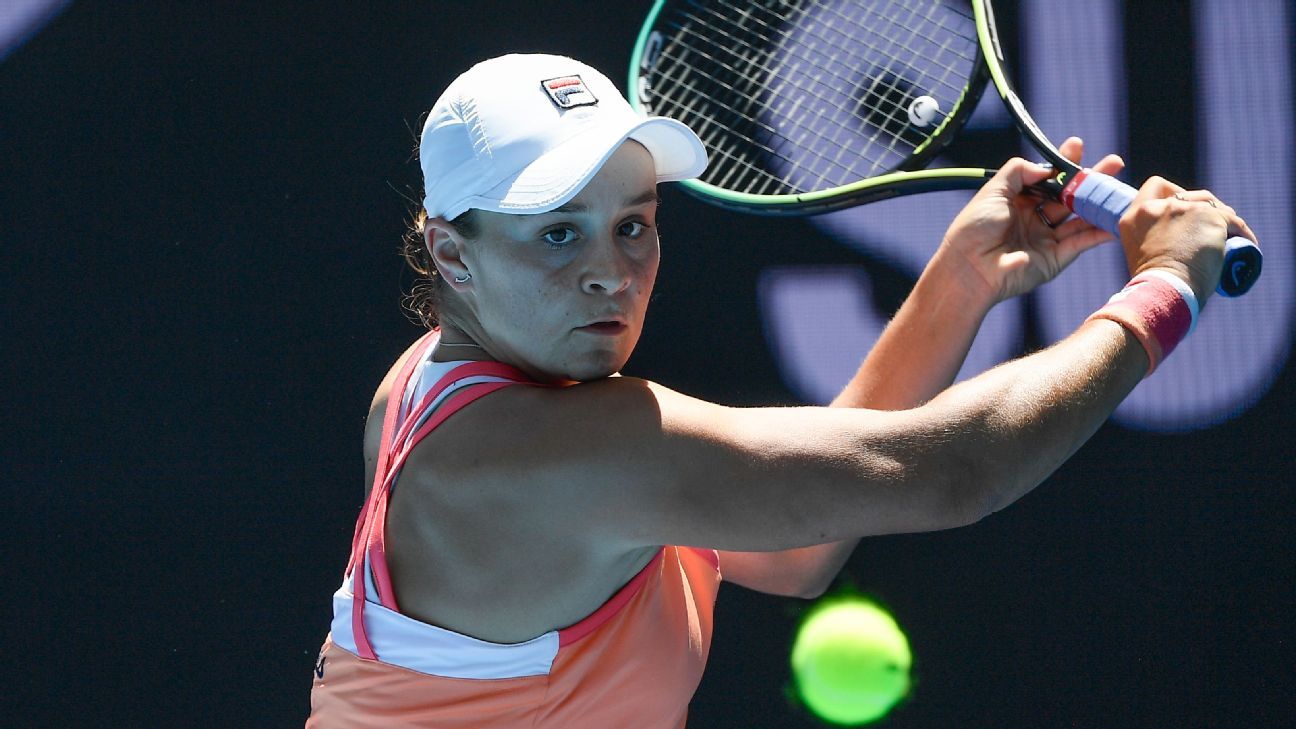 MELBOURNE — It’s a rare thing for Serena Williams to play a tournament the week leading into one of the tennis Grand Slams.

Now that she’s at Melbourne Park, though, she’s making the most of her time in the Yarra Valley Classic to prepare for next week’s Australian Open.

The 23-time major champion beat Tsvetana Pironkova 6-1, 6-4 on Wednesday to advance to the quarterfinals. She’s still on track for a semifinal match against top-ranked Ash Barty.

Williams had a tough win over Pironkova at last year’s U.S. Open, and then withdrew from their scheduled match at the French Open because of an Achilles injury.

That kept Williams on the sidelines until last week. She played her opening matches in Australia in a long-sleeve top.

But it was warmer Wednesday, and Williams came out hot. She won the first set in 28 minutes and made Pironkova struggle for almost every point. The Bulgarian rallied in the second set and saved three match points before Williams finished it off with a powerful service return forcing an error.

Williams was later asked when was the last time she played a warm-up tournament so close to a major.

The U.S. Open, last year, was her short answer. Then she elaborated.

“But before that, before this whole pandemic, I could count the times on one finger I’ve done that,” she said. “I’m just happy to be out here in any circumstances. It’s so cool after what the world went through the last 12 months. Very special to be out here.”

Williams won her last major title at the 2017 Australian Open, when she was pregnant with her daughter, Olympia. She’s still chasing Margaret Court’s all-time record of 24 Grand Slam singles titles.

“Coming off a night match, I’m an early riser so I didn’t get a lot of sleep last night,” the 2019 French Open champion said. “I felt in the middle of the match I pressed a little bit … but I was happy to get the win on my terms at the end.”

Barty will play Shelby Rogers in the quarterfinals.

On the bottom half of the draw, defending Australian Open champion Sofia Kenin fended off Jessica Pegula 5-7, 7-5, 6-2 in a spirited comeback. Kenin was a set and trailed 4-1 before making her revival.

Amazon Prime Video and Swimming Australia In Historic Streaming Splash Down Under
We use cookies on our website to give you the most relevant experience by remembering your preferences and repeat visits. By clicking “Accept”, you consent to the use of ALL the cookies.
Cookie settingsACCEPT
Manage consent