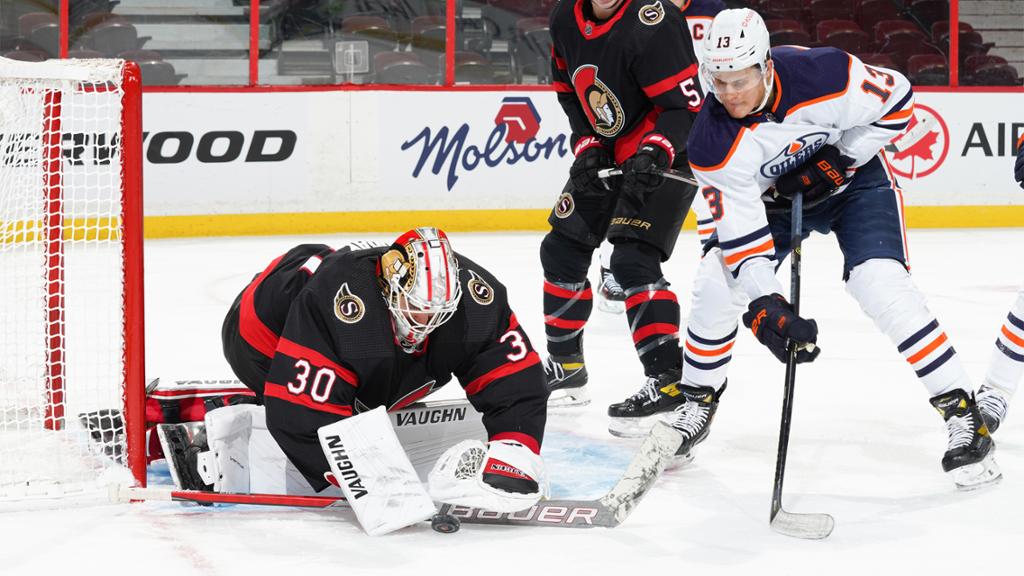 The Ottawa Senators penalty kill came through Monday night but they could only muster one goal in a 3-1 loss to the Edmonton Oilers at Canadian Tire Centre.

Ottawa (2-10-1) managed to stop the Oilers’ (7-7-0) top 10 ranked power play on all four occasions but couldn’t generate enough offence to get its third win of the year.

“I think we’re all just on the same page,” Paul said about the team’s success on the penalty kill. “We stick together as a group. Everyone is reading off each other and everyone understands what they’re doing.

“I think us coming together as a team and really focusing on it, and wanting to kill those penalties … has made the difference.”

Former Senator Tyler Ennis had the game-winning goal in the third period as the Sens suffered their second straight defeat. Edmonton also had goals from Leon Draisaitl and Josh Archibald while Mike Smith, in his season debut, made 27 saves.

Evgenii Dadonov had Ottawa’s lone goal and it in fact opened the scoring at 5:33 of the second. Brady Tkachuk chipped the puck over Oilers d-man Adam Larsson and Dadonov got possession of the puck but as he and Larsson battled for control the Edmonton blue liner inadvertently flicked the puck past Smith giving Dadonov his second goal of the year.

Draisaitl tied the game at 15:11 of the period as he was able to convert after the Sens couldn’t clear the zone.

“They’re a dangerous team, especially those top two lines,” Murray, who made 32 saves, said. “I thought we took too many penalties. That’s what killed us and it felt like we were killing them the whole second period and when you do that against the power play that’s that good, and against a team that’s that good, it’s hard to get the momentum back and we were never able to get that momentum back.”

Ennis’ first of the season came 6:09 into the final frame as he toe-dragged around Thomas Chabot and beat Murray low to give the Oilers the lead.

Archibald sealed the deal with 1:10 to play on an empty-net goal.

The game opened with a pair of fights inside the opening two minutes as Austin Watson and Jujhar Khaira squared off before Erik Gudbranson and Zack Kassian engaged in a spirited affair.

Ottawa drops to 0-3 this season against the Oilers but will have an opportunity to even this mini two-game series Tuesday when the two teams square off again at 7 p.m.