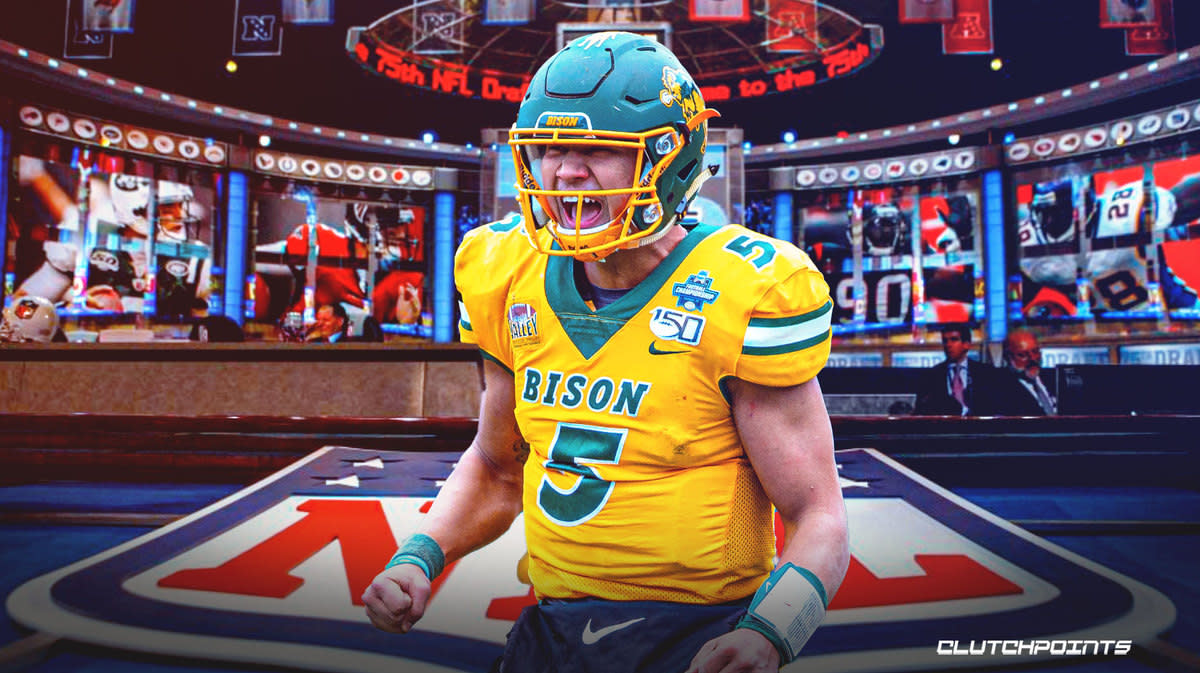 RUMOR: Washington Football Team Would Trade Up ‘All Its NFL Draft Picks’ For QB Trey Lance?

ASHBURN – – The Washington Football Team currently sits comfortably at the No. 19 pick in the NFL Draft. However, with an extra third-round pick, they have the ability to move up in the first round on April 29 should they wish.

Where would they trade? No. 4 with Atlanta? No. 5 with Cincinnati? Some call it bold. Others see it as reckless.

No matter the belief, it’d be aggressive for the new management of GM Martin Mayhew and Ron Rivera.

Washington should be set Week 1 under center with Ryan Fitzpatrick. Moving up for a quarterback this draft would mean they’d be adding a player to help them down the line.

That makes the potential pick even more intriguing.

Former NFL GM Michael Lombardi recently spoke on WFT’s draft situation. If there was a quarterback in line for them to take, Lombardi suggests they’d be willing ‘unload all their picks’ to snag him.

The gunslinger? NDSU’s Trey Lance.  Oh and remember this?

Lombardi is tapped in to plenty of the NFL with his vast background for over two decades. Who would leak this to him is unknown at this point.

Could it be Atlanta is trying to drum up interest? Yes.

The Falcons have made it known they are interested in moving down the draft board. Lance, who didn’t play in 2020 due to the FCS schedule moving due to COVID-19, is a name projected to land somewhere inside the top five.

Does Kyle Smith, the Falcons vice president of player personnel and former WFT employee, know something the rest of us don’t?

While with Washington, Smith traveled to Fargo for Lance’s lone game of 2020 against Central Arkansas. Perhaps that was because Ron Rivera and others in the building we infatuated with Lance’s potential

If it wasn’t from Atlanta, why would Washington leak out not only their intention, but their direct plan come draft night? Should the report indeed be true – based on what Washington SI has been told, Lombardi certainly isn’t backing down from it – what’s WFT reason to gamble on a player that can’t help them right away?

Washington currently has three quarterbacks under contract with Fitzpatrick, Kyle Allen and Taylor Heinicke. They all have varying levels of experience and clearly all three are more NFL-ready than Lance.

There’s always the notion of team need versus best player available. At No. 19 WFT could have the option of both. One season after winning the NFC East, is Washington a Super Bowl contender with a rookie QB?

READ MORE: Did WFT Get In On Darnold?

The other thought process is to go for it all under center. How’d that worked out for Jared Goff and the Rams?

Carson Wentz and the Eagles?

Sam Darnold and the Jets?

Washington currently has too many questions and not enough answers entering April. Lombardi’s report, though, has completely flipped the narrative as the countdown to pick No. 1 inches closer another day.