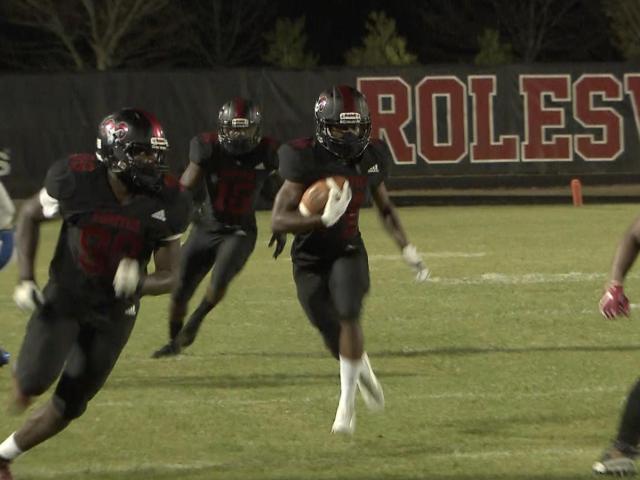 For the first time in school history, Rolesville defeated Wake Forest in football on Friday night.

The Rams were dominant, beating Wake Forest 36-3. It was a historical win for Rolesville, a relatively young program in Wake County and a school that fractured from Wake Forest when it was called Wake Forest-Rolesville High School, but it also ended many streaks.

Wake Forest’s dominance in Wake County and in the eastern region of the 4A classification dates back to when Wake Forest was still Wake Forest-Rolesville and Rolesville didn’t exist.

The Rams’ win over Wake Forest ended a 39-game win streak in conference play for the Cougars, spanning two conferences, six full seasons, and parts of two more seasons. The Cougars had never lost a game in the Northern Athletic Conference.

Wake Forest’s last conference loss came in 2013 when Sanderson upset Wake Forest on a very wet November night in Trentini Stadium. Wake Forest, holding on to small lead, had intercepted a Sanderson pass at the end of game but fumbled the interception return. Sanderson scooped and scored to hand the Cougars their third conference loss of the season.

The 36 points Wake Forest gave up to Rolesville was the most points allowed by a Cougars defense since the Mallard Creek state championship loss in 2013.

Wake Forest’s three points scored against the Rams was the smallest offensive output for Wake Forest since the 44-0 shutout loss to Butler in 2010.

Rolesville’s win over Wake Forest was a milestone victory for the Rams this year, but for the program as a whole too. Any time a new school beats its rival for the first time, it’s a big deal. But when your rival has had the success that Wake Forest has had over the last decade (or more), it’s an even bigger deal.