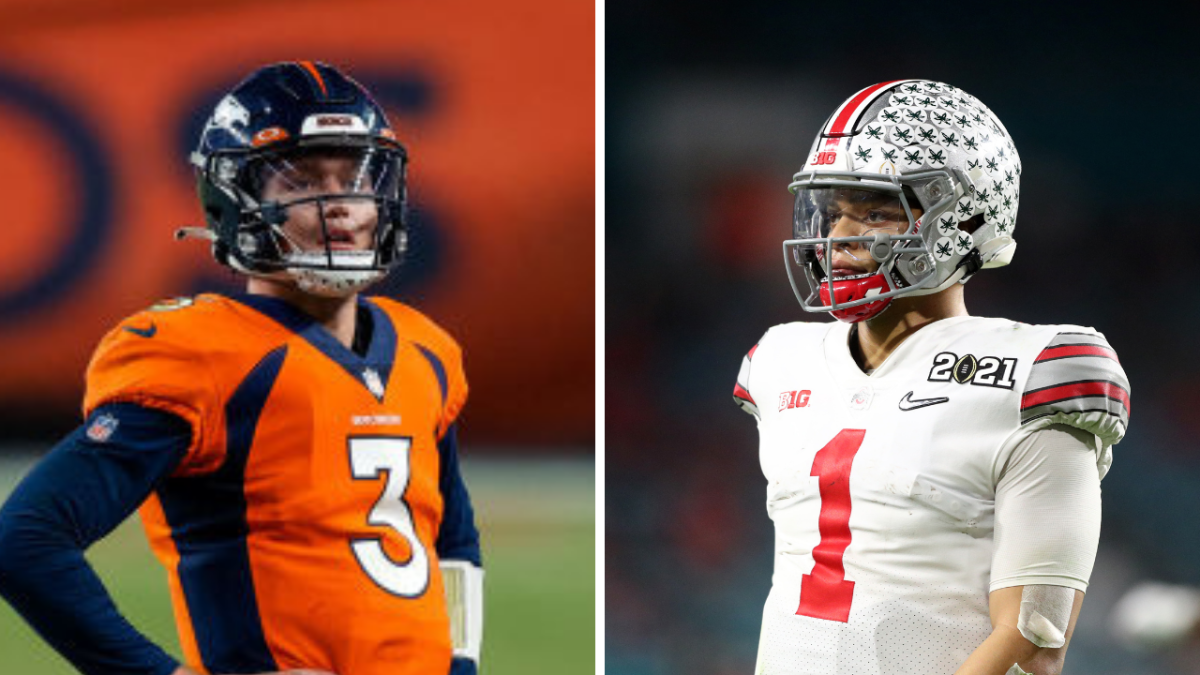 Report: Broncos Made Call to Falcons About No. 4 Pick

Whether it materializes on or before April 29 remains to be seen, but the Denver Broncos touched base with the Atlanta Falcons regarding the availability of the No. 4 overall pick in the 2021 NFL Draft, Woody Paige of DenverGazette.com reported Saturday.

According to Paige, new Broncos general manager George Paton holds “Mile High regard” for two quarterbacks in particular: Ohio State’s Justin Fields and North Dakota State’s Trey Lance, both of whom he’s watched up close and personal this offseason. Paton, per Paige, slightly prefers Fields and “could do the [trade] deal if he’s willing to pay the price.”

That price, he speculates, is 2021 first- and third-round picks, as well as a 2022 first-round choice. In return, Denver would receive from Atlanta fourth- and fifth-rounders for this year — along with the opportunity to secure its potential franchise signal-caller, the inevitable end to the Drew Lock experiment.

What happens next for the Broncos? Don’t miss out on any news and analysis! Take a second and sign up for our free newsletter and get breaking Broncos news delivered to your inbox daily!

Paige cautions, however, that even if the Broncos acquire Fields or Lance, Lock is likely to open the coming campaign as the starter. While a trade for his successor is “quite realistic,” according to Paige, its prospect falls short of a slam-dunk certainty.

Drew Lock is not a cinch lock to be the starting quarterback. But my opinion is the same as months ago: Lock will open the season as starter with a drafted, developing quarterback (Lance or Fields) or a veteran pick-up as the backup, although Brett Rypien will be in play because coaches and players like him as a Gary Kubiak-type reserve-sideline assistant.

The Broncos currently hold the No. 9 pick and have been connected to QBs throughout the scouting process. Prognosticators regularly project Fields landing with the club and even those in the sport’s high office believe the former Bison star will soon don orange and blue.

“They’ll take Trey Lance if he’s there,” an anonymous NFL GM recently predicted to The Athletic’s Mike Sando. “I think you have five quarterbacks going in the top 10.”

Ranking the 10 best freshmen over the past 5 seasons

“Naomi Osaka was a disaster in Miami”