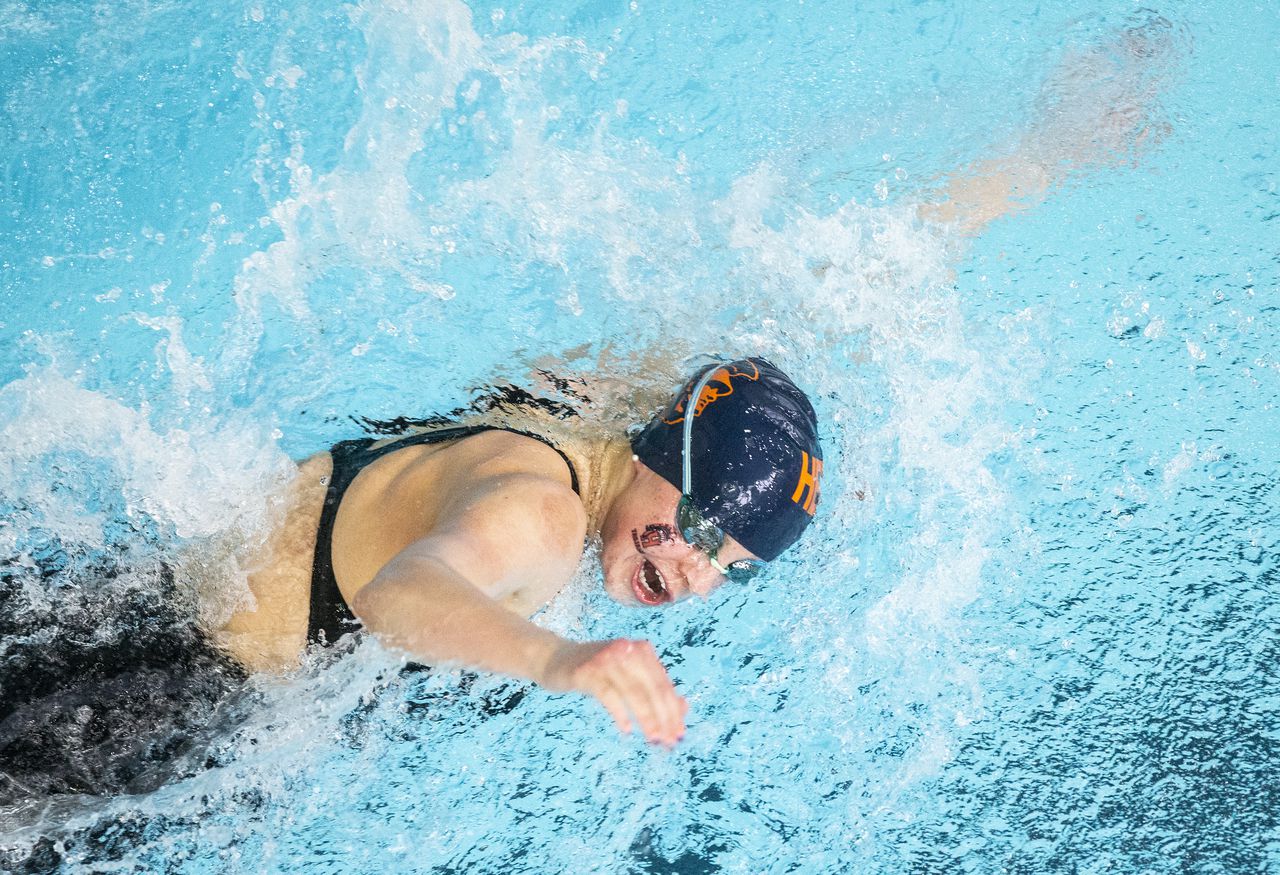 The field of swimmers set to compete in the PIAA state championships is starting to take shape.

On Monday, the PIAA released a list of all automatic qualifiers and time qualifiers that will be given a shot to compete at states. Due to a reduced field compared to past years, only district champions received automatic qualifications. Class 3A received eight additional swimmers based on top times across the state, while Class 2A received six added swimmers based on those times.

PennLive has put together a rundown of which swimmers from the Mid-Penn — and from Harrisburg Academy — will get a shot to race at state championships in pursuit of gold medals. The list is broken down by gender, class and team.

Here are the 2021 state qualifiers:

The Eagles received a time qualifying spot in the 200-yard medley relay. Jennifer Bolden and Presley Staretz both earned time spots in the 200 free, while Bolden also received another spot in the 100 free. Kamryn Barone will swim for the Eagles in the 100 breaststroke as another time qualifier. Cumberland Valley’s 400 free relay is listed as the top alternate.

Hershey’s 200 medley relay was just 0.12 seconds from receiving a time bid, but is listed as the first alternate on the psych sheet. Oyerly also received a time qualifying position in the 200 free. Claire Ryland and Tori Tafuto both earned time qualifying positions in the 50 free, while Angela Woronko is listed as the first alternate. Tafuto and Ryland each will also compete in the 100 free. Makennah Fickett will swim in the 100 backstroke at states after she posted a qualifying time as well.

Julia Strine received the only girls spot in the state championships from the Greyhounds after she won the District 3 Class 3A gold medal in the 100 breaststroke. Her time has her positioned as the swimmer to beat in the state field.

Maddy Koehle will also compete in the 100 breaststroke after her time earned her the top qualifying spot among non-district champions.

Lauren Wetzel’s time in the district 200 individual medley earned the unattached swimmer a time qualifying spot in the state championships.

Tyler Distenfeld received an automatic with one of the top times in the 500 free, sitting at the No. 5 spot among non-district champions.

The Trojans earned automatic qualifying times in both the 200 free and 400 free relays.

Connor Durand will get another shot at racing in the 100 breaststroke as his time positioned him as the third-highest non-district champion among time qualifiers.

The Crusaders will be positioned as the top alternate in the 200 medley relay.

The Bubblers will be sending two swimmers to the state championships with automatic bids as Jillian Strine will swim in the 50 free and Katie Buehler will compete in the 100 backstroke.

The Panthers received a pair of automatic qualifying times from Isabella Kil, who won the 200 individual medley and the 100 butterfly. East Pennsboro will also send its 400 free relay to Cumberland Valley with an automatic spot.

Jordan Plempel will get another shot at state medals after she earned a time qualifying spot in the 50 free, while being listed as the second alternate in the 100 backstroke.

Kari Powell will enter the state championships as the girls 2A swimmer to beat in the 100 breaststroke with the top qualifying time among automatic bids.

The Shamrocks also received a number of time qualifiers, including its 200 medley relay, which is the top time among non-district champions. They also received a spot for the 200 free. Powell will swim in the 200 individual medley and Lila DiCarlo will compete in the 100 backstroke.

Matthew Raudabaugh will represent the Bulldogs with an automatic qualifying time in the 100 breaststroke.

Big Spring also earned the top alternate spot among time qualifiers in the 200 medley relay, while Raudabaugh is the second alternate in the 200 individual medley.

The Crusaders received automatic qualifying times in several events, with their 200 medley relay, 200 free relay and the 400 free relay. Patrick Hemingway also received an automatic bid in the 100 backstroke.

The Bubblers’ Braelen Mowe will compete in the 100 butterfly after receiving an automatic bid for winning the event at districts.

Mowe will also compete in the 200 individual medley after earning the second top qualifying time among non-district champions.

Harrisburg Academy is sending Alexander Seman to the state championships in both the 200 free and the 500 free after he received automatic bids in both events.

Gavin Stuckey received the second alternate spot in the 100 backstroke in the state championships among time qualifiers.

The Shamrocks had a pair of time qualifiers in the 500 free with Harrison Ziegler owning the top time in the event among non-district champions and Ryan Lee sitting in the No. 4 spot. Trinity also has its 400 free relay unit set as the top alternate among time qualifiers.

*Harrisburg Academy is not a member of the Mid-Penn Conference

Where is LSU in latest USA TODAY Sports Bracketology?