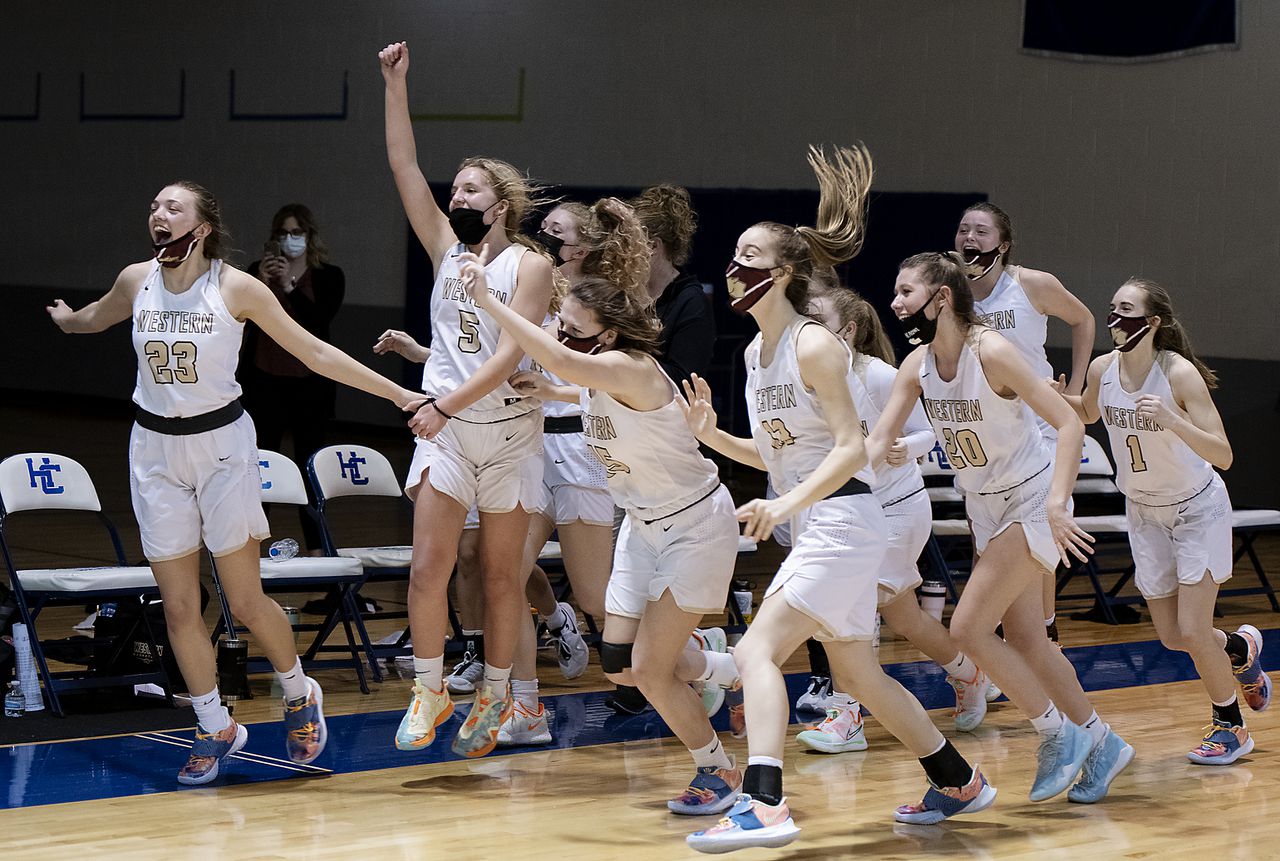 JACKSON – The Parma Western girls basketball team knew they had to dig deep if they wanted to make history Wednesday night, as they trailed Lansing Catholic 38-33 heading into the fourth quarter of the Division 2 regional finals at Williamston High School.

The Panthers responded to the short-lived adversity, as they have all season, by outscoring the Cougars 22-14 in the final frame to secure a hard-fought 55-52 win and the first regional championship in program history.

“We just regrouped and kind of collected ourselves,” said Western head coach Gina Fortress. “The third quarter wasn’t fabulous for us and I just told the girls before the fourth quarter started that (Lansing Catholic) was playing with more heart than we were and we had one last opportunity to turn this around.

“We closed the gap pretty quickly in the fourth and it just went back and forth for a while after that. They would hit a few shorts and then we would answer right back. At the end of the game, both teams missed a few shots but we were able to get a few more offensive rebounds and get to the foul line and converted most of our attempts to kind of pull away at the end.”

“Hillary and Alyna were huge for us in that fourth quarter,” said Fortress. “They were driving to the rim when we needed it, knocking down big shots and free throws down the stretch and they weren’t afraid to take over the game and really showcase those leadership qualities that they have.

“They were clutch for us tonight.”

The regional championship felt like a two-for-one shot at redemption for some within the Western program after the Panthers never got an opportunity to compete for its first-ever title last March when the season was canceled the day of a scheduled matchup with Marshall in the regional finals.

“Our motto all year has been unfinished business,” said Fortress. “Tonight, we had three players who were seniors on last year’s team come in and give this year’s team a pep talk before the game. They told the girls about how they needed to seize this opportunity and win this not only for the program but to redeem what happened last season.

“To win the first regional championship in program history is a really, really special accomplishment and Lansing Catholic was a very talented team. It was just a fun game to be a part of. We are going to celebrate this win tonight and I gave the girls tomorrow off. After that, we are going to get back to work this weekend and prepare for our next game.”

PHOTOS: Images from Hanover-Horton’s win over Michigan Center in the regional semifinals

Could Alabama Football Players Help In Basketball?
We use cookies on our website to give you the most relevant experience by remembering your preferences and repeat visits. By clicking “Accept”, you consent to the use of ALL the cookies.
Cookie settingsACCEPT
Manage consent