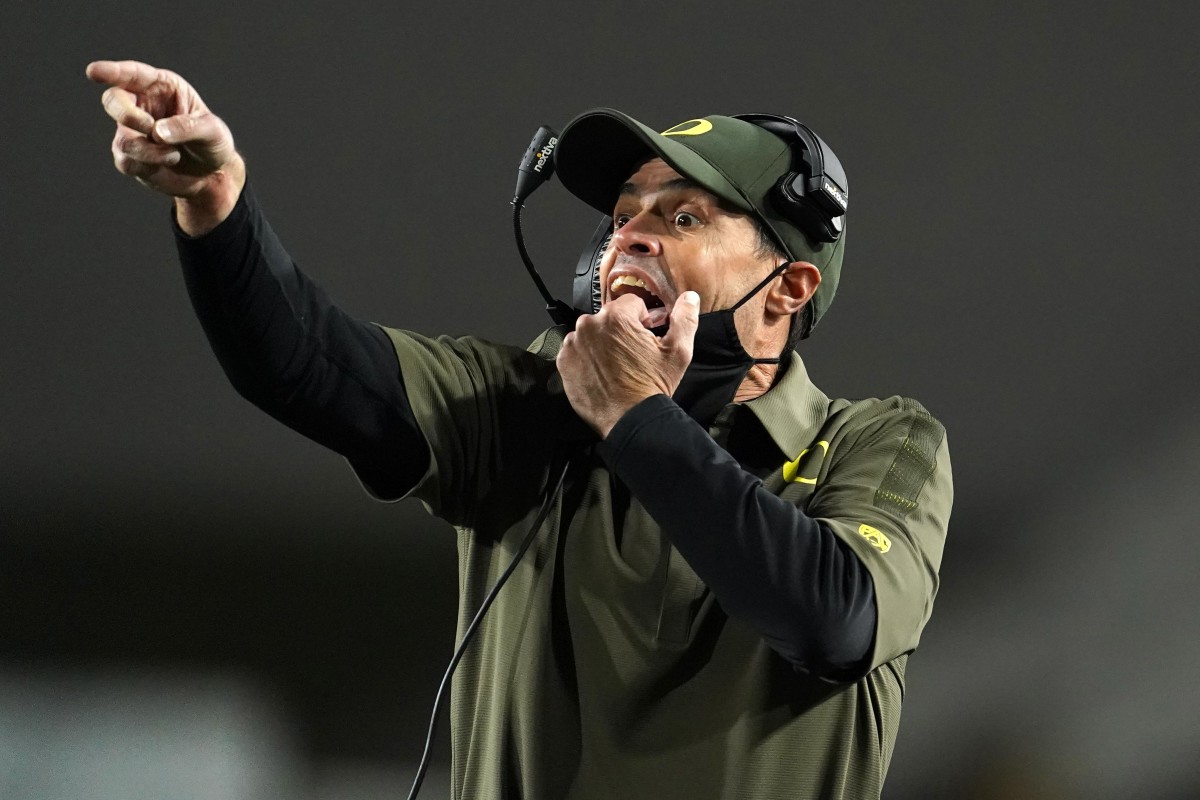 The Oregon Ducks return the entire starting offensive line from a season ago, after breaking in an entirely new unit following the 2019 season. George Moore, TJ Bass, Alex Forsyth, Ryan Walk, and Steven Jones all return with a full, albeit, shortened season under their belts.

The team also welcomed an elite group of freshmen from the program’s historic 2021 recruiting class, all of which is on already on campus and practicing. Mirabal provided an update on where those players are playing in Joe Moorhead’s offense.

Mirabal also noted that he believes the pandemic affected his group particularly due to the hands-on nature that comes with the position. The format of individual position drills and teaching technique changed greatly during the height of the pandemic and the coach added “It’s nice to have more of a traditional offseason.”

More updates can be found in the video above.

Stay locked into Ducks Digest and don’t miss a beat of our future Oregon Ducks coverage. Also be sure to like and follow us on social media to get the latest news and updates.

Mask use no longer required for several Delaware outdoor sports | The Latest from WDEL News
We use cookies on our website to give you the most relevant experience by remembering your preferences and repeat visits. By clicking “Accept”, you consent to the use of ALL the cookies.
Cookie settingsACCEPT
Manage consent