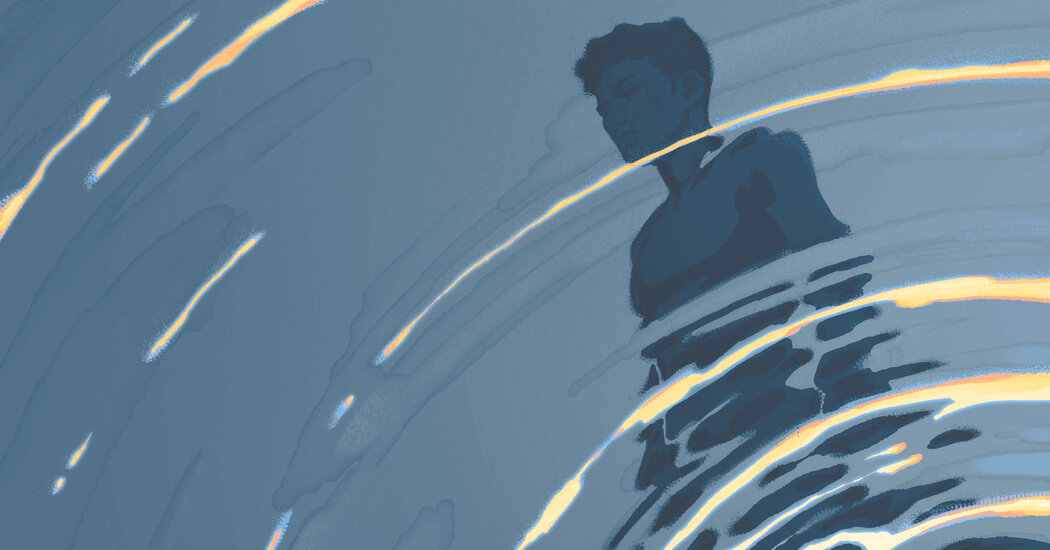 Opinion | I’m Paralyzed, but I Can Finally Feel the Joy of Swimming

I began a freestyle stroke, my arms lengthening, my lower torso surprisingly stable beneath me. After the crawl, I tried the backstroke, then the breaststroke. My better right leg couldn’t crack the surface with a propulsive kick as I had hoped, but I felt the two of them, right and left, gently twisting, syncing with the rocking movement of my upper body.

I went the length of the pool and then some. I was overjoyed, happily breathless. Swimming had always felt purely transactional to me, the price you paid for being in a dangerous place. This was different.

My Airtime Floater wet suit wasn’t medical issue, but “universal design” sports gear made for nondisabled and disabled swimmers alike. It was not embarrassing to wear, nor did it signal to others my disability. Somebody might see me in a Y.M.C.A. pool from a lane or two away, I thought, and barely take a second look. I guess that mattered to me. As an athlete who was injured later in life, I have struggled with self-consciousness about my disability. “Transformational” is an overused word. But this was close. I put on a simple garment that changed me.

In the ensuing winter weeks, I swam for distance, and even time. We talked form and technique, the way the thumb arcs backward at the top of the backstroke, or the arms expand outward to drive the breaststroke, then knife forward for glide. “That’s better,” Mollie said, as I rhythmically rose and lowered my upper torso in the water, trying to find the elusive sweet spot of control and power.

I had always assumed you were either born for the water or not. My infant daughter adored the feel of bath water as it flowed over her tiny head. My son, at the same age and in the same tub, screamed bloody hell. But maybe the relationship is less fixed, alterable by episode and circumstance and need.

I had much work to do, but the odd thing was that I was looking forward to what was next. Shortly after Mollie said I could swim on my own, I made a reservation for lap time at the local Y.M.C.A.

My 91-year-old mother grew up on Long Island Sound and loved to swim as a young girl. As a young mother she would show off a bit in front of her sons, reveling in her crisp water entry and a form-perfect overhand stroke. When I told her about my unlikely return to swimming, she joked that well, it had taken me only 59 years. Then she had an idea: Let’s take a swim at the quarry this summer, she said. Could we do that?

Todd Balf is the author of several books, including “Major: A Black Athlete, a White Era, and the Fight to Be the World’s Fastest Human Being” and, most recently, “Complications,” a memoir of his five-year journey adapting to sudden disability.

Disability is a series of essays, art and opinion by and about people living with disabilities.

Now in print: “About Us: Essays From the Disability Series of The New York Times,” edited by Peter Catapano and Rosemarie Garland-Thomson, published by Liveright.

The Times is committed to publishing a diversity of letters to the editor. We’d like to hear what you think about this or any of our articles. Here are some tips. And here’s our email: [email protected].

2021 NFL Mock Draft: Patriots trade up to No. 4, creating an unprecedented run on quarterbacks