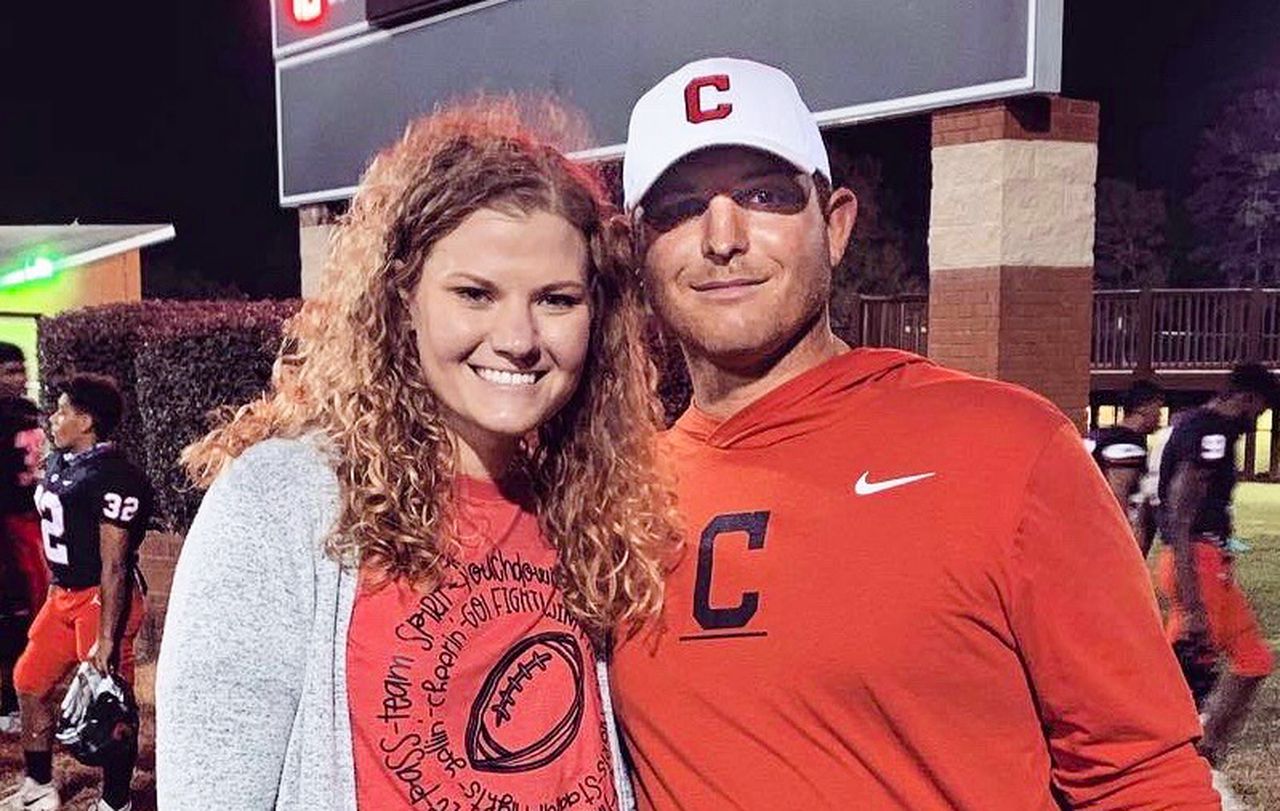 Tyler Crane knows the Class 7A football landscape in Birmingham.

An assistant coach at several state schools for the past seven seasons, Crane was announced today as the new head football coach at Oak Mountain. Among his stops were two years as an assistant to former Oak Mountain coach Cris Bell in 2016 and 2017.

“I have the utmost respect for every one of those coaches,” Crane said. “A lot of people are going to look at me and say ‘hey, you’re out of place or you’re in over your head.’ My whole career I’ve been told I can’t do it.

“If you’re going to jump into the fire, you might as well swan dive right into it. I’m looking forward to it. I know those guys are incredible and it’s going to be difficult, but put on your big boy pants on and let’s go to work.”

Crane replaces Bell, who left to take over the Scottsboro program. Tony Pugh started the Oak Mountain program in 1999 and coached for five seasons (20-30), followed by Jerry Hood for five years (28-26), Jeff Harris for three years (8-22) and Bell for nine years (47-49).

Crane was graduated from Cedar Bluff then played football for a year at Huntington before dropping college sports and transferring to Jacksonville State.

He spent two years as a volunteer coach at Sand Rock then got his first assistant job as the defensive coordinator at Winterboro. Other stops included Cherokee County, Foley, Oak Mountain, Northridge and Central-Phenix City last season.

He credits the coaches he played for and worked under as sparking interest in the profession, particularly Steve Smith at Cedar Bluff and Russell Jacoway at Sand Rock. Jacoway coached 32 years at Sand Rock and won the 1985 state championship while Crane played for Smith at Cedar Bluff – he’s now at Piedmont – and has coached 26 years with 258 wins and four state titles, all at Piedmont.

“I’ve been at a lot of places and learned a lot from some great coaches and that has been a huge blessing for me,” Crane said. “Growing up, coaches were always there for me. If I hadn’t had Steve Smith, if I hadn’t had Russell Jacoway at Sand Rock, if I hadn’t had those guys in my life, I wouldn’t be where I am now. Those guys took a chance and worked with me.”

He has a plan for the Oak Mountain program.

“This community wants football to be successful and to be on the same level as everybody else. I want when people say ‘Oak Mountain’ they don’t want to see that name pop up on the schedule.

“They’ve done a really good job of setting the foundation and now lets see this thing take off.”

In other coaching news, Bessemer City hired Saraland assistant Antonio Nelson as its new coach. He’s the sixth coach in the past six years for the Tigers and replaces Rudy Griffith, who was 2-8 last season.

Nelson is a Bessemer native and has 13 years coaching experience, including assistant jobs at Bessemer City, Jackson-Olin and Restoration Academy before Saraland.