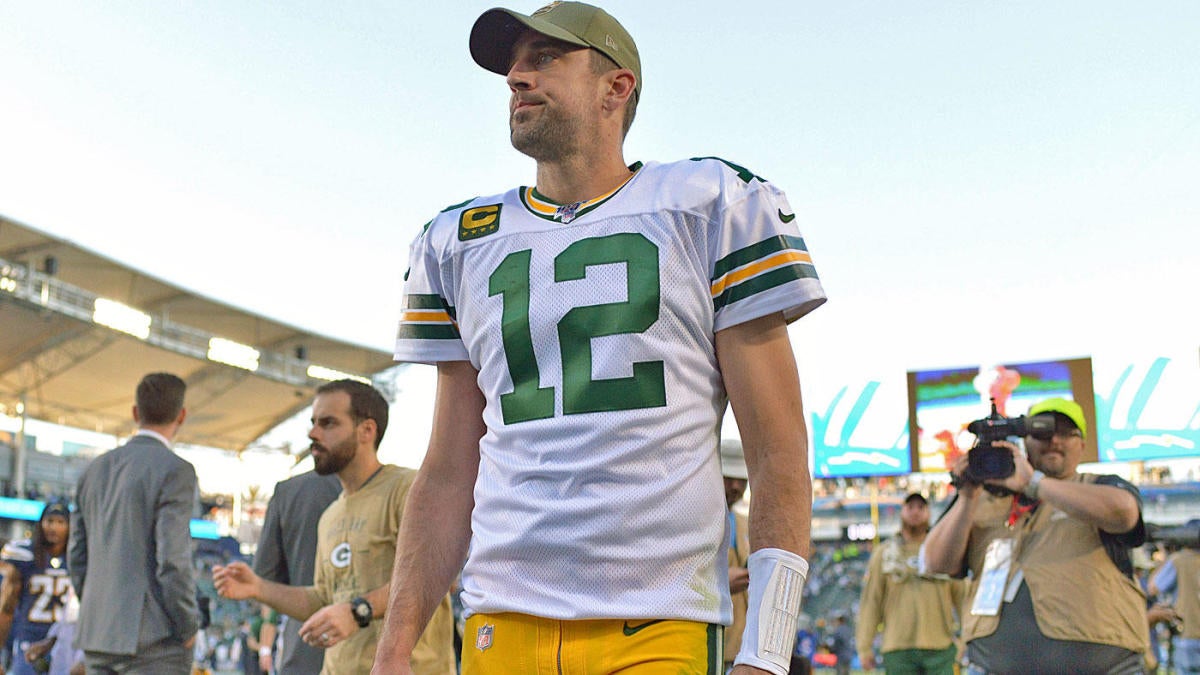 The Vince Lombardi Trophy will be given away on Sunday, but the NFL’s highest individual honors were revealed during Saturday night’s NFL Honors. Among the awards: MVP, Coach of the Year, Comeback Player of the Year and Rookie of the Year. The night also included the unveiling of the Pro Football’s Hall of Fame’s eight-member Class of 2021.

Longtime comedian and TV host Steve Harvey hosted this year’s virtual NFL Honors. A Browns fan, Harvey kicked off the festivities by congratulating Jarvis Landry (who was among the players who watched the festivities virtually) on helping Cleveland snap its 18-year playoff drought. Harvey also took delight in the Patriots missing the playoffs for the first time since 2008. While Patriots fans probably did not like that portion of the evening, T.J. Watt clearly took offense to not being named this year’s Defensive Player of the Year. On a lighter note, Kyler Murray’s wardrobe immediately went viral, as the Cardinals’ quarterback clearly chose comfort over style.

Here’s a look at each of Saturday night’s award winners, as well as the Hall of Fame’s newest class.

Super Bowl LV is almost here, and you can watch it for free on the CBS Sports App.

MVP: QB Aaron Rodgers, Packers: Rodgers is now a three-time MVP after winning the honor in 2011 and in 2014. In his 13th season as Green Bay’s starting quarterback, Rodgers led the NFL in touchdown passes (48) and completion percentage (70.7%).

Walter Payton Man of the Year: QB Russell Wilson, Seahawks: Wilson is involved in various charities that includes his own foundation. In 2020, Wilson and his wife Ciara partnered with Food Lifeline to donate over a million meals to those in need during the COVID-19 pandemic.

Comeback Player of the Year: QB Alex Smith, Washington: After a major leg injury kept him out for an entire season, Smith not only played in 2020, but he helped lead Washington to its first division title since 2015. Smith won five of his six starts while completing nearly 67% of his passes.

Offensive Rookie of the Year: QB Justin Herbert, Chargers: The No. 6 overall pick re-wrote the NFL’s rookie passing record book. In 2020, the former Oregon Duck completed nearly 67% of his throws for 4,336 yards and 31 touchdowns. He threw at least two touchdowns 10 times and for over 300 yards eight times.

Defensive Rookie of the Year: DE Chase Young, Washington: The No. 2 overall pick in the 2020 draft racked up 7.5 sacks, four forced fumbles and three fumble recoveries. Young returned one of those fumbles for a score while helping Washington win the NFC East.

Defensive Player of the Year: DT Aaron Donald, Rams: This is Donald’s third DPOY award over the past four years. An All-Pro for a sixth straight year in 2020, Donald tallied 13.5 sacks, four forced fumbles, and 14 tackles for loss.

Offensive Player of the Year: RB Derrick Henry, Titans: Henry won his second consecutive rushing title in 2002. He also became the eighth player in NFL history to rush for over 2,000 yards in a season. His 2,027 yards is the fifth-highest in league history.

Coach of the Year: Kevin Stefanski, Browns: In his first season in Cleveland, Stefanski led the Browns to an 11-5 record and the franchise’s first postseason berth since 2020. The Browns also won their first playoff game since 1994.

Assistant Coach of the Year: OC Brian Daboll, Bills: Under Daboll, the 2020 Bills finished second in the NFL in scoring, third in rushing, and third in third-down efficiency. Quarterback Josh Allen enjoyed a breakout year that saw him score 45 total touchdowns.

Deacon Jones Award: OLB T.J. Watt, Steelers: Watt won the award after leading the NFL with 15 sacks. He also paced the league with 23 tackles for loss.

WR Calvin Johnson (2007-2015): “Megatron” was a six-time Pro Bowler, three-time All-Pro and a member of the NFL’s All-2000s Team. A two-time receiving champion, Johnson’s 1,964 yards is the highest single-season total in league history.

DB John Lynch (1993-2007): Lynch was a five-time Pro Bowler and strong safety and was also a Pro Bowler during each of his four seasons at free safety. Lynch played a key role in the Buccaneers’ Super Bowl XXXVII victory.

Senior inductee: WR Drew Pearson (1973-1983): A three-time All-Pro, Pearson is the only member of the NFL’s All-1970s Team that is not already enshrined in Canton. The recipient of the NFL’s first Hail Mary pass, Pearson helped lead the Cowboys to seven NFL championship game appearances, three NFC titles and a victory in Super Bowl XII.

Contributor: Bill Nunn: Before being known as the Steelers’ “Super Scout,” Nunn was a successful sportswriter and managing editor of The Pittsburgh Courier, which was one of the nation’s most influential Black publications. Nunn used his deep knowledge of historical Black college football programs to create an annual “Black College All-America Team.”

In 1968, Nunn joined the Steelers as the team’s assistant personnel director. Nunn is credited for acquiring the Steelers players that would contribute to the team’s 1970s dynasty. Those players include Joe Greene, Mel Blount, L.C. Greenwood, Dwight White, Ernie Holmes, John Stallworth, Donnie Shell, Joe Gilliam and Frank Lewis, among others. Nunn, who died in 2014, is one of the few members of the Steelers’ organization to play a hand in each of the team’s six Super Bowl victories.

You can check out a recap of Saturday night’s festivities detailing how the the night unfolded in real time below.

2-6 Prep Roundup: Chi-Hi’s Porzondek sets two school records at Division 1 state boys swimming championships | High-school
We use cookies on our website to give you the most relevant experience by remembering your preferences and repeat visits. By clicking “Accept”, you consent to the use of ALL the cookies.
Cookie settingsACCEPT
Manage consent