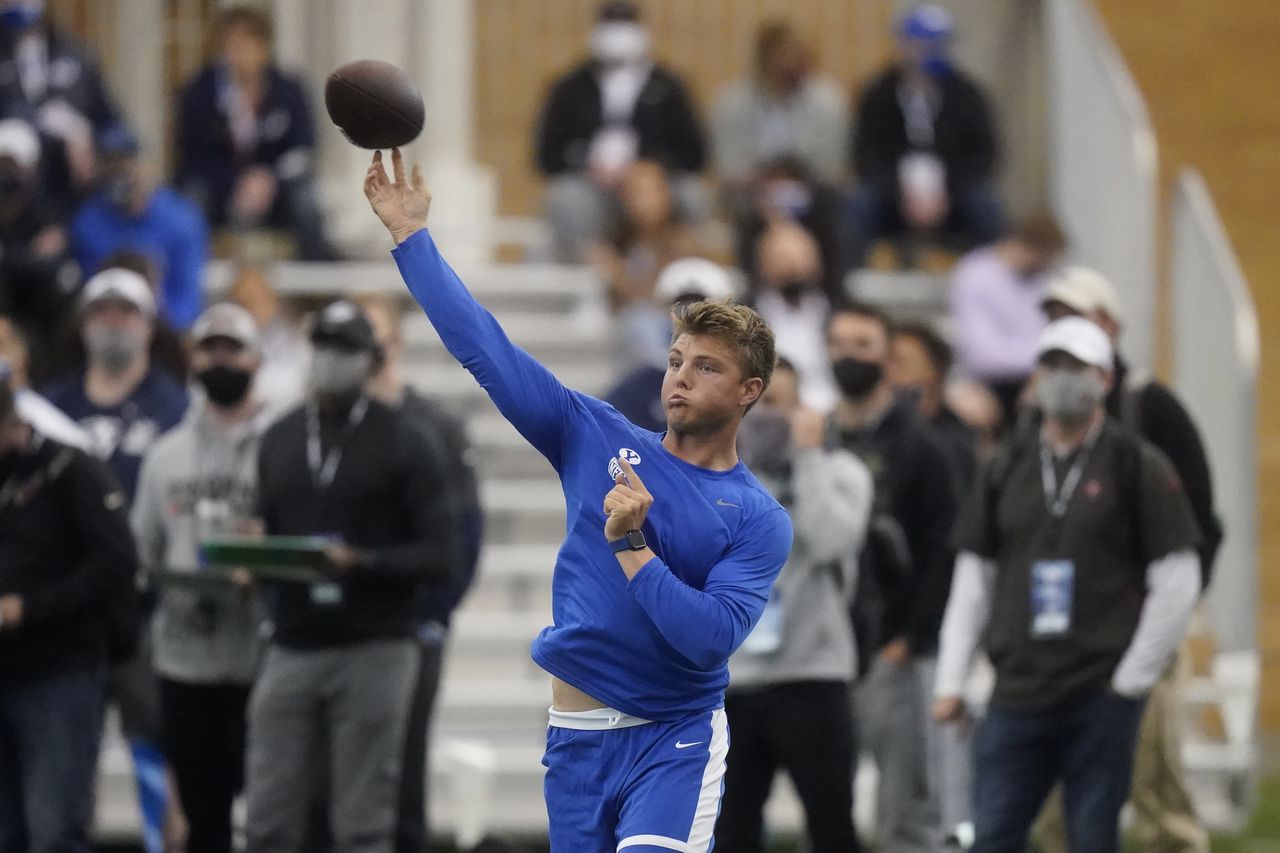 Doug Robinson is a columnist for the Deseret News, a newspaper published in Salt Lake City, Utah.

Robinson has been on staff for more than 40 years, so he has the pulse of the BYU football program and the fans who support it.

That prompted Robinson to pen an open letter to the New York Jets, begging them not to select Cougars quarterback Zach Wilson with the No. 2 pick overall in the 2021 NFL Draft.

In asking the Jets to “give the kid a break,” Robinson lobs some verbal barbs at New York:

“Look, the Jets are to quarterbacks what Larry King was to marriage.”

“It might surprise you to know that the Jets have had one winning season in the last decade. Who thought it was that many?”

“Do you realize that the Jets’ all-time leader in starts is still Joe Namath? Namath is the single-most overrated football player in history (look at his stats, just for fun), and he’s still the most successful player they’ve had at the position. That’s more than a half-century ago.”

Something tells me Jets general manager Joe Douglas won’t be swayed by Robinson’s argument. After trading Sam Darnold to the Carolina Panthers, the Jets appear to be a virtual lock to draft Wilson.

Thank you for relying on us to provide the journalism you can trust. Please consider supporting NJ.com with a subscription.

Mike Rosenstein may be reached at [email protected]. Tell us your coronavirus story or send a tip here.

Mark Cuban’s latest guess for when Mavs’ local broadcasts will return to streaming: ‘Hopefully by next season’