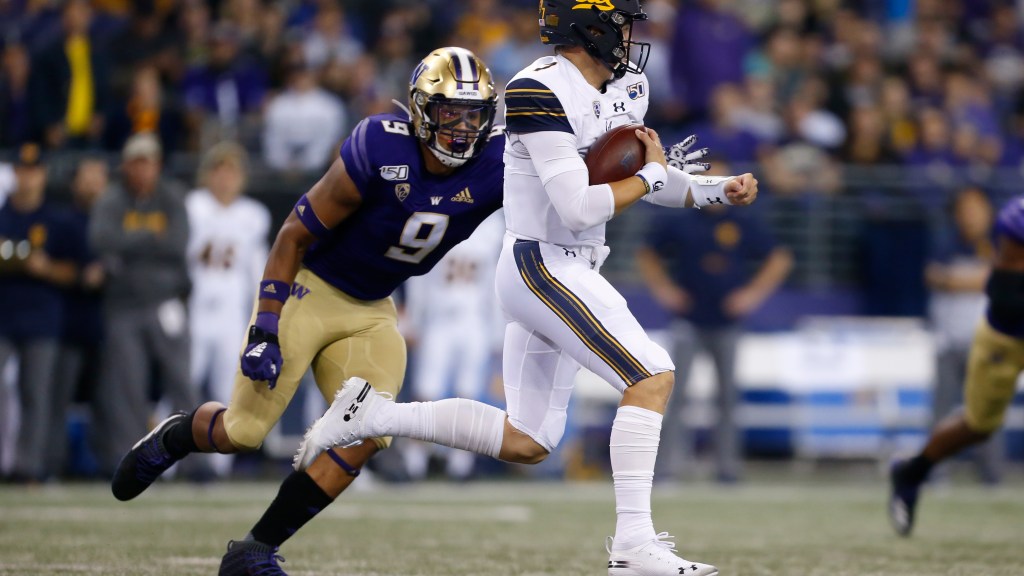 The mock draft season is beyond full swing these days and a lot of the same players are being mocked, or matched, to the same teams although no one really has any insight into which team will pick what player.

The New York Giants have been linked to several players — mostly on the offensive side of the football at No. 11 overall. Florida tight end Kyle Pitts and Alabama wide receivers Jaylen Waddle and Devonta Smith are the most common names associated with the Giants.

On the defensive side of the ball, Miami defensive end Gregory Rousseau and Michigan edge rusher Kwity Paye are frequent picks by mock draftniks.

Tryon (6-foot-5, 265 pounds) is a riser on many draft boards but this is the furthest up I’ve seen him ranked. Many have him as a Day 2 or early Day 3 selection. Hunt tells us that Tryon isn’t going to fall that far.

Tryon may be a surprise to many here, but the former Washington Husky can flat out pressure the QB. The Giants need a threat coming off of the edge, and Tryon is a twitched-up, lengthy and athletic player who can be just that.

All true. Rousseau opted out last year after just one season at Miami. Tryon opted out as well after two seasons with the Huskies. He had 12.5 sacks in 2019.

By admission, CBS Sports has Tryon ranked 45th overall on their board, so this is a reach even by their standards. In this mock, Hunt has the Giants passing on Pitts and Waddle, has Rousseau falling out of the first round and has BYU quarterback dropping all the way to No. 12 to San Francisco.

I respect Hunt’s ability to scout players and I like the fact that he has the two Notre Dame linemen (Liam Eichenberg and Adam Banks) going in Round 1 as well as Cal cornerback Camryn Bynum and BYU tackle Brady Christensen, but I don’t see Wilson going into free fall.

Either San Francisco or another team will likely move into the top 10 to draft Wilson. That aside, Tryon to the Giants is a solid move, it just seems a little early, that’s all. If they could get him in Round 2 at No. 42, that would be optimal.