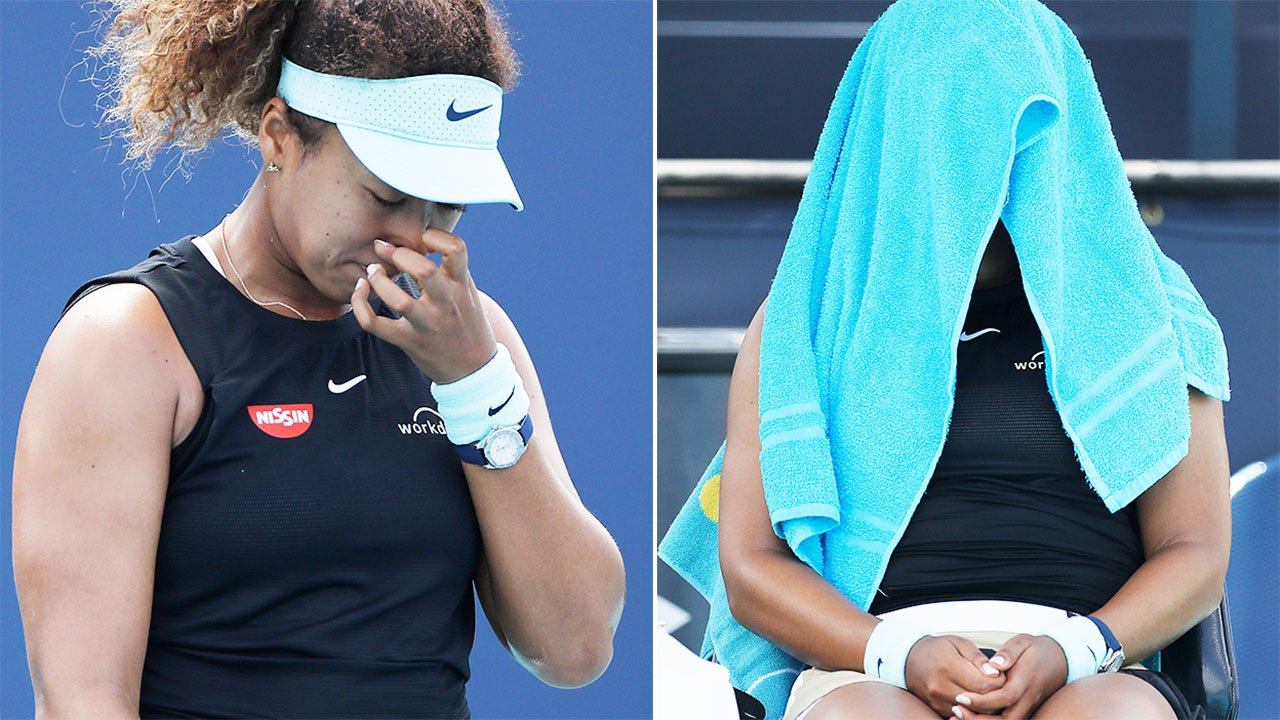 Ash Barty is guaranteed of retaining the World No.1 ranking at the Miami Open after Naomi Osaka crashed out in extraordinary scenes on Wednesday (local time).

Osaka was on a 23-match winning streak heading into her quarter-final clash with Maria Sakkari, but looked a shadow of her former self against the Greek star.

The 25-year-old Sakkari produced a masterful display to defeat the Australian Open champion 6-0 6-4 in just 69 minutes.

It was the Japanese star’s first loss since February last year and ended any chance of her reclaiming the No.1 ranking this week from Barty, who has already made the semi-finals.

Osaka won her fourth Grand Slam title in Melbourne last month, but in five Miami appearances she has still never advanced beyond the last-eight.

Against the No.23 seed, Osaka lost 15 consecutive points on her serve to fall behind and also blew a 4-1 lead in the second set in an uneven performance that saw her face a break point in seven of her eight service games.

Sakkari, who earned her sixth career win over a top-five opponent, had only reached this stage because she saved six match points in the fourth round before beating American Jessica Pegula.

Osaka took a 40-0 lead in the opening game but didn’t win another point on her serve until the second set.

When she ended the drought, she received a big ovation from the small crowd, which she followed up with her best stretch of tennis.

But Sakkari rallied. From 40-0 down at 4-4, she won five consecutive points, hitting one last thunderous return to break before serving out coolly for the victory.

Osaka made only 41% of her first serves, with Sakkari repeatedly pouncing on her second serve to take control of rallies.

Tennis fans were left in disbelief over Osaka’s meltdown.

Barty will face Elina Svitolina in the semi-finals after surviving a huge quarter-final test in trying conditions with a hard-fought victory over the heavy-hitting Aryna Sabalenka.

The heat and humidity in South Florida reminds Barty of what conditions can be like in Queensland.

And she loves it, extending her winning run in Miami to 10, which includes her 2019 title success when the tournament was last played.

The world’s top-ranked player didn’t wilt against Sabalenka, winning the final nine points to prevail 6-4 6-7 (5-7) 6-3 for her third three-set win in four matches this tournament.

“I enjoy these courts,” Barty said.

“You know, I enjoy the balls and how they are responsive to spin.

“A lot of different elements.

“But, you know, there are a lot of places around the world that I enjoy playing and here is one of them.”