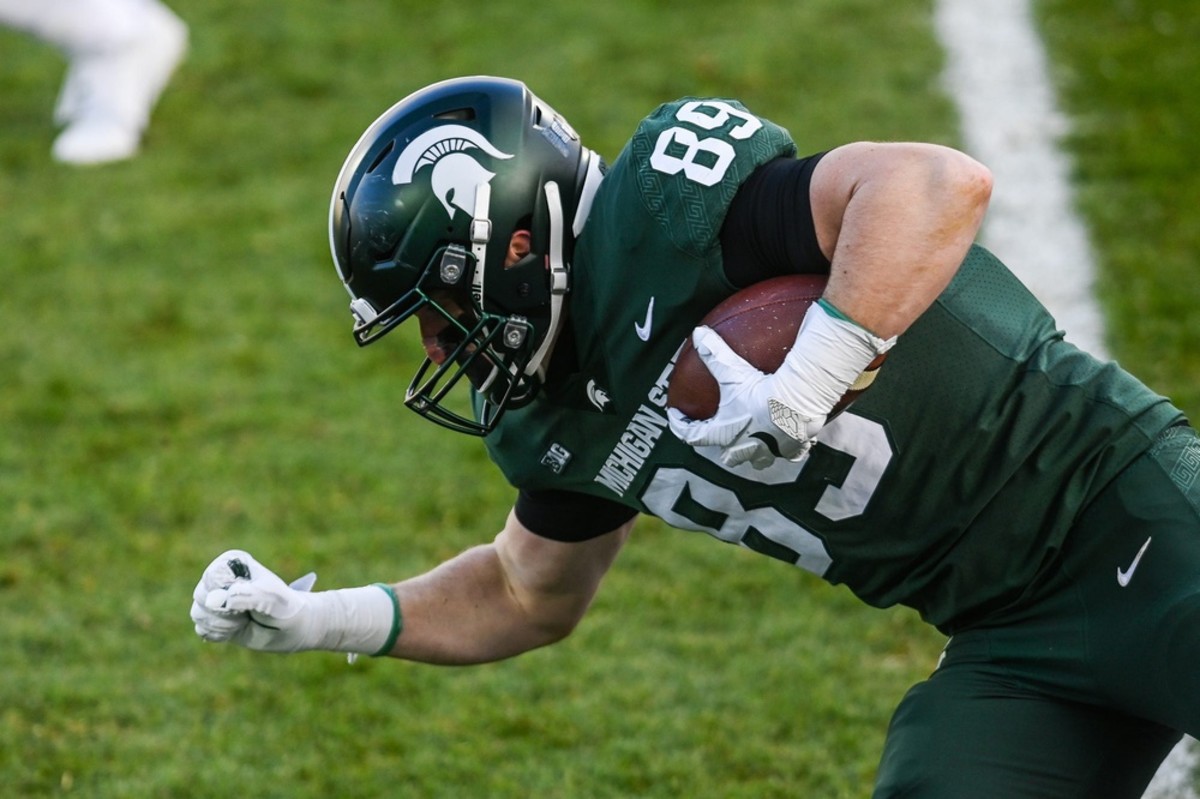 East Lansing, MI – Matt Dotson is coming back next year.

Even though Dotson has already played four seasons at Michigan State, the NCAA granted all fall sport athletes an additional year of eligibility due to the pandemic.

He is the fifth student-athlete who plans on taking advantage of the extra season, including Matt Allen (C), Jacub Panasiuk (DE), Matt Coghlin (K), and Drew Beesley (DE).

On Wednesday, Tucker confirmed that Coghlin, Panasiuk, and Beesley would be back this fall after all three hinted at their plans through social media.

“We’re going to see what’s going to happen with Luke,” Tucker said. “I’d love to have him back. Dotson is back with us. For sure, those guys.”

Later, when the question arose again, the 25th head football coach in school history said, “Some of those guys will be back; some of them won’t be.”

Please tell us what you think in the comment section below.

Want the latest breaking MSU news delivered straight to your email for FREE? Sign up for the DAILY Spartan Nation newsletter when you CLICK THE MAGAZINE ICON at the top left of the page or the FOLLOW button back on the main page. Don’t miss any of the latest up to the second updates on Michigan State Sports when you follow on Twitter @HondoCarpenter @McLainGrant1

College basketball rankings: Losses by Villanova and Houston lead to shake-up in top five of new Top 25 And 1

Meet BellaTeq, the first all-female Teqball team hoping to signal a ‘new era’ for the sport