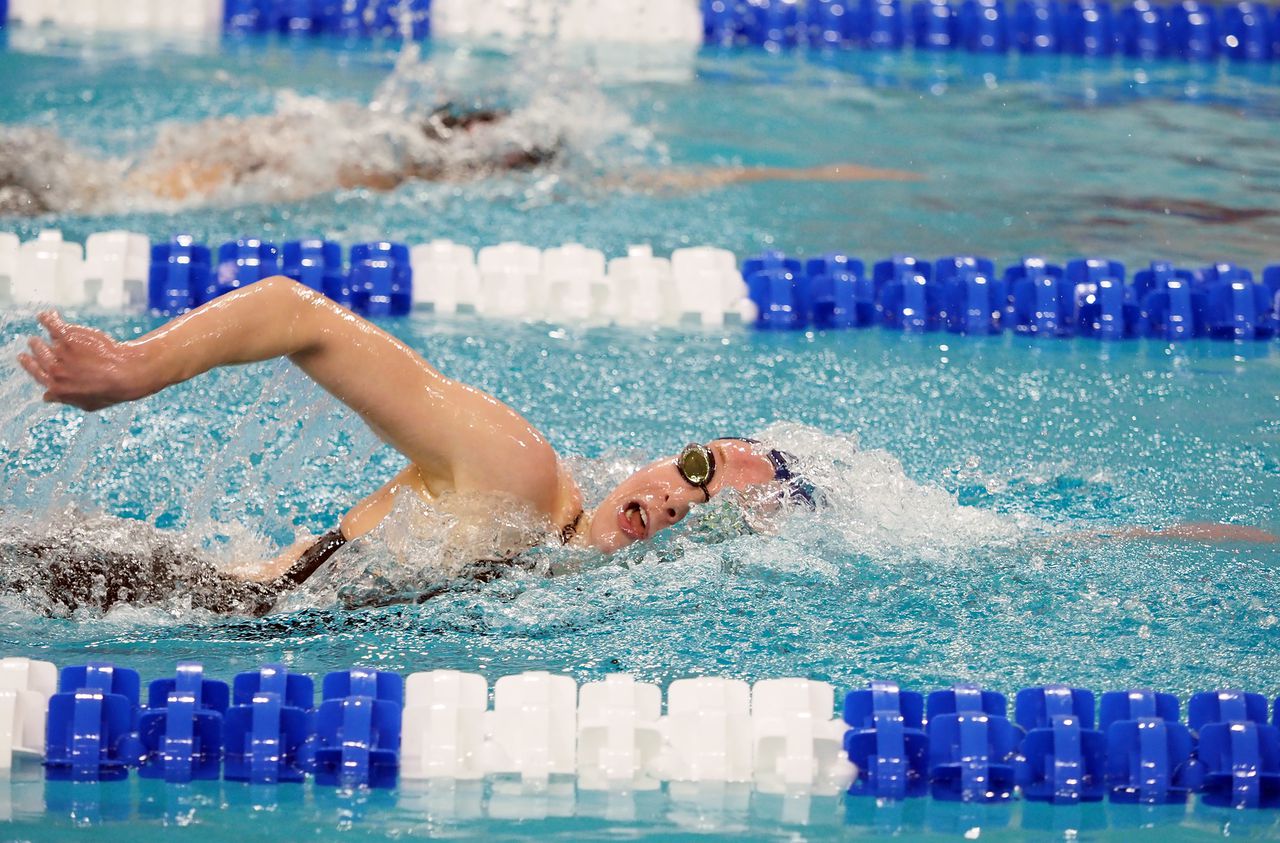 It’s already been an excellent 2021 in the pool for Paige Madden, with a chance to get exponentially better.

Madden, a Mobile native and UMS-Wright graduate, won individual championships in the 500-yard freestyle, 200 free and 1,650 free, and also shared in a relay title. She was selected as MVP of the meet.

“It was pretty perfect, about as perfect as it could go,” Madden said in an interview last week on Mobile’s SportsTalk 99.5 FM. “Last year’s meet was canceled (due to COVID) and that was really disappointing, because we were seeded first going in. We knew this year we could be back in the same position and we were able to do that. It was really exciting that we won, something we’ve been working for the past two years.”

Not only were the 2020 NCAA championships canceled but also the Olympic Games in Tokyo, which were pushed back to this summer. Madden is considered a strong contender to make the team after winning a silver medal in the 200-meter freestyle and sharing in a gold in the 4×200 free relay at the 2019 World University Games.

This year’s Olympic trials are set for June 13-20 in Omaha, Neb. The top two in each individual event and the top six in relays earn a spot with Team USA for the Tokyo games.

“I think I have a pretty good chance, because my best even is a relay event, and they take the top six swimmers,” said Madden, who at 22 is considered in her prime as a swimmer. “So I’m pretty lucky in that part. Last year, I was seventh in (the 200 free) overall and this year, I’m third.

“It’s definitely something I’m shooting for, but not necessarily counting on, because you never know what can happen.”

A lot remains unknown as the ramp-up to the Olympics continues, though the world in general and the swimming world in particular is in a better place now than they were a year ago. Not only were all NCAA and international competitions canceled due to the pandemic, but many swimmers found it difficult to train due to the lack of access to pools during quarantine.

Madden said Alabama’s laws were not as restrictive as some other states, so she was able to access pools for a time through her membership in the City of Mobile Swim Association. Later, after that was no longer an option, she improvised.

“I was able to use the pool through CMSA, but then that kind of got shut down,” Madden said. “But luckily, I was able to access my neighbor’s backyard pool, which I have to thank them for that.

“And I actually swam in Mobile Bay one time. That was an experience. It was very cold and hard to see. But I got creative with it. I don’t think I ever went more than three weeks without a pool.”

Madden held seven Alabama state high school records when she graduated from UMS-Wright in 2017, and has been selected All-ACC in 13 events and All-American in 14 during her time at Virginia the last four years. Notably, she did not lose an individual race during the 2021 season.

A kinesiology major, Madden was the ACC Co-Scholar Athlete of the Year in 2020 and recently received an NCAA postgraduate scholarship for “performing with distinction in both the classroom and [her] sport while demonstrating exemplary conduct in the community.” She could return for a fifth season of college competition after the NCAA awarded an extra year of eligibility to all athletes due to the pandemic, but said she remains undecided on her plans past this summer.

“They’re actually trying to convince me to (come back) that right now,” Madden said. “I haven’t made up my yet, but it’s definitely an option. I’m kind of leaning towards not doing so just because of the (Olympic) trials over the summer. I’ve already graduated, but I did apply to a grad program just in case. It will be pretty interesting to see how things shake out.”

You can hear the full interview with Paige Madden HERE.