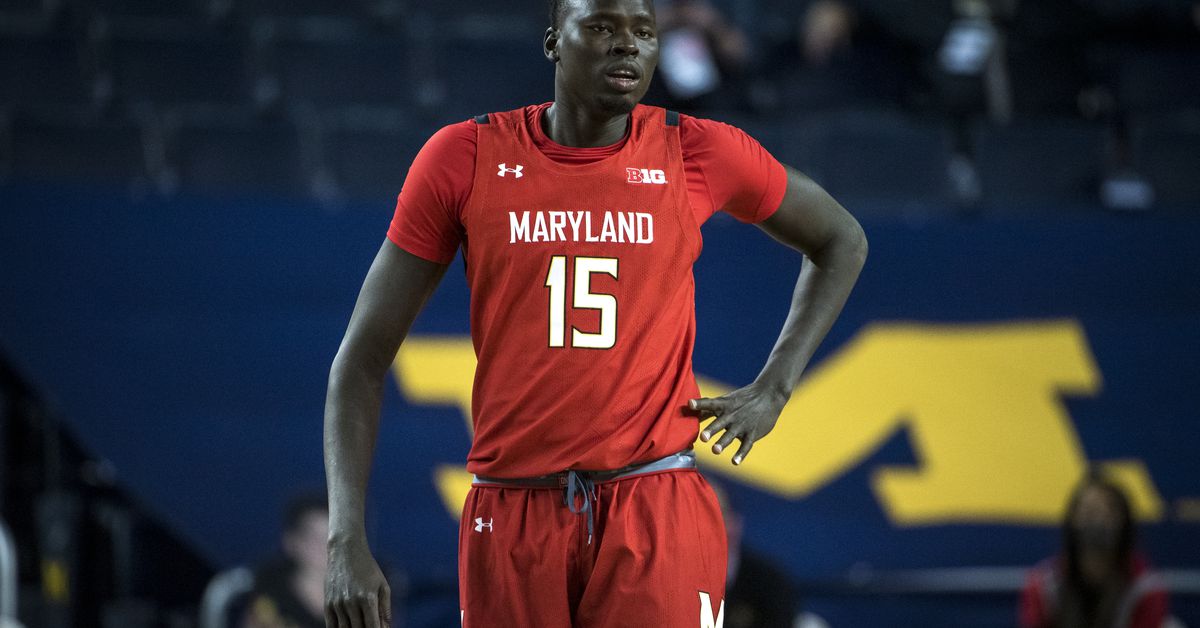 “I want to thank Coach Turgeon, the coaching staff and my teammates for two memorable years at Maryland,” Marial said, per release. “I am thankful to Maryland for helping develop me into the player I am today and will always remember our Big Ten Championship.”

Standing at 7-foot-2, 235 pounds, Marial had a difficult time finding a solid spot in the lineup despite the Terps’ struggle in the low post. The sophomore only played 111 minutes this past season, averaging 1.6 points and 1.1 rebounds over 18 games.

Marial’s final basket as a Terp came during the game against Alabama in the Round of 32 which also happened to be the team’s final basket of the season.

Once considered one of the top players in his class, Marial was injury-ridden through his last two years of high school. Shortly after he arrived in College Park, Marial had surgery for stress fractures in both legs after doctors discovered he hadn’t gotten the proper prior medical treatment.

Even after the surgery, he struggled to find his footing back on the floor and was never able to get back to the elite level he showed earlier in his career. That year, he appeared in 13 games and posted a total 10 points, 19 rebounds and five blocks. He was expected to make big strides this past season, but the pandemic prevented him from training with Maryland’s staff during the summer and he never found his way into the rotation.

“We enjoyed having Chol as part of our program the past two seasons. Chol has always been a tremendous teammate and always brought a positive attitude,” Turgeon said, per release. “I understand his desire to seek more playing time and wish him nothing but success in the future.”

Here is where the Maryland men’s basketball scholarship roster stands with the departure of Chol Marial.

The Terps have nine potential returnees and two incoming freshmen. Darryl Morsell and Galin Smith opting to return would not count against the 13 spots allowed. pic.twitter.com/FKHS0VkemF

Frese shared a special moment with her parents.

Maryland volleyball’s key talent continues to prove itself this season.