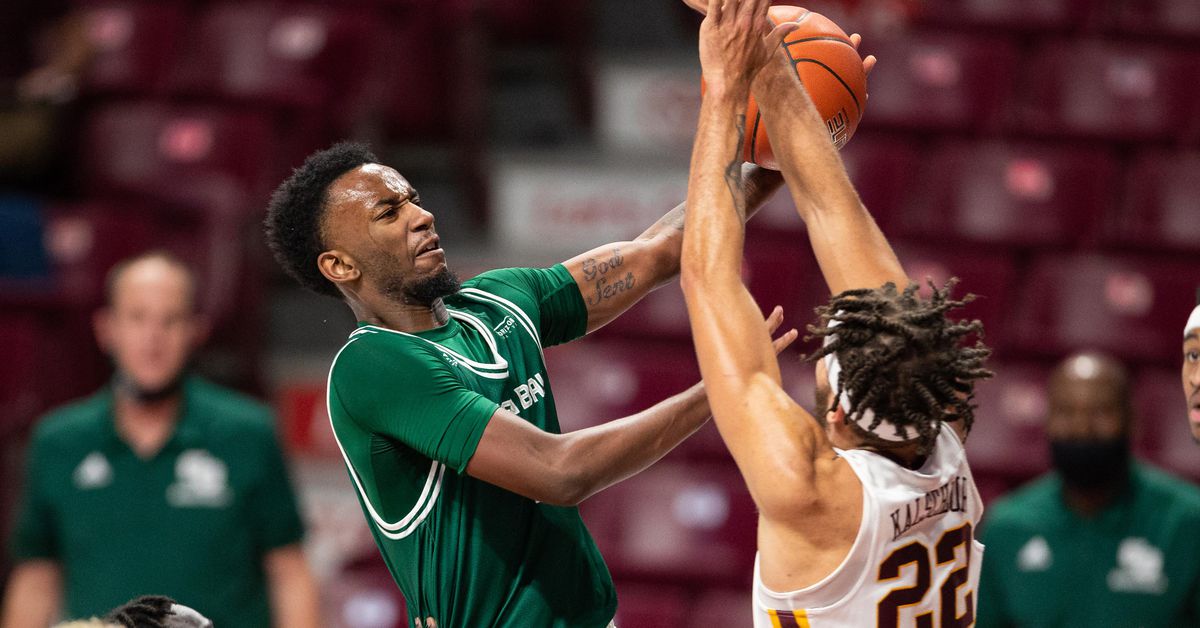 Missouri Basketball Recruiting: Amari Davis is the first step in the roster reset

When Amari Davis committed to Missouri it caught me a bit off guard. I think it caught a lot of people off guard. After all, Xavier Pinson announced he was transferring on Tuesday, Davis was offered on Wednesday, and by Thursday Davis had made the call to commit. That’s… fast.

The background here is Davis was recruited to Green Bay by Linc Darner, a former Purdue teammate of Cuonzo Martin’s, meaning it was easy to figure out the fit on both sides. Darner was fired last year and Davis opted to stick around to give new coach Will Ryan a try. Darner coached an uptempo style offense, and Will Ryan is the son of former Wisconsin coach Bo Ryan… so I’ll let you guess how things went with the pace of the ball club.

I’m going to let Matt dive more into what sort of player the Tigers are getting in the Ohio native, and we’re going to talk about a few things: 1) how Davis fits into the roster, and 2) how this early commitment impacts the rest of the spring recruiting period.

For one, the graphic has been updated:

This graphic is going to be very temporary, as the likelihood of either transfers out or transfer in remains high… so keep that in mind.

The good news is this does balance the classes a bit. Davis is currently a sophomore, meaning he joins the class of 2023 with Kobe Brown, Ed Chang, and Parker Braun. Early reports on his play have him as a bit more on the Combo Guard side than a point guard, so when I made the roster-by-position chart, I stuck him in that spot. This looks a little better than a few days ago:

In all honesty, the weight of the two senior wings and two junior combo forwards makes the image look a little worse. While there is still work to do, Davis filling a very needed and necessary spot. Davis is a scorer, so I’d expect him to do a fair amount of it next year, but I also don’t think you can expect him to produce like he did at Green Bay. The Horizon League hasn’t been in the top half of the leagues since 2016. But again, it’s a step in the right direction of filling the holes going into next season.

A depth chart at this point is useless, because I’m not sure if anyone is coming back. The portal is that crazy. And the coaching carousel is just starting to rev up.

I get it, it’s difficult to look at this roster after a disappointing finish and losing the bulk of your production and be excited about next year. I won’t say be excited for next year, but I’ll say you can’t shovel dirt onto the season just yet.

This week alone has been a roller coaster, and the transfer portal keeps filling up. Mizzou fans went from keeping a close eye on North Carolina VIP message boards to watching Caleb Love tweet a return to Chapel Hill for his sophomore year.

Heard Monday it was 50-50 whether Love would stay at UNC or enter the portal. There were lots of rumors about meetings and most thought he was all but gone, but my info was always ‘nothing is certain’.

My approach was to assume he was staying until told otherwise. Glad I did.

While Love was deciding to stay at UNC, Shaka Smart was finalizing a deal with Marquette to be their next coach, absolving Texas of the buyout altogether. Smart has been on the hot seat for years, as he recruited well but never broke through. Even this year, the Longhorns landed a 3-seed, their highest seed in three appearances over six years.

But what it creates is another vacuum of players. Not just the players on Texas’ roster, where multiple players have already declared for the draft or entered the portal. Most Mizzou fans will point out former recruiting target Courtney Ramey is sitting on the Longhorns roster with a year of eligibility left. But it’s not just about who is on the roster; Texas signed two players with Mizzou offers in David Joplin and Tamar Bates. Now both could be up in the air.

This is the time of year to be aggressive but still show patience, because players are still rolling into the portal. Coaching changes unfurl new waves each hour. Following VerbalCommits on twitter becomes an exercise in futility to try and keep up.

Missouri hasn’t been linked to a ton of prospects (unlike say… Arkansas) but you have to trust they’re doing their homework. They took Davis quickly because the homework was easy. You call Linc Darner, Darner gives you the lowdown, tells you straight up what kind of kid he is, and you make the move. Davis probably called Darner as well. It makes sense.

But the rest of the players Missouri is looking into you have to see the previous relationship if you expect to move fast. Otherwise, be patient and make sure you’re getting the right guys. There are power conference All-League players in the portal, but make sure the fit and need is right.

And of course, as fans, be patient as well. There’s still a lot of time to figure out the rest of this roster… but Missouri isn’t done.