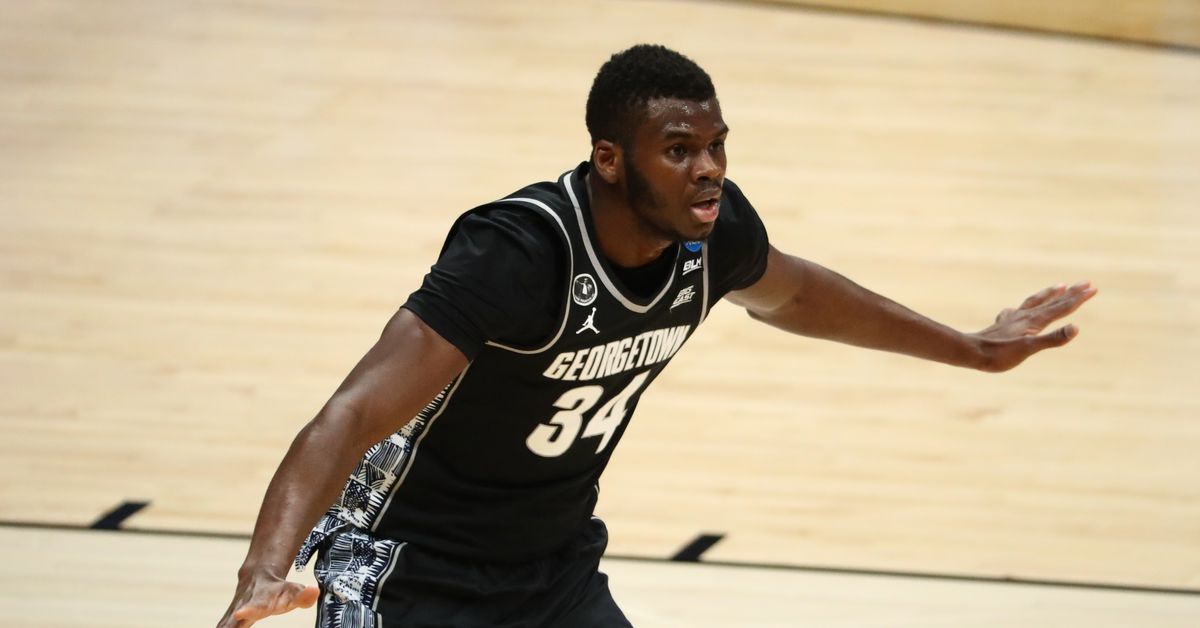 Maryland men’s basketball has landed its first transfer of the offseason, with Georgetown center Qudus Wahab announcing his commitment Saturday.

Wahab was part of the Hoyas’ 2019 class, coming in as a three-star prospect and the No. 136 player in the nation out of the Flint Hill School in Virginia. With 2021 four-star center Ryan Mutombo, son of the great Dikembe Mutombo, entering the program this offseason, there appeared to be a logjam for minutes.

Maryland has been looking for a strong post presence since the departures of Bruno Fernando and Jalen Smith, including striking out in the transfer portal last offseason. With 7-foot-2 center Chol Marial also entering the portal this week, the lack of frontcourt depth was heightened even more.

Because of those misses last summer, the 2020-21 Terps used a variety of small lineups with Donta Scott playing the four and five positions. The addition of Wahab will provide key talent and support down low with freshman Julian Reese entering the fold and Galin Smith being eligible to return.

Maryland likely isn’t done searching through the transfer portal this offseason with one more open scholarship that could be filled. The team’s lack of depth at the point guard position could be the next option.