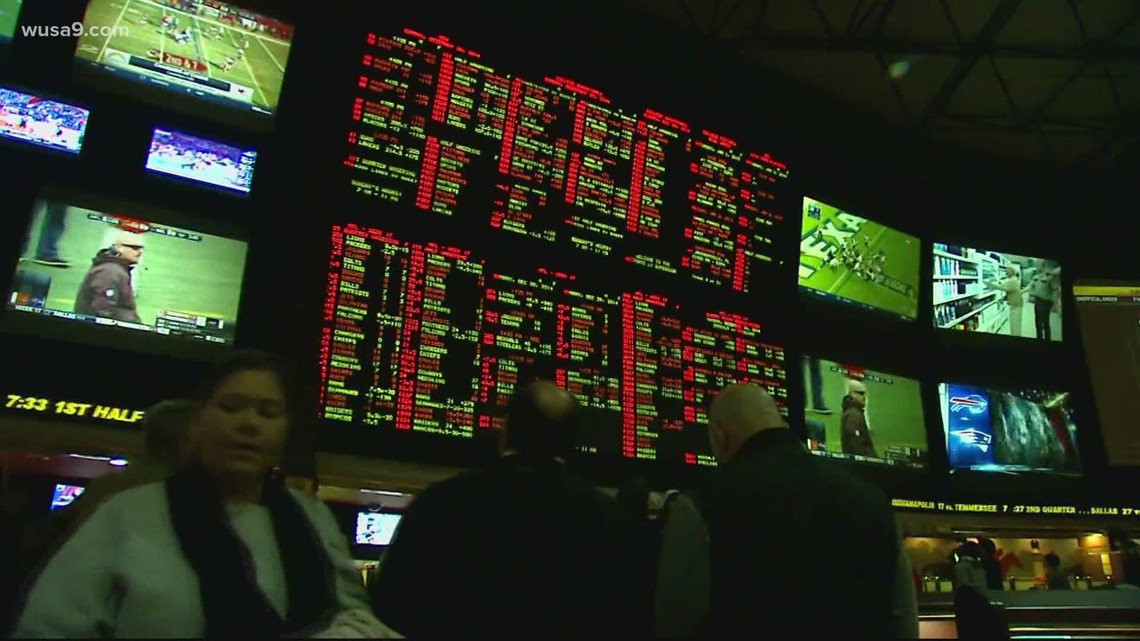 With March Madness returning to TV sets across the nation, we look into the status of sports betting in the district.

WASHINGTON — After a chaotic year full of canceled games and tournaments due to the global pandemic, March Madness is back in 2021. With the reemergence of sports in general, some have raised questions about sports betting in D.C.

Currently, there are just two ways to participate in sports betting in the District; The virtual app, GAMBETDC and the sportsbook at Capital One Arena, run by William Hill.

Nicole Jordan, Director of Marketing and Communications at DC Lottery, said that the pandemic impacted the spread of sports betting in the city.

“We were actually ready to hit go,” she said. “And then the pandemic happened.”

On the DC Lottery Website, there’s a full breakdown of current applications to create a sportsbook in the city. In total, there are four Class A or Class B proposals:

Elizabeth Morin, one of those neighbors, told WUSA9 that they had safety concerns about such a cash-heavy business coming to their neighborhood.

The President and CEO of Handle 19, Shane August, said that this pressure from the ANC and local neighbors contributed to them temporarily withdrawing the application.

“We would love to stay at 319 Pennsylvania Avenue,” he said. “Because I just think it’s a great opportunity. And it can provide a lot of value and benefit to the area. But as of now, all options are open.


August said that they are now looking at options across the DMV. He said it’s also possible that they re-apply at the same location in Capitol Hill.

These Capitol Hill neighbors were concerned that the potential violence would follow the sportsbook into their neighborhood.

“What kind of criminal wouldn’t want to walk by here in the middle of the night,” she said. “When a major game has just played. A bunch of folks has just lost money or gained money. And now they’re all outside with cash in their wallets.”

Madness is upon us and there is fun to be had with @GambetDC! Get in on the action and you could win $21K just for betting. #DoYouGambetDC #LotsOfPeopleWin #MarchMadness #CBB #GamblingTwitter pic.twitter.com/TKdxviT7yi

Brett Smiley, The Editor In Chief of SportsHandle.Com said that most of the applications for sportsbooks across the country have been in casinos, race tracks, and sports arenas. This makes these smaller applications notable.

“It is kind of unique in D.C.,” he said. “Where there may be these stand-alone bars or class B venues.”

With Handle 19 temporarily withdrawn, the only active class B application is Grand Central in Adams Morgan, which would be located at 244718th St. NW.

“I think part of it is you need to have a lot of financing in order to be able to run a sportsbook,” said Smiley.

Jordan, from DC Lottery, said that more applications are likely in the next year, as the effects of the pandemic pass.

“We are in talks with lots of privately operated books,” she said. “Who we were in negotiations with before. And then the pandemic happened and they slowed down. Now we’re seeing those conversations happening again.”