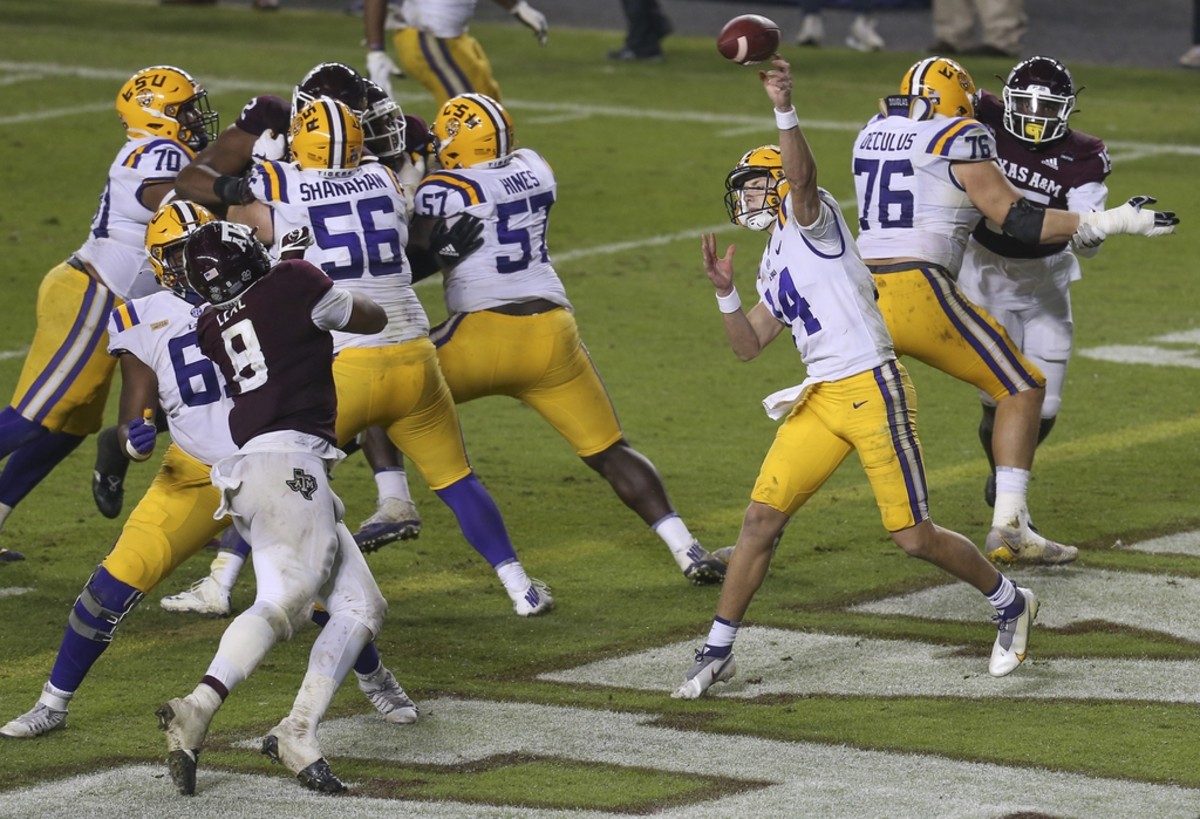 After a bumpy 2020-21 season, the LSU Tigers remained focused on getting their offensive line to return to Death Valley for a chance to do something special.

Inconsistency up front plagued the Tigers week in and week out as LSU could only manage 3.3 yards a carry in the run game, with pass blocking being subpar as well. LSU quarterbacks were sacked a combined 17 times, hit 34 times and pressured a whopping 86 times.

However, to close out the season, the Tigers offensive line looked astounding, giving time for Max Johnson to create with his legs as well as open up the run game for the offense, showing promise up front.

With the entire offensive line electing to return to Baton Rouge, it gave players such as Austin Deculus, Ed Ingram and Liam Shanahan even greater reasoning for returning to Coach Ed Orgeron’s group.

“For me, one reason was last year’s 25% capacity, with COVID going on, it wasn’t quite the LSU, SEC experience. It gives me another year to get better and prove myself in the SEC,” Shanahan said on his return to LSU.

Shanahan’s return was a “no brainer” for him as the opportunity to play on the biggest stage is what led him to Death Valley as a graduate transfer.

For some, electing to come back is a result of needing more NFL film and getting their body prepared for the next level.

“We let each other make our own decisions,” said junior offensive lineman Ed Ingram. “I felt like I could use an extra year at LSU since I did miss a whole year. This gives me the chance to build my own brand and also build my draft grade up.”

This offensive line group is very tightknit, giving each other the space necessary to make the best decision for them and their families. At LSU, each year is special and these players knew a chance to return to the biggest stage can help them down the line.

After a rough stretch for the Tigers last season, going 5-5 overall, players want to leave a legacy in Baton Rouge, not having mediocre results. That fire and drive is what led players such as offensive lineman Austin Deculus to return to Death Valley for a whopping fifth season.

“To come back and bounce back from last season, to give this program another championship is my reason for coming back,” said Deculus. “Two days ago, they actually took the Joe Moore Award (given to the best offensive line in the college) away from us to give to this year’s winner. Our main goal is to bring it back to where it belongs.”

The drive and desire for success among this LSU group is what will bring the Tigers back to peak form and compete for a national championship.

On offense, it all starts up front, and with the whole offensive line buying in and electing to return for this upcoming season, the Tigers will have championship aspirations going into week one against the UCLA Bruins.