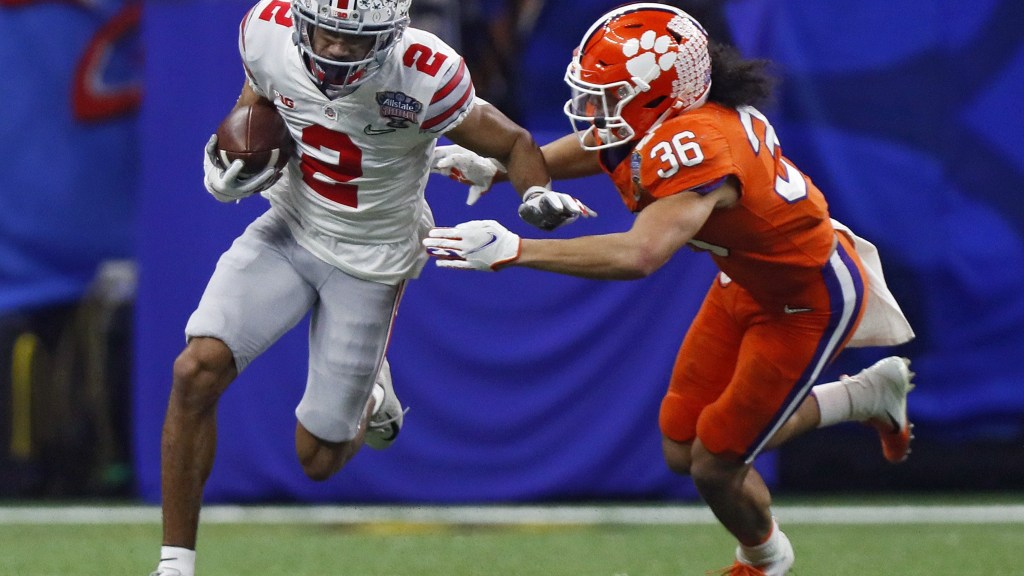 LOOK. Ohio State football has had some crazy speed in recent years

We all know Division I athletes are athletic freaks. They won the gene pool lottery, and it gives them the ability to do things us mere mortals only can dream of. Speed is one of those gifts.

Who among us hasn’t watched the 100-meter race in the Olympics and wondered what it might be like to move that fast and fluid? From the looks of a screenshot of Chris Olave’s Instagram story, some of the guys at Ohio State know exactly how that feels.

Like most programs, OSU keeps track of records. Athletes like to know where they stand and a little competition drives the best of the best. Olave’s story revealed there is some serious speed on the current Ohio State team, led by Master Teague with a 4.35 40-yard time. That’s really impressive if you’ve seen the recent shirtless picture of Teague and how massive he is.

I know Teague has been taking hits for not being as dynamic of a runner as some of his predecessors, but let’s cut the guy some slack. He was playing behind J.K. Dobbins, who was a pretty special talent. And last season, Teague was coming off an Achilles injury.

Olave himself made that list as well coming in at a 4.38 time in the 40-yard dash. Somewhat surprising on the list was Justin Fields also with a 4.38 time. We told you that Fields recently ran a 4.41 and might break that barrier leading up to the draft, but it looks like he already has done so at some point in the last two seasons.

The bottom line is this, speed kills and the Buckeyes have speed to burn. And that’s going to keep playing right into Ohio State’s game plan as they prepare for another title run.