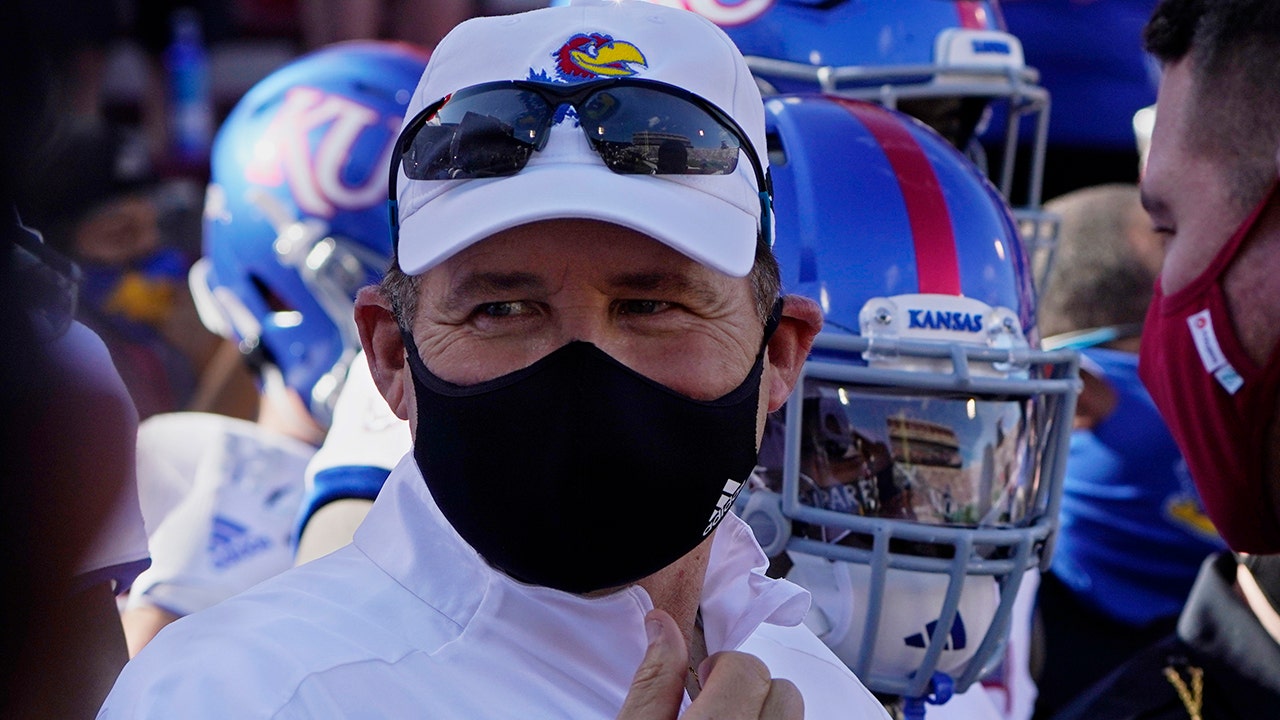 Les Miles has been ousted as head football coach at Kansas after allegations of inappropriate behavior with women at LSU.

Jeff Long, the athletic director for Kansas, said in a statement that the school and the one-time Louisiana State University coach “have mutually agreed to part ways.”

Miles also issued a statement calling it a “difficult day” for him and his family.

“I love this university and the young men in our football program. I have truly enjoyed being the head coach at KU and know that it is a better place now than when I arrived.”

The Advocate, the New Orleans paper, said KU has begun a search for a new head coach.

Miles was placed on administrative leave Friday night, hours after a report released by LSU revealed school officials there considered firing him in 2013 because of his behavior with female student workers.

Miles, 67, was entering his third year as Kansas coach, and coming off a winless 2020 season. He was coach at LSU for 11-plus years before being fired four games into the 2016 season.

He has denied allegations he made sexual advances toward students and has said he merely sought to serve as a mentor for students who expressed an interest in pursuing careers in sports.

The Associated Press contributed to this report