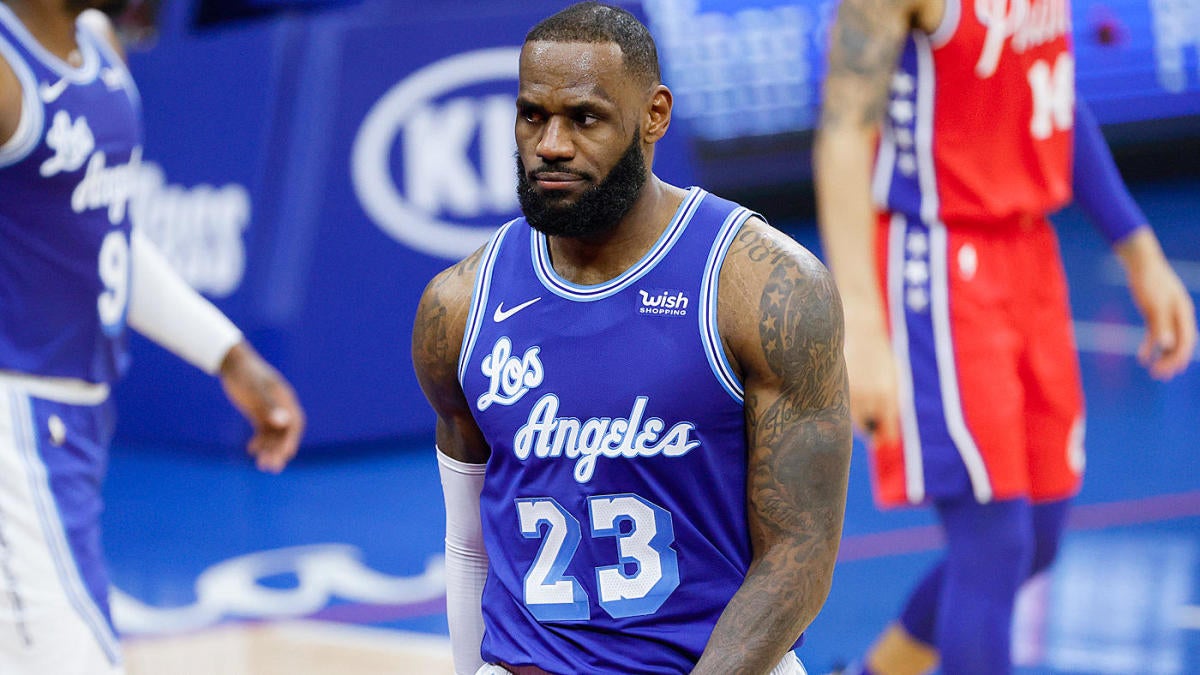 LeBron James was wrongfully denied MVP in years past, but those regrets should not lead to new mistakes

The country just finished one campaign season, and now it feels like another has arrived too early in the NBA: The frenzied, not-too-subtle push to pretend LeBron James is a lock for the 2021 MVP Award.

From NBA media types — many of whom will vote for the award later this year — compiling early-season MVP lists, to league executives and former team VIPs, to surveys pushing the various candidates, there has been a current of incredulity that anyone should really displace King James from claiming another MVP crown.

Thanks for signing up!

Keep an eye on your inbox for the latest sports news.

There was an error processing your subscription.

Not from everyone. But from an eyebrow raising and vocal cluster of influencers who can shape these things.

That’s true despite having just hit the 20-game mark — the number of games usually noted as the minimum necessary to start making judgments about a team, player or season. And despite the fact that Joel Embiid and Nikola Jokic continue their displays of dominance at levels, and for teams, that certainly makes equally compelling MVP cases.

Let’s call it the Paradox of Past Mistakes. Or throwing good money, potentially, after bad.

Because that’s the dilemma in any MVP talk, premature or otherwise, in a league dominated by LeBron James for almost two decades. The past, and the mistakes we voters have potentially made there, have a way of haunting our judgments in the present.

LeBron’s stats this season are, as always, otherworldly, and his impact — the “value” he brings to his team — cannot be argued. He’s averaging 25.0 points, 7.7 rebounds and 7.5 assists while shooting 49 percent from the field and making almost 41 percent of his 3-point shots.

It’s the “most” in MVP that should still very much be up for debate this year. The present makes a strong case for guys like Embiid or Jokic, at least so far. It’s the past that’s the problem.

Many of the reasonable votes for someone else’s MVP case in years past (I voted for Stephen Curry in 2015 and 2016, and would have voted for Derrick Rose in 2011 if I’d had one, a vote I surely would have regretted) have a tendency to curdle shortly after the hardware has been handed over.

Last year, Giannis Antetokounmpo won the award for the second consecutive time, and then promptly failed to make the conference finals. That may not dent his greatness or worthiness, but watching LeBron hoist another trophy makes you wonder if he has enough of the other hardware to go with it.

James Harden was the MVP winner in 2018, but it was LeBron who carried an otherwise star-less squad (sorry Kevin Love) to an NBA Finals. He did it, as he always did, with stats that bested others (see: Steve Nash) who won the award without that value translating to a Finals appearance, let alone Finals win.

Russell Westbrook wowed with his triple-double feat in 2017, a statistical marvel helped by increased pace of play (and thus inflated per game numbers) and Westbrook’s early-on employment of the benefits of a sky-high usage rate. Overlooked was the Thunder’s sixth-place finish in the Western Conference (there was also an eventual first-round playoff exit) and a season for LeBron in which he went nearly 26/9/9 and — checks notes, gasps — shot 54.8 percent from the field while finishing fifth in assists.

LeBron should have won that award, a case I made repeatedly on CBS Sports Radio that season. He finished fourth.

And then there’s the Rose MVP case, a vote that felt right then but, surely today, in retrospect, with more knowledge of analytics and LeBron’s value, has surely long since passed its expiration date.

There’s a domino effect of past regrets causing new mistakes, and then those mistakes cascading forward, right here into 2021. Michael Jordan should have won many more MVPs than he did. Perhaps, knowing that, some voters didn’t want to rush to crown LeBron too soon. Then Curry arrived. Then Giannis arrived. And suddenly, here we are, LeBron James again the best player on Earth, and many NBA writers — and, one could argue, a particular network — are already ramping up the “LeBron for MVP!” hype machine 20-some games into the season.

It feels a lot like a make-good for past regrets. It’s an understandable sentiment, but it’s not worthy of the award itself, nor what’s actually happening so far this season.

Let’s slow that down. LeBron may win this award come the season’s end. He may deserve it. And there have certainly been past mistakes, as happens, that have shorted LeBron in the past. But there’s no going back, and no correcting what we got wrong (Westbrook!) way back before. All that does is compound the problem, and push it down the line.

So far, in the here and now, it’s a three-man race, and LeBron, at least today, is not in first, at least not for me.

Embiid’s 28.3 points and 11.1 rebounds per game are remarkable. He and Jokic have nearly historic player efficiency ratings. And most telling — most “valuable” — the 76ers are 0-4 without their big man and 15-2 with him. He’s the reason they lead the Eastern Conference.

Speaking of Jokic, the Nuggets big man is putting up 26.8/11.8/8.6, while playing markedly improved defense and helping Denver keep pace in a crowded Western Conference.

Kevin Durant is on fire. And with so much time left, guys from Kawhi Leonard to Damian Lillard to Curry could very, very easily push their way into real contention.

This year’s MVP race is going to be close, competitive and come down to the wire. Things can, and almost surely will change. But let’s stop with the this-is-LeBron’s-award-to-lose-and-all-other-possible-challengers-are-futile silliness.

You can’t correct past mistakes by jumping the gun and committing new ones. Don’t hand LeBron James an MVP award in February because you regret those you took away in 2017 or 2011.